Chancellor Merkel's visit to Algeria has been called off because President Bouteflika is too sick to meet. The two-day trip was part of an effort to stem migration from North Africa in an election year in Germany. 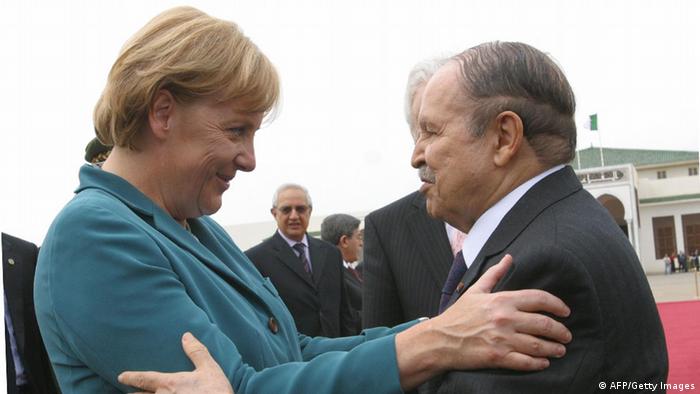 German and Algerian authorities agreed to reschedule the visit due to Bouteflika's "temporary unavailability," the APS state news agency reported, citing a presidential statement. Dates for a rescheduled visit are yet to be announced.

The surprise cancellation came shortly before Merkel's plane was set to take off from Berlin and as German flags lined the Algiers airport in preparation for the German chancellor's arrival.

Steffen Seibert, Merkel's government spokesman, wrote on Twitter that the Algerian government requested the postponement and that "the chancellor complied with the request."

Algeria's 79-year-old leader rarely appears in public since a 2013 stroke left him confined to a wheelchair. In the past, he has traveled several times to France for medical treatment.

Bouteflika has been in power since 1999 and his current term will end in 2019. 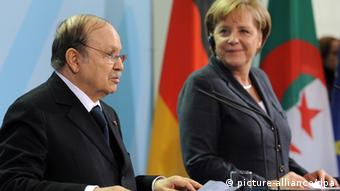 The cancellation comes as Merkel seeks to build closer relations with North African countries including Algeria, Tunisia and Morocco in order to speed up deportations of asylum-seekers whose applications have been rejected in Germany.

Some of Merkel's key concerns also included increasing cooperation to limit migration from North Africa to Europe and address security concerns in light of a truck attack on a Berlin Christmas market last December. The attack was blamed on Tunisian national and rejected asylum-seeker, Anis Amri.

The German chancellor had been scheduled to meet with business leaders and the prime minister as well as tour a girls' school where the German language is taught during her visit on Monday and Tuesday.

Merkel last visited the North African country in 2008. Algeria borders Mali and Niger - two key transit countries for migrants and refugees - as well as Libya, the county where a vast majority of migrants attempting to reach Europe via the Mediterranean set sail from.