German Chancellor Angela Merkel has nominated Saarland State Premier Annegret Kramp-Karrenbauer to be the CDU's next secretary general. She will take over from Peter Tauber, who is stepping down due to health reasons.

Why did Merkel's party succeed in Saarland's election?

Annegret Kramp-Karrenbauer, premier of the small western German state of Saarland, was nominated on Monday to take over as secretary general of Chancellor Angela Merkel's Christian Democrats (CDU). 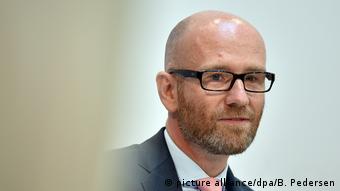 Kramp-Karrenbauer, one of Merkel's closest allies, is respected in the CDU for helping the party win Saarland's state election last year and played a key role in coalition talks between the conservatives and the Social Democrats (SPD).

Announcing the decision at a press conference, Merkel said the party's board accepted Kramp-Karrenbauer's nomination with "strong support," adding that the state premier could "play a stronger role on the national level."

Kramp-Karrenbauer announced that by accepting the nomination, she would be stepping down as Saarland's state premier.

"We're experiencing one of the most difficult political phases in Germany's (postwar) history. I believe that one shouldn't only talk about responsibility in such times, but should also be prepared to be personally engaged," Kramp-Karrenbauer said in a statement.

According to the German daily Süddeutsche Zeitung, Merkel and Kramp-Karrenbauer agreed she would take over the post months ago once it became clear that the current secretary general would not continue.

The outgoing CDU secretary general, 43-year-old Peter Tauber, is stepping down from his post following a serious illness, party sources said on Sunday.

In a blog post headlined "Why I'm making way for a new general secretary" — deliberately using the female form of the word — he announced his departure from the post on Monday. Tauber urged for the CDU to become "younger, more female and more diverse."

"There are not enough young people, far too few women, and not enough Germans with an immigration background who are involved in our ranks," he wrote.

Kramp-Karrenbauer's nomination is significant as the center-right party starts to look for someone who will lead the party and possibly Germany after Merkel. 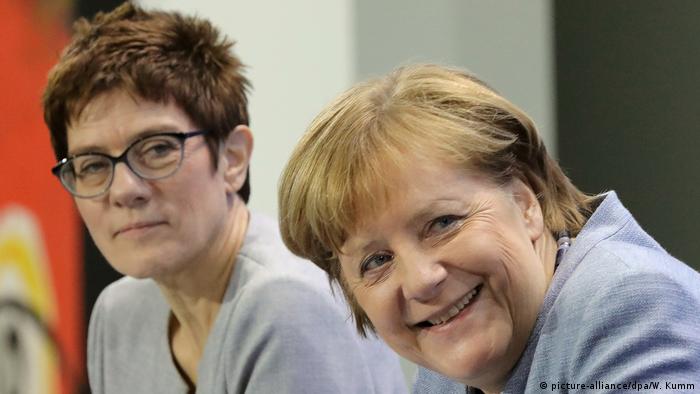 Kramp-Karrenbauer is one of Merkel's closest allies in the party

Merkel's conservative CDU and its Bavarian sister-party, the Christian Social Union (CSU) struck a deal with the SPD to form another grand coalition government that has held power in Germany since 2013.

It's the first time Kramp-Karrenbauer, also referred to as "AKK," will have played a role on the national political stage. The move could prove risky, however, as Kramp-Karrenbauer isn't a member of parliament, and could put her in conflict with the CDU's powerful parliamentary group, reported Süddeutsche Zeitung.

At a party congress in Berlin on February 26, CDU delegates will vote on the coalition deal, as well as decide the party's next secretary general.

The coalition deal's final fate, however, rests with the SPD's 464,000 party members who will start voting on the deal via a postal ballot on Tuesday. The results will be announced on March 4.