New members in Germany′s SPD may play pivotal role in coalition deal′s success | Germany | News and in-depth reporting from Berlin and beyond | DW | 09.02.2018

Thousands of brand-new members of the Social Democratic Party (SPD) may very well be the ones who decide on whether Germany will be governed by a grand coalition with Angela Merkel at its helm. What are they after? 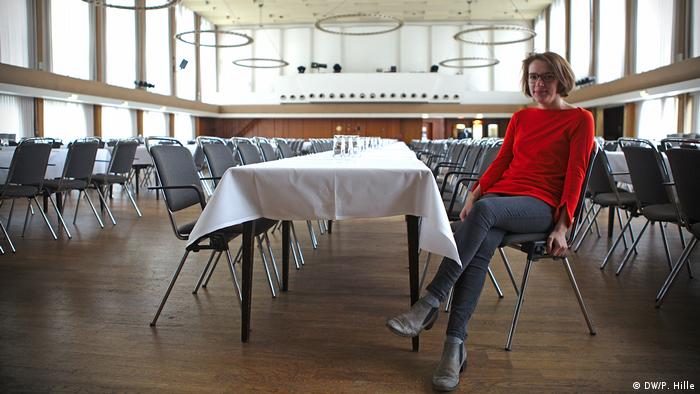 Soft light filters through the white curtains into the large room. Charlotte Jahnz blinks and peers at huge round chandeliers that hang from the ceiling, each one as big as a children's wading pool.

Other than that, the town hall in the southern Bonn district of Bad Godesberg is a typical 1950s building, straight out of an architecture book: angular, with straight lines, an abundance of concrete, and tall windows.

"The chandeliers may have been an afterthought," Jahnz says. The 29-year-old historian is a new member of the Social Democratic Party (SPD), and the town hall she is inspecting is closely linked to that party's history. At the 1959 SPD convention there, the members agreed to revamp the socialist workers' party created almost 100 years before. The SPD became a modern left-of-center people's party, as modern as the building they chose for their convention. 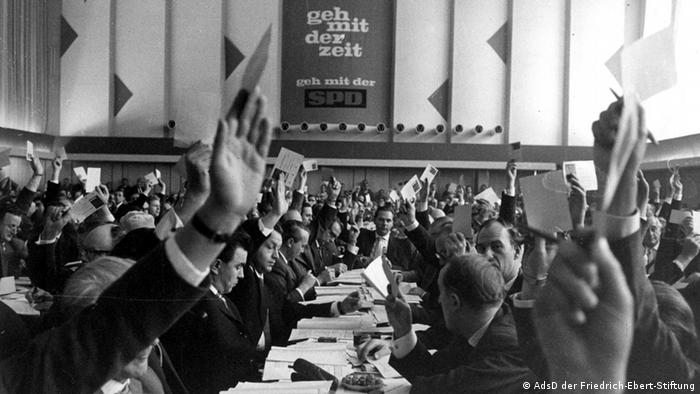 Reorganization is what the SPD needs yet again, Jahnz urges.

"The SPD hasn't really stood out in the grand coalition these past years," she says, adding that the party barely differed from its senior coalition partner, the Christian Democrats (CDU). "It's time the SPD moved further to the left."

Jahnz sent out her membership application only two weeks ago. At that time, the SPD was gathered for a party convention in Bonn, where the delegates voted in favor of negotiating a new grand coalition government with Angela Merkel's conservative CDU and its Bavarian sister party, the Christian Social Union (CSU). "At that point I thought: That's it, I'm signing up" Jahnz says, adding that she had already been toying with the idea to join "if and when the SPD decided to enter into coalition talks again."

After the party congress decision, "I'd had enough," she says.

Jahnz isn't the only one by far. From the start of the year to February 6, the SPD counted a total of 24,339 new members. This takes the number of members eligible to vote in the ballot on a grand coalition to 463,723.

Like Charlotte Jahnz, most of the party's new members are probably wary of a new grand coalition, though Matthias Grossgarten, head of the SPD local chapter in the town of Niederkassel, disagrees.

"In urban areas, many people might be opposed to the grand coalition, but that is not necessarily the case in the countryside," he told DW, pointing out his town as an example, where the SPD strives to be what it claims on election campaign posters, that is "close to the people." 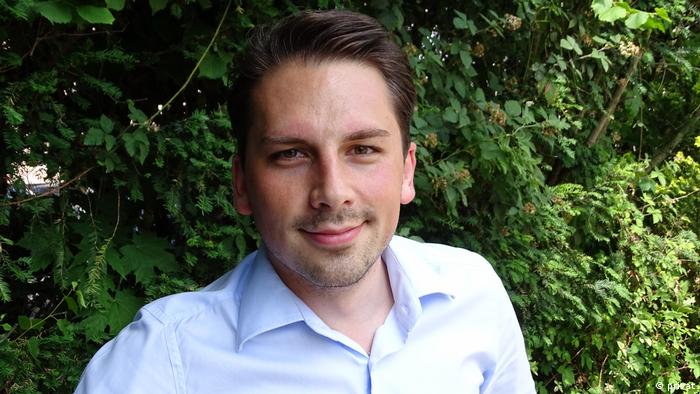 The local party chapter, which also runs a secondhand clothing shop for charity, has 10 new members, according to Grossgarten – as many as they usually get in a year. Some of the new members called to make sure they would be allowed to vote on the federal coalition, including, the politician says, an elderly woman who was vehemently in favor of going into government with the conservative parties.

"Sure, we have opponents and supporters," Grossgarten says, adding that he is actually pleased about the impassioned discussions in meetings and WhatsApp groups because this is a pressing issue "very much on our minds." 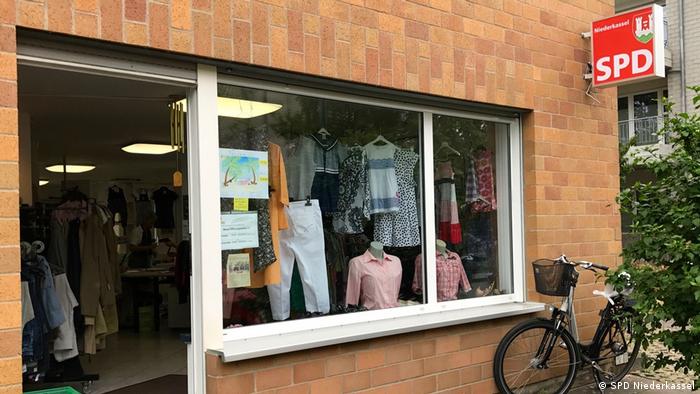 'The paint is peeling'

Back at the town hall in Bad Godesberg, Charlotte Jahnz has strolled around the building, looking in vain for a memorial plaque in honor of the landmark 1959 SPD party convention. Jahnz is fascinated by her new party's long history. The SPD was, after all, the only party still in a position in 1933 to vote against the "Enabling Act," a constitutional amendment that gave the Cabinet – in effect, Chancellor Adolf Hitler – the power to enact laws without involving the Reichstag, the historian muses. "The SPD has definitely earned great credit."

That's the past, but what about the future? The party top brass reached a coalition deal with Angela Merkel, but will the party members refuse to join a grand coalition, enter opposition and let the SPD collect itself – at the risk of experiencing further humiliation at the polls in a new election? Jahnz for one is still unsure whether she will vote for or against the grand coalition.

If the state of the Bad Godesberg town hall – which is to be restored in 2020 – is any indicator of the state of the party, one would have to say: plenty of history, but the paint is peeling. Perhaps new members like Charlotte Jahnz can help make sure the SPD also gets a fresh coat.