The two leaders have met as part of the commemorations of the symbolic event that led to an exodus of East Germans to the West. Merkel thanked Hungary for its role in bringing down the Iron Curtain.

The symbolic event 30 years ago was a show of support for a united Europe that led to the first exodus from behind the Iron Curtain.

"The picnic was the biggest mass exodus from the GDR since the construction of the wall in 1961. The picnic turned into a world event and reflected the values of "solidarity, freedom and a humane Europe," Merkel said, thanking Hungary for playing its part in opening the borders.

Merkel and her Hungarian counterpart attended a service at the Protestant church in Sopron, a city near Hungary's border with Austria, where hundreds of East Germans took advantage of the picnic and fled West.

"Sopron is an example of how much we Europeans can achieve, if we courageously stand up for our indivisible values," the German Chancellor added. 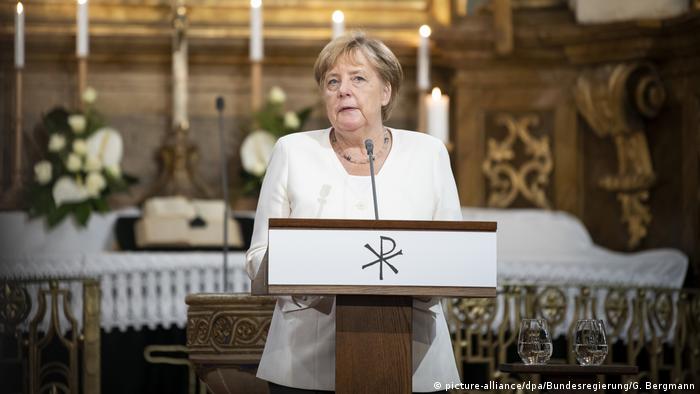 What began as a political, symbolic gathering by the border fence ended up seeing several hundred East Germans crossing over from Hungary to the West. They stormed the flimsy wooden gate at the border and stumbled to freedom in the Austrian town of Sankt Margarethen im Burgenland.

Viktor Orban's anti-immigration policies made Monday's commemoration all the more significant, particularly as his opposite number has taken a very different strategy.

Their last major bilateral meeting was in July 2018 when Orban made his first visit to Berlin since 2015.

Their contrasting views were evident on that occasion as Merkel accused the Hungarian leader of failing to respect "humanity" with his anti-migrant strategy.

Merkel's spokesman, Steffen Seibert, recognized the "differences of opinion" between the two leaders on issues such as refugee policy but said the pair would be discussing current affairs during Monday's meeting.

Orban has a questionable record on democracy too, with European Commission President Jean-Claude Juncker once describing him as a dictator.

Merkel did, however, praise Hungary recently for its role in the fall of the Berlin Wall.