The picnic that changed European history | Europe | News and current affairs from around the continent | DW | 19.08.2014

On October 4, 1990, Helmut Kohl announced that it was in Hungary where "the first stone was knocked out of the wall." The first holes appeared in the Iron Curtain following an August picnic in Sopron. 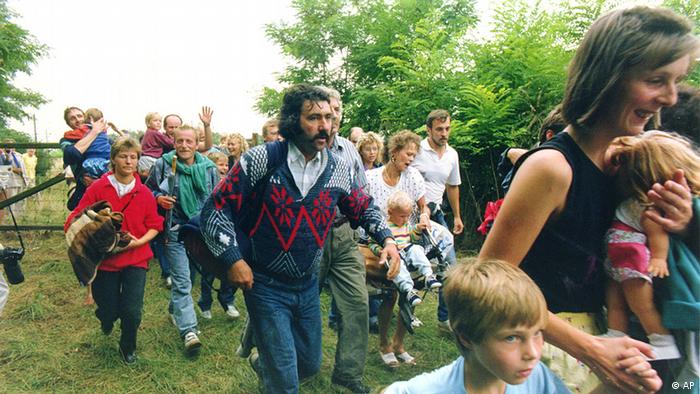 Over a year before euphoric crowds pulled down the Berlin Wall, Hungarian dissidents organized a peace demonstration on the Austro-Hungarian border at Sopron, where the border gate was symbolically - and with far-reaching consequences - opened for several hours.

Today in the hamlet of Sopronpuszta, commemorative plaques, as well as a pavilion and a small bell tower, act as reminders of the field's history. Nothing remains of the original border fortifications. The section of iron fence that still stands was returned to the site after a period of absence in order to at least create some impression amongst visitors that this site was once a border. No one here knows where the historic wooden gate, that was opened for a short time on August 19, 1989, ended up.

A small group of Hungarian dissidents and Austrian politicians had agreed that they would symbolically open the border for a few hours that day so that they could have a picnic together. But it became more than a merely symbolic act: While Hungarians were already allowed to travel freely at that time, about 600 citizens of East Germany, the GDR, used the opportunity to flee to the West. The episode went down in history as a "pan-European picnic." Laszlo Magas from Sopron, now retired, was one of the main organizers of the event back then and still remembers that historic day very clearly.

"It was a stroke of luck or a twist of fate that the East Germans could flee in this way," he says. "At that time we were threatened with prosecution but by the next day I already felt that we had set the world on fire. And a friend said to me: 'We've made history!'" 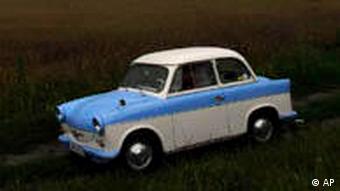 East Germans travelled to Hungary to try and cross the border

That August, tens of thousands of East Germans were already in Hungary, living on campsites, in parks and churches, and hoping to find a loophole that would enable them to escape into the West. Photos of Gyula Horn, Hungary's then foreign minister and Alois Mock, his Austrian counterpart, cutting through the border fence that separated their countries had gone round the world just two months beforehand. News that the border was to be symbolically opened for a couple of hours on August 19 spread like wildfire among the East Germans. Five officials were guarding the wooden gate on the Hungarian side that day. Arpad Bella, then a 43 year-old lieutenant-colonel, was in charge and had received instructions to open the gate for the official delegation at 3pm. But things happened very differently. 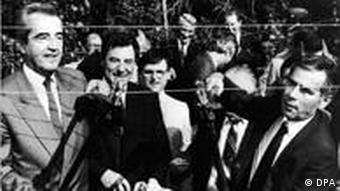 "People from the Hungarian side of the border approached me," says Bella. "I thought that they were the official delegation. It was only when they were already quite close that I realized that it was hundreds of East Germans who wanted to cross the border. I had about 30 seconds to think about what I should do. Should I stop them or should I let them through?"

According to Bella, the orders were clear enough. In this kind of situation he says, you were supposed to start by firing warning shots. But he wondered how this nervous group of people would react if he drew a weapon before their very eyes?

"Perhaps they would have attacked me," Bella says. "Then I would have had to shoot according to orders. Should I risk a bloodbath? If I was to let them through, I would be held responsible. I didn't shoot. An hour later my superior was standing in front of me and angrily explained that it would be on my head!"

A test of the Soviet Union?

To this day it is still unclear what role the Hungarian top-ranking politicians played in the event. Miklos Nemeth, then prime minister, says that they wanted to find out how Moscow would react to East Germans fleeing. This version of events would seem to be supported by the fact that persons responsible did not block off much of the area around the border. Historian Zsolt Vitari shares this opinion.

"It was a test in the sense that it enabled the tolerance of the Soviet Union to be tested a bit," says Vitari. "Ever since 1986 the so-called Brezhnev doctrine, according to which the Soviet Union could intervene if circumstances demanded, was no longer valid. Without the support of the Soviet Union, more aggressive methods could not be used. In this sense Gorbachev was really at the center of these events. That cannot be denied."

But Laszlo Magas, who helped to organize the pan-European picnic, wonders whether it is really possible to speak of a "test" because a clear test arrangement would have been necessary and this did not exist.

"What would have happened if Arpad Bella had opened fire? If we had had a tragedy?" Magas wonders. "I think that both the officials guarding the border and we, the organizers, would have been informed if the escape of the East Germans had actually been planned in advance. But no one told us anything." 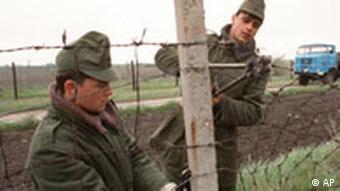 Former prime minister Nemeth claims that they had wanted to discretely tell Arpad Bella not to shoot but that this order had been lost in the chain of command and did not reach the lieutenant-colonel. Today, researchers are investigating what really went on behind the scenes during those days.

Arpad Bella is now retired and leads a secluded life in his parents' house near Sopron. He sometimes invites Johann Goeltl over, his former Austrian colleague who was on duty on the other side of the border that day. The two men get on well and at some point the conversation normally reverts to the old topic.

"Poor Hans Goeltl!" says Bella. "He was in such a flutter when the East Germans marched towards him! 'Why didn't you tell me?' he shouted over to me. 'Have you got bats in the belfry?' And even now, when we eat and drink wine together, he still just doesn't believe that I didn't know anything about it all!"

The fall of the Berlin Wall - from divided Germany to reunification

It was one of the most significant events of the past half-century: On the night of November 9th, 1989, the East German people, through their courage and non-violent resistance, unexpectedly brought down the Berlin Wall. (13.08.2009)

Study: Many east Germans strangers in their own country

A new study of German reunification has found that many eastern Germans still feel alienated from the unified Federal Republic. (23.07.2009)