German Chancellor Angela Merkel says that men also have a role to play in improving gender equality. She noted that while the country has made progress on the issue, there is still work to be done. 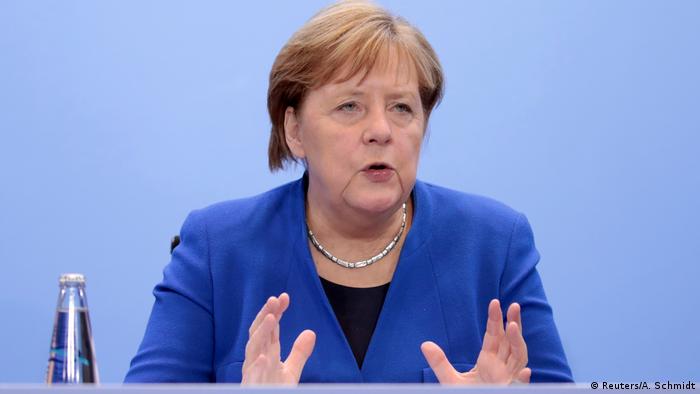 Gender equality is an issue for men, not just women, Chancellor Angela Merkel said in her weekly video podcast published on Saturday.

"Because we can only achieve equal participation of women in working life if men are involved with homemaking, support, care and also the upbringing of children," she said.

Merkel stressed that enforcing equality remains a major issue in Germany, noting the gap between working men and women. "Today, 76% of working-age women are employed," Merkel said. "That is significantly more than a few years ago, but still less than that for men of the same age. It is 84% there."

The remarks came ahead of International Women's Day on Sunday.

When it comes to women filling leading positions in politics and business, the chancellor argued Germany still had work to do. While large companies are now legally obliged to staff at least one-third of their supervisory boards with women, small- and medium-sized businesses must catch up, she said.

The federal government wants to be a role model in this regard, Merkel said. As part of the so-called second leadership position law, state-owned or majority state-owned companies are supposed to have boards that consist of an equal number of women and men by 2025.

However, Merkel noted that Germany had made some significant strides in tackling inequality, including work-life balance issues such as parental leave. A larger proportion of men take advantage of parental leave today than a few years ago, she said.

"And it must be a matter of course that men who are homemakers have the same career opportunities as others who may not do so to the same extent," Merkel said.

Made in Germany - Monetizing Gender