Germany — where female board members earn more than men

A lack of women at the top of German firms has boosted the value of those who have broken the glass ceiling, a new report says. Not only are women paid more, their pay was hiked last year, while men's salaries were cut. 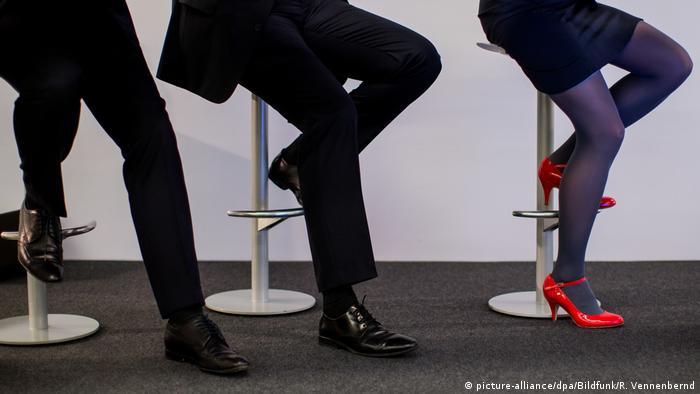 Women who sit on the boards of top German companies earn more than their male peers, a report by accountancy firm Ernst and Young (EY), published on Friday, revealed.

EY said that women with senior positions in DAX-30 companies — the 30 biggest firms on the German stock exchange — are in high demand. As candidates are in short supply, their market value and remuneration increases.

Read more: Norway ranked as best place to be a woman

Female board members of blue-chip DAX 30 firms earn, on average, €3.04 million versus €2.92 million for their male counterparts.

CEOs were excluded in the study because only one woman currently leads a DAX-listed firm — Jennifer Morgan, who only took up the role of dual chief executive of software giant SAP with Christian Klein last month.

Women are still outnumbered 350 to 40 on the boards of DAX companies, the EY study found.

The report also revealed that while male board members saw their incomes shrink in 2018, women received an average 6.5% pay hike.

The average pay for DAX, MDAX (German companies), SDAX (small and medium-sized firms) board members was €2.09 million, a drop of half a percent from a year earlier.

"Profits are falling, and stock prices are under pressure. Therefore, the boards and especially the CEO can expect to earn lower salaries," said EY compensation expert Jens Massmann.

Despite on-field progress, 95 percent of football's leadership roles are filled by men. Many clubs and associations resist quotas aimed at changing that, but Norway's example shows there's another way. (18.06.2019)