Despite on-field progress, 95 percent of football's leadership roles are filled by men. Many clubs and associations resist quotas aimed at changing that, but Norway's example shows there's another way. 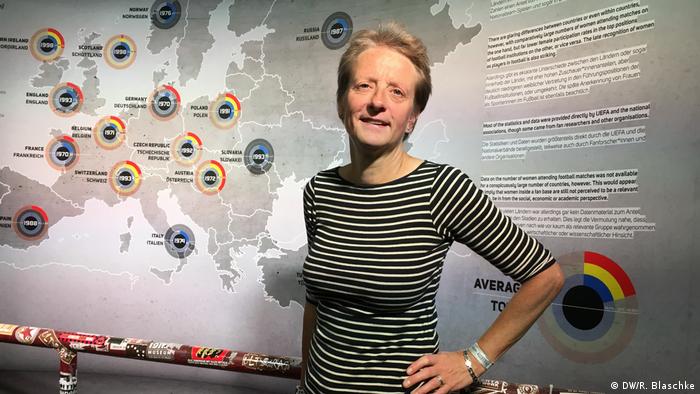 Karen Espelund had sleepless nights. Every day, she would develop ideas, subjects and new approaches. And every day, they would be met with resistance.

More than three decades ago, Espelund (pictured, top) became the first woman to sit on the board of the Norwegian football association (NFF). "I didn't just want to be a mascot for the men," she tells DW. "But unfortunately, women at board level always have to prove themselves. We have to work harder and be better prepared."

Espelund persevered. In 1999, she became general secretary of the NFF. From 2012 to 2016, she was on UEFA's Executive Committee. As a result, she increased the visibility of women in football.

Yet she remains an exception, rather than the rule. Only 3.7 percent of leadership positions in European football are occupied by women, according to a study by the international network "FARE" (Football Against Racism in Europe).

In Germany, 250 people sit on advisory and other boards at Bundesliga clubs, at the German FA (DFB) and at the German Football League (DFL). More than 95 percent of them are men.

How can those at the top of the game preach democracy in member-led clubs when half of the population aren't even remotely close to being equally represented?

A woman in charge of all Norway's teams

In Norway, Espelund benefitted from the introduction of a quota at the end of the 1980s. Nowadays, at least two women must be on the board of the NFF, which is currently occupied by four men and four women. 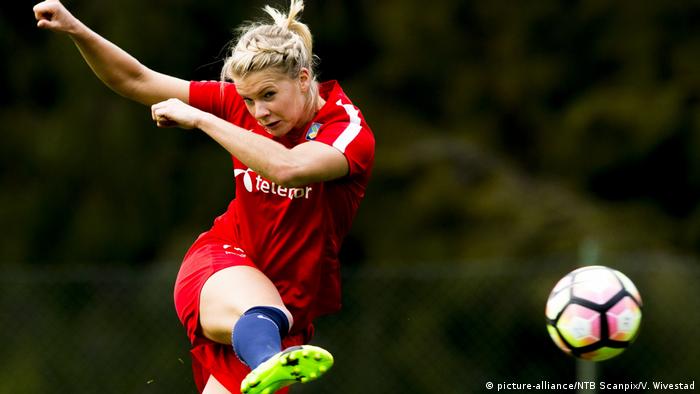 "Whether it's the recruitment of colleagues, job descriptions or elections: human beings regularly look for people who are similar to them," says Espelund. "But a quota can help break down traditional structures. Diversity delivers the best results in any organization."

Thanks to Espelund, Norwegian football is leading the way when it comes to gender equality. Former player Lise Klaveness is responsible for all national teams in the country while female internationals have been paid the same as their male counterparts since 2017.

But the debate continues, with world footballer of the year Ada Hegerberg boycotting the national team in protest of "year-long discrimination" in comparison to male footballers that goes beyond an equal pay packet. In many other countries, the discussion isn't even taking place.

It's taken a long time for other associations to follow Norway's example. World governing body FIFA says it wants at least six women on its council but has so far stopped short of issuing demands or recommendations to its over 200 member associations. In Germany, the DFB's board features only one woman, Hannelore Ratzeburg, responsible for girls' and women's football.

Leadership programs and other initiatives

Elsewhere in Germany, a legal quota has already seen an increase in the proportion of women in leadership positions with football proving an exception. Early in 2018, lawyer and former handball player Eva-Maria Federhenn stood for chairwoman at Bundesliga side Mainz, but many supporters questioned her competence because of her gender. 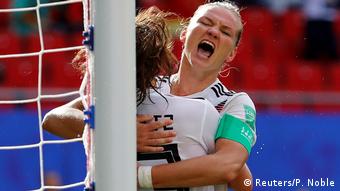 Such views are hardly a rarity, according to Katharina Dahme, head of the supervisory board at fourth-division Potsdam side Babelsberg, who was once questioned as to her presence in the VIP room by a functionary of a rival club. "I told him I was on the supervisory board," she recalls. "He seemed horrified and made it quite clear that women have no place in football."

Along with Sandra Schwedler at second-division side St Pauli in Hamburg, Dahme is one of only two chairwomen in Germany's top four leagues.

Programs to encourage progress exist but when it comes to the big Bundesliga clubs, women at board level are still a rarity. "Some clubs seem satisfied with just one woman in the hierarchy, but we need to be looking for even more candidates," says Dahme. "Women can often be more skeptical about their own abilities and need to be encouraged more than men, who are often convinced, rightly or wrongly, that they can do a job."

A pioneer in Israeli football

Since September 2018, a touring exhibition has been shining the spotlight on women in football. The photos and short films presented in "Fan.Tastic Females: Football – Her Story" portray more than 80 women from over 21 countries: ultras, activists, leaders. 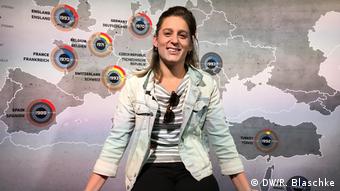 "The project takes our passion seriously in all its forms," says Daphna Goldschmidt, one of those portrayed in the exhibition – but the Israeli has an unusual footballing biography.

In her early twenties in 2007, Goldschmidt was a founder member of Hapoel Katamon Jerusalem. She followed her team home and away, singing, clapping and bouncing around on the terraces and was one of the club's most influential members.

But she hesitated for over three years before standing for election to the board. "The only thing that held me back was the fear of not being elected and being unsuccessful," she says. One year ago, she became chairwoman of Hapoel Katamon Jerusalem: the first woman to lead a professional football club in Israel.

In recent seasons, the club has climbed from the fifth tier to the second but Goldschmidt prefers to focus on the social projects the club is involved with: language courses for immigrants and football tournaments for young Jews and Muslims.

But it's not always easy and Goldschmidt still encounters problems when meeting representatives of other clubs. "It's still strange to be the only woman in a conference room," she says. "Sometimes they say I've only made such or such a decision because I'm a woman. So I ask them: do you have a more relevant argument?"

She's often left without an answer.

Norway beat Nigeria 3-0 at the Women's World Cup on Saturday. The two teams are worlds apart on the field and are also fighting very different battles in their quest for equality, writes DW's Barbara Mohr in Reims. (09.06.2019)

With the US Women's team suing their own federation ahead of the World Cup, the discussion around football's gender pay disparity is growing. DW visited the first club in the world to publicly commit to pay equality. (06.05.2019)