Merkel doubts US will stop spying on Berlin

Chancellor Angela Merkel is doubtful the US will stop spying on Germany. On Friday, White House spokesman Josh Earnest appeared to indicate that the US was annoyed by Germany's response to the espionage row. 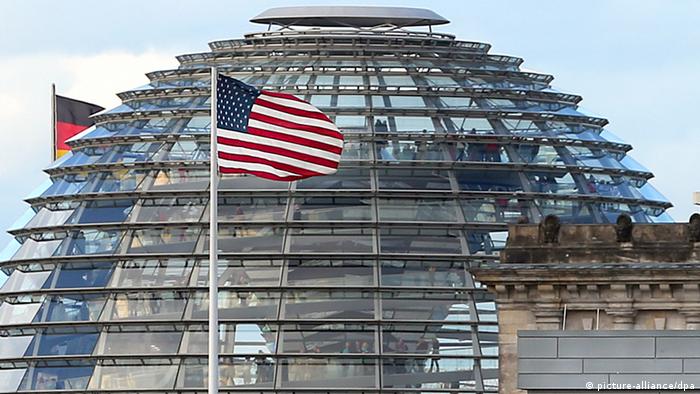 In an interview with the public television broadcaster ZDF Saturday, Merkel criticized the espionage against Germany, but she said security services would continue their collaboration with US spy agencies. The interview will be broadcast Sunday evening.

"I think it's not that easy to convince the Americans … to completely change the way their intelligence services work," Merkel said Saturday. Asked whether she expected US agencies to update their policies when it comes to specifically spying on Germany, Merkel added: "I can't predict that, but certainly hope it will change."

On Thursday, the Foreign Ministry demanded the departure of the CIA's top spy in Berlin. That move followed reports that US spy agencies had recruited two Germans: a foreign intelligence employee who had allegedly sold secrets to the CIA for 25,000 euros ($34,000), and a Defense Ministry official who has denied the charges.

US officials discussed the scandal with reporters on Friday. White House spokesman Josh Earnest seemed to express annoyance Friday at Germans' response to the US spies in their government's midst.

"Allies with sophisticated intelligence agencies like the United States and Germany understand with some degree of detail exactly what those intelligence relationships and activities entail," Earnest told a press briefing. "Any differences that we have are most effectively resolved through established private channels, not through the media," he added.

Earlier Friday, US House Intelligence Committee Chairman Mike Rogers accused Germany of throwing a "temper tantrum." The Republican from the state of Michigan told the news broadcaster CNN that US intelligence had "saved German lives" and that Berlin was avoiding an "adult conversation" on the issue.

The US officials' public response came hours after German Foreign Minister Frank-Walter Steinmeier offered an olive branch to colleagues in Washington. Also reaching out via the media, Steinmeier said that German officials wanted to renew their friendship with the United States despite the latest spying scandal.

"We want our partnership, our friendship, to be renewed on an honest foundation," Steinmeier told reporters in Berlin on Friday. He also said that the relationship should be built not just on mutual trust but also respect.

"We are ready for that in any case," Steinmeier said.