Germany's top diplomat has said that Berlin wants to renew its friendship with the US on an "honest foundation." The olive branch comes after Germany asked the CIA station chief to leave the country over a spy scandal. 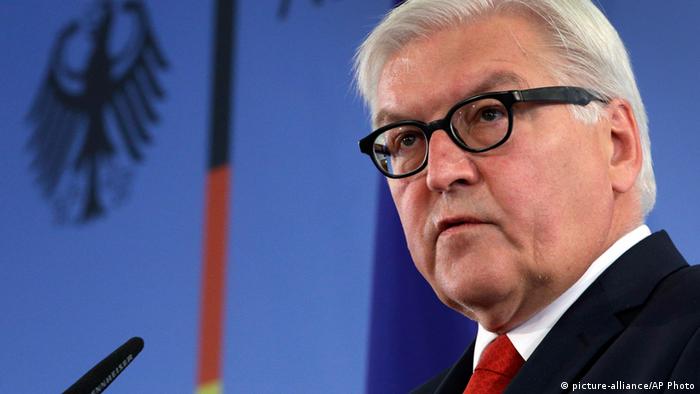 German Foreign Minister Frank-Walter Steinmeier said on Friday that cooperation with Washington must be built not just on trust, but also on mutual respect, calling the dismissal of the CIA's top man in the country "a necessary step" in response to US spying.

"We want our partnership, our friendship, to be renewed on an honest foundation," Steinmeier told reporters in Berlin. "We are ready for that in any case."

The foreign minister called it an "illusion" to believe that Germany could resolve the dispute without US cooperation.

Both Steinmeier and US Secretary of State John Kerry are scheduled to attend the latest round of talks on Iran's nuclear program in Vienna this weekend. The German foreign minister said he would express his concerns to his US counterpart when they meet in the Austrian capital.

Diplomatic row over US spying

Last week, German authorities detained an employee of the BND, who admitted to spying for the US. The suspect allegedly sold more than 200 documents to the CIA for 25,000 euros ($34,000).

This week, authorities questioned a Defense Ministry employee on suspicion of conducting espionage for the US. He has denied the allegations.

Last year, Der Spiegel newsmagazine reported that the National Security Agency (NSA) was collecting the metadata of German citizens. A subsequent diplomatic row erupted between the US and Germany when Spiegel revealed that the NSA had tapped Chancellor Angela Merkel's cell phone.

Der Spiegel's reporting was based on documents leaked to the press by NSA-analyst-turned-whistleblower Edward Snowden, who currently lives in Russian exile.

Currently, Germany's parliament is conducting an investigation into US surveillance operations on German soil.