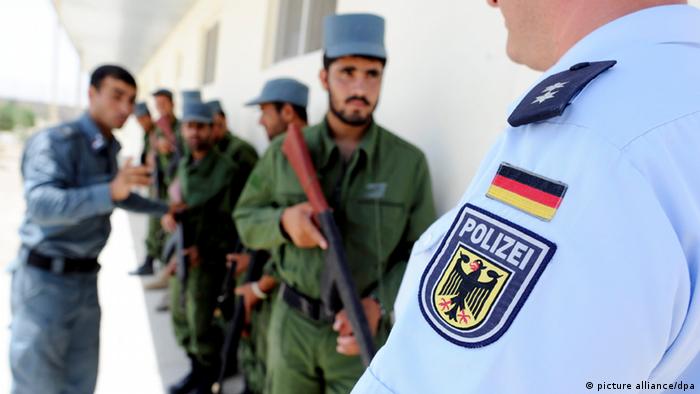 An article on the news outlet's website, Spiegel Online, said Sunday that the German military mission in Afghanistan, which currently sees Bundeswehr soldiers training Afghan security and police forces until the end of 2015, could be extended.

Sources from Berlin's parliamentary committee on foreign affairs said during the last session that Merkel had expressed "concern" about the current state of the Afghan army and police - in particular, against the backdrop of what has happened in the wake of the US withdrawal from Iraq. "Security forces in Iraq have no chance against the militants fighting for the Islamic State," Merkel was quoted as saying in the closed doors meeting.

There are some 1599 Bundeswehr troops currently stationed in Afghanistan as part of NATO's ISAF mission. At the end of this year, the German contingent is to be halved, and the 800 soldiers taking part in NATO's "follow up" mission are to stay until the end of 2015.

"We will have to consult once more with the US," Spiegel quoted Merkel, with regard to whether Washington would also consider extending its training mission in Afghanistan past 2016. At present, NATO has assessed the operational readiness of the Afghan National Army as "moderate."

High expectations in Afghanistan a 'mistake'

That report came on the same day that an interview was published with Foreign Minister Frank-Walter Steinmeier, in which Germany's top diplomat took stock of Germany's Afghanistan mission in unpredictably candid form. 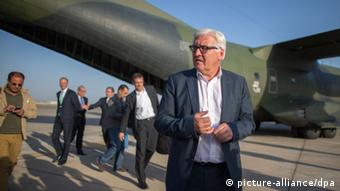 "Our biggest mistake was to awaken expectations that were too high for the effort put forth to fulfill them," Steinmeier said in an opinion editorial published in Sunday's Frankfurter Allgemeine Zeitung (FAZ), entitled "My lessons from Afghanistan."

Though Steinmeier claimed that the situation in Afghanistan is "better than it was 12 years ago," he was openly critical - and self-critical, seeing as though he was foreign policy chief for half of those years - of Germany's desire to "lead Afghanistan into a future according to our own vision."

With that said, Steinmeier warned of any hasty withdrawal of international forces from Afghanistan, "like the Americans did in Vietnam in 1975."

Steinmeier didn't mention any concrete details with regard to how long German troops would remain in Afghanistan, however, remarking merely that Berlin, as "friends of the Afghan people," would continue to work with Kabul "on its peaceful future."

NATO: What Role Now for the Alliance?

Opinion: Security pact is an interim solution for Afghanistan

The long-delayed security agreement between Afghanistan and the US may calm the situation for a while, but real peace is somewhere in the distant future, writes DW's Florian Weigand. (30.09.2014)

Afghanistan has signed a long-awaited deal with the US and NATO to extend a non-combat military presence. The pact is aimed at strengthening Afghan security forces while they work to stave off the Taliban. (30.09.2014)