Afghanistan has signed a long-awaited deal with the US and NATO to extend a non-combat military presence. The pact is aimed at strengthening Afghan security forces while they work to stave off the Taliban. 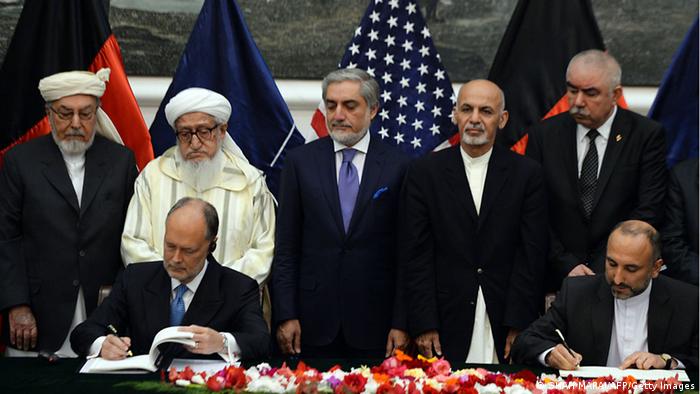 The signing of the bilateral security agreement (BSA) took place in the presidential palace in Kabul, where just one day before, the country's new president, Ashraf Ghani, was sworn in. During his presidential campaign, Ghani had promised to end disagreements with the US over the terms of the security pact, long fueled by his predecessor, Hamid Karzai.

"As an independent country, based on our national interests, we signed this agreement for stability, goodwill and prosperity of our people, stability of the region and the world," Ghani said after the signing.

With the withdrawal of most of NATO's 41,000 military personnel by the end of the year, Afghanistan faces the daunting task of ensuring strong security forces after 13 years of foreign occupation and fire power. Moreover, a recent increase of Taliban attacks is expected to only worsen, as the group's leader has vowed to continue fighting until the withdrawal of foreign troops.

Washington had threatened to end its military presence completely in reaction to Karzai's refusal to sign the original agreement.

Under the deal now in place, the United States is to contribute 9,800 troops. The parallel security agreement, which Afghanistan signed with NATO on Tuesday foresees between 4,000 and 5,000 non-combat troops contributing to the security mission.

International forces are to provide training and support to Afghanistan's security forces.