MEP Elmar Brok says post-election Germany is waiting on France to help reform the EU | Europe | News and current affairs from around the continent | DW | 26.09.2017

A leading Christian Democrat in Brussels doesn't think Sunday's election will impact German foreign policy. Elmar Brok tells DW the new coalition will be "pro-Europe" and Merkel will continue to stand up to Trump. 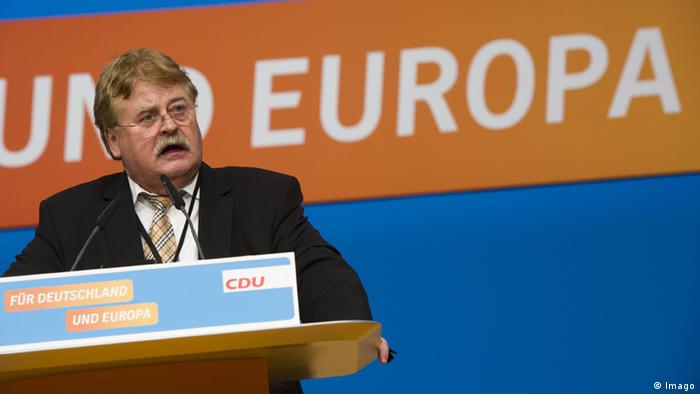 DW: You said before the election that it was important not to let "hate" win [referring to the right-wing AfD]. But it did win more than 12 percent of the vote.

Elmar Brok: That is less than in the United States and much much less than in France. [Germany] still has a pro-European government in the future, no minority government, and the government is a very broad majority.

Can it be compared with the situation in the US in the sense that the anger in some parts of the country with disaffected voters was perhaps underestimated?

In Germany the pro-Europeans are in power. In the US, partly, the hate is in power. Please, please: We have a problem but it's a luxury problem compared to France or the United States. Eighty-seven percent of Germans voted not nationalist — in what [other] country of the world would you get such a result?

If Chancellor Merkel has as much trouble building a coalition as appears likely, does that decrease her room for maneuvering on the world stage, on the European Union stage?

Party losses, but an 'incredible margin'

And now your former European Parliament colleague [the Social Democrats' chancellor candidate] Martin Schulz will be in the opposition, another pro-European. Is that also what you call would a "luxury problem?"

There were a lot of criticisms of the campaign, that [the candidates] weren't addressing issues, even that that Merkel and Schulz didn't fight hard enough.

But that is the problem of Mr. Schulz if he doesn't fight, not of the incumbent. The incumbent has to wait to answer.

But your party, the CDU, did lose seats too.

We got more of less the same number of votes, a little bit less, as in 2005 and 2009. So [Merkel] is back on the old stage. And so she has as broad a majority as ever and that is for the fourth time — an incredible development in that sense.

Still, what explains the drop?

We have more parties. The liberals are back. Another party came up because of a lot of reasons. We have to look into the mistakes and we have to change the debate.  We have this everywhere — 70 years after the war — these debates in European countries, of these national feelings again. We have to convince our citizens, to know how to deal with that in the future. It was protest votes after 12 years. And we are in a situation that we are 13 percent ahead of the second party. It's an incredible margin. 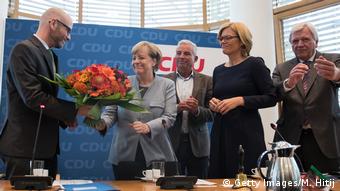 So for people throwing up their hands about Germany, you say it's much ado about nothing?

For sure we have to worry about certain things and we will deal with that properly. But I have a feeling when I talk to foreign journalists that Germany is now [considered] a problem case!

Let's talk about relations with the US. You have been very critical of the Trump administration's foreign policy. With the elections behind it, is there anything that will change now with the German government?

There will be agreement [in the German government], with different levels of support, but agreement that we should keep our relationship with the United States, that NATO has an important role to play for collective security in Europe. And we know that despite President Trump, the United States is a democracy and Russia is not a democracy. We know the difference.

Do you think that there's anything that the chancellor has held back on that she will now feel safer [after the elections] to bring up with with the US?

We'll have to look into the issues. We have to find solutions. On climate change and trade policy, there's total disagreement [with the US government].

Those disagreements have been aired already, so no changes in response to the elections?

Climate change is there with or without Mrs. Merkel and Mr. Trump. It's a fact. And when we talk about the migration question in Africa, we have to talk about climate change and I fear that if this is not seen in the United States and climate change is not stopped, you might have to build a bigger wall than expected on the Rio Grande because more people will come.

By the way, I read that Jean-Claude Juncker is planning to appoint a special representative for relations with the United States and that it would be you. Is that true?

Finally, what will be the first thing we see the chancellor do, regarding the EU, after claiming her new mandate?

We wait for France and then have joint leadership. France has lost importance because of its economic weakness and therefore we wait for these reforms, we wait for the rebirth of France. Hopefully [Emmanuel Macron] gets [his economic reform package] through and can implement it, because it has great credibility if two reform-oriented countries take the lead. Germany does not like to lead alone. We hope urgently that we can meet our old partner again in young strength.

Elmar Brok, 71, is a Christian Democrat MEP and chairs the European Parliament Committee on Foreign Affairs. A member since 1980, Brok is the longest-serving MEP in the chamber.

German election and climate change: What are the parties' pledges 23.09.2021

The fight against climate change is one of the German voters' main topics of concern. With a few days until the election, DW takes a look at what the main German political parties plan to do about it.