Meet the German immigrant who made US electoral history in Georgia | Americas| North and South American news impacting on Europe | DW | 18.12.2018

Meet the German immigrant who made US electoral history in Georgia

In her first run for office, German immigrant Angelika Kausche won a state House seat in Georgia. In a district where Democrats had earlier not even bothered to field a candidate, her victory made history. 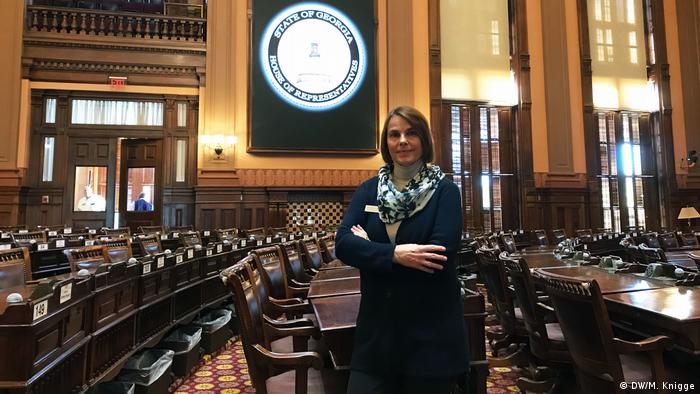 The moment when Angelika Kausche's latent interest in politics turned serious was the day Donald Trump was elected president of the United States.

For Kausche, who had come to the US from Germany 21 years ago with her two young daughters when her husband was offered a job in Michigan, Trump's victory after an election campaign fueled by anti-immigrant sentiment and crude remarks about women felt deeply personal.

"I said this was not right — the misogynist language, the hateful language against immigrants, this is all going in the wrong direction," she said in one of several recent interviews in Johns Creek, the affluent Atlanta suburb Kausche moved to three years ago. "So I decided I needed to do something."

She reached out to other women in her neighborhood who shared her outrage. They formed a group that met regularly and stayed in touch through Facebook.

But for Kausche, political engagement via social media was not enough. She quickly found the perfect vehicle to channel her energy in Democrat Jon Ossoff's special election campaign for Congress.

"I walked into the field office of Jon Ossoff here and asked 'how can I help,'" Kausche said. "We started organizing ourselves and campaigning for Jon Ossoff and really learning from the grassroots how it works." 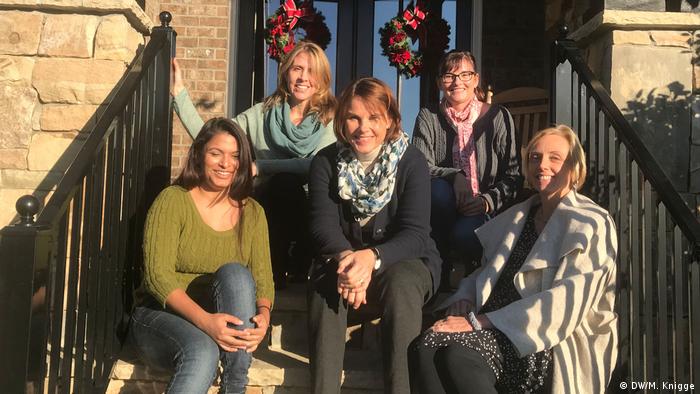 Kausche campaigned with a group of local women

Despite Ossoff's eventual defeat, Kausche in the spring of 2017 had now not only caught the political bug, but also become convinced that Democrats could be competitive in traditionally conservative areas of Georgia such as Johns Creek.

So when the US midterm elections approached Kausche was eager to apply what she had learned to help Democrats win back seats in the state's Republican-dominated legislature. She had noticed that her efforts to reach voters had a political impact and sensed that she might have a knack for campaigning.

"But I never thought I would run myself," said Kausche. "We started to look for a candidate who could run for the 50th district."

When nobody wanted to, she vowed, "I'll do it" because "this seat is not going to go uncontested."

The women's analysis of electoral data showed that this seat — which had not only never been held by a Democrat, but seemed so unattainable that Democrats had not even bothered to field a candidate in 2016 — could finally be competitive in 2018.

And so Kausche, after a primary win, became the candidate — not for a local office such as city council, the traditional path for a US political novice — but for a seat in her home district for the Georgia House of Representatives.

Kausche's German roots coupled with the fact that she had moved to Johns Creek only three years ago and had never run for office made her a highly unusual candidate.

"I think her background, if you want to talk about historically in Georgia politics, is extremely unconventional," said Bob Trammell, the Democratic minority leader in the Georgia House of Representatives. "If I had been sitting down and talking in a room of political types two years ago and I would have described her background and said we are going to run Angelika in a seat that has been held by a Republican and we have not run a Democratic candidate, people would not have believed that her success was possible."

While her background may have hurt with certain conservative voters, it helped with the large and growing immigrant community — mostly from Asia — that has changed the district's demographic composition in recent years. 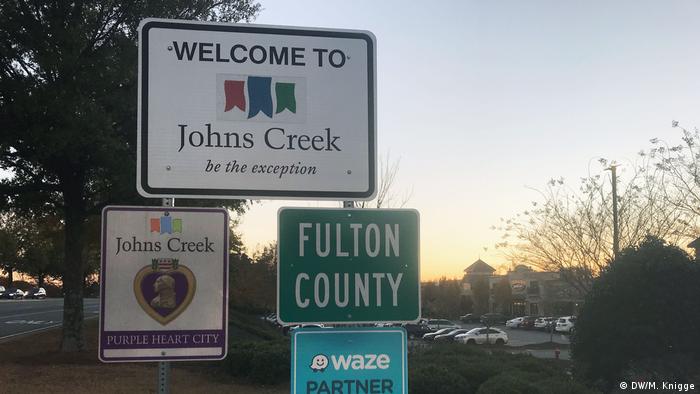 "When I canvassed and knocked on the door of a family who had moved here from India and they were saying 'Oh my god, you are an immigrant and you have an accent, too, this is great,'" Kausche said. "There was a lot of that."

Pallavi Purkayastha, her campaign manager and herself an immigrant from India, said Kausche appealed to voters with a similar background. "I think the people who normally don't come out to vote saw themselves a little bit in her and that inspired them to come out."

Both women believe that Kausche's appeal to highly educated immigrants and her non-ideological focus on local issues like education and health care helped blunt attempts by her Republican opponent to frame her as an outsider with an affinity for socialism.

"It was a close race, but in the end I did it," said Kausche matter-of-factly. "All these grassroots movements of women running for office really don't end at the Congressional district. For me you can have the biggest impact at the local level. Local elections are way more important than the Congressional ones for what your day-to-day life is."

Read more: What do the US midterms mean for the environment?

Susanna Capelouto, who covers Georgia politics at Georgia Public Radio station WABE and is herself a German immigrant, called Kausche's political focus on health care and education "very German," but added: "I am so glad that someone is there that may understand that things can be different and bring some new ideas just from her experience. She will be an interesting one to watch in the years to come."

And while some of the women running for Congress may have gotten broader media attention, Kausche's win is one for the history books. 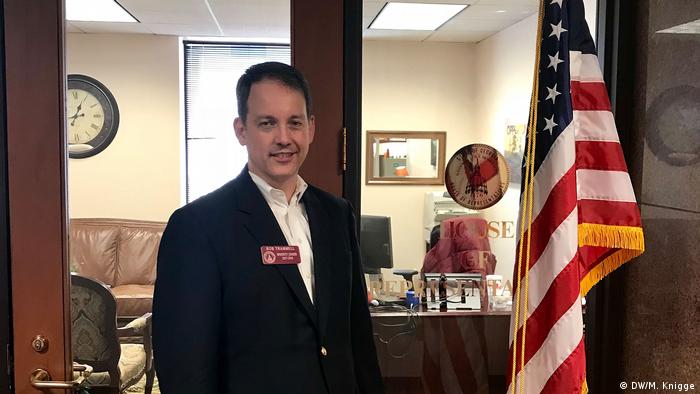 She is the first German-born member of the Georgia state House in the modern era, perhaps in state history, Stephanie Devine from the New Georgia Encyclopedia told DW in an email.

What's more, said Bob Trammell, the Democratic minority leader, Kausche's election is relevant beyond her district and state because it serves as a counterpoint to the anti-immigrant sentiment stoked by the Trump administration in Washington.

"In a lot of regards this is an American story," he said. "The prospect that people can come to the United States and this is possible right here in what people see as a traditionally deep red state really says something about the health of our representative democracy here."

It may sound corny, concurred Kausche, but in her own way she realized her uniquely American dream. "What people forget — and this is the beauty of America — I am pretty sure I wouldn't have done any of this in Germany. Here it is, just like there is a chance, or they show you an opportunity for you to do some things and you just have to jump on and seize it."