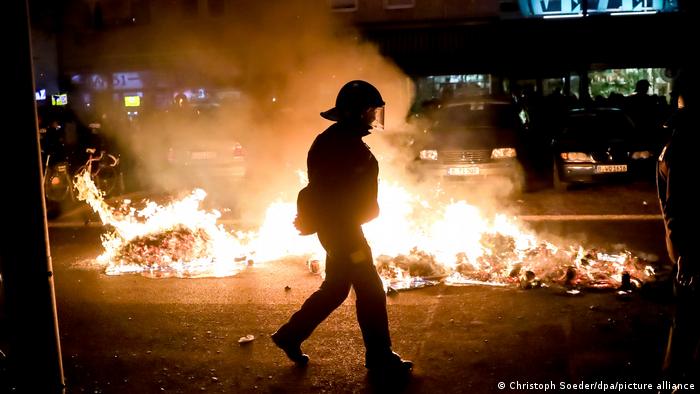 Protesters in Berlin threw bottles, firecrackers and stones at police during May Day marches in the Neukölln neighborhood of the German capital.

According to police tallies, 5,000 people took part in the rally, while organizers put the turnout closer to 20,000. Police took several demonstrators into custody.

A reporter for Berlin's Tagesspiegel newspaper noted that after confrontations between protesters and police, the situation in Neukölln had calmed somewhat.

DW journalist Elliot Douglas said fire was still raging in Neukölln shortly before curfew, but crowds started leaving as riot police were taking over the scene.

The first of May, the annual holiday for workers' rights, is typically heralded by loud protests and well-attended street marches.

This year, with many people unhappy at the coronavirus restrictions currently in place, authorities have been on increased alert.

Thousands of police officers were on hand ahead of and after the protests, with unrest emerging among both left- and right-wing demonstrators. 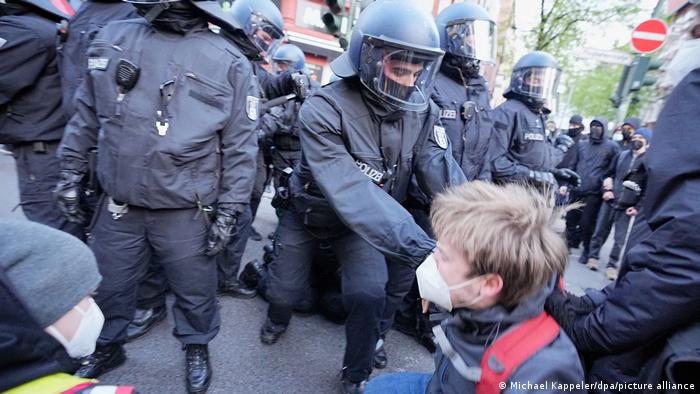 While the German Trade Union Confederation (DGB) held its main rally in Hamburg with a motto that "Solidarity is the Future," the authorities' main focus was elsewhere.

Around 4,000 officers were deployed on the streets of Berlin, where past May Day rallies have been accompanied by disorder, particularly after nightfall. Saturday's clashes between protesters and police saw trash cans and street barricades set on fire.

Chancellor Angela Merkel issued a statement of support for all the work accomplished throughout the pandemic.

"It is precisely professions that otherwise do not get such attention that have kept the country going," she said. 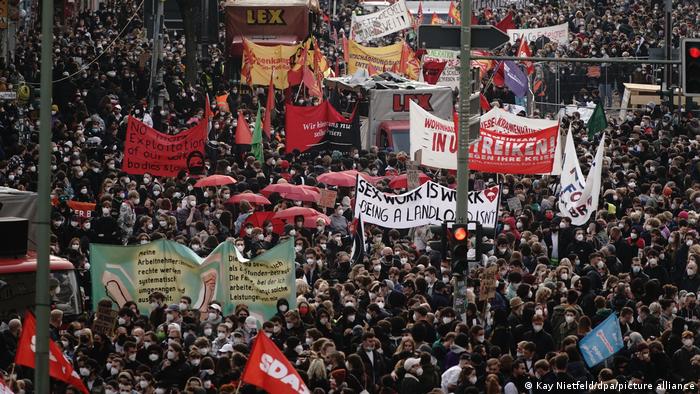 An afternoon demonstration in Berlin by the Querdenker (Lateral Thinking) group, which opposes the government's coronavirus strategy, had a much lower turnout than anticipated. Out of 1,000 expected participants, police said around 350 showed up.

The eastern city of Leipzig has already put a stop to three demonstrations that sought registration, as required under German law. Authorities banned the gatherings due to the pandemic restrictions, yet there were several other demos still under consideration.

In Hanover, police set up protection zones for journalists in response to attacks on reporters in the past by angry Querdenker protesters.

In France, thousands of people across the country took part in May Day protests.

Scuffles were reported between anarchist "black bloc" protesters and police in Paris, with 34 people arrested.

Some demonstrators in the French capital smashed the windows of banks, set trash cans on fire and lobbed objects at police. Authorities responded with tear gas. 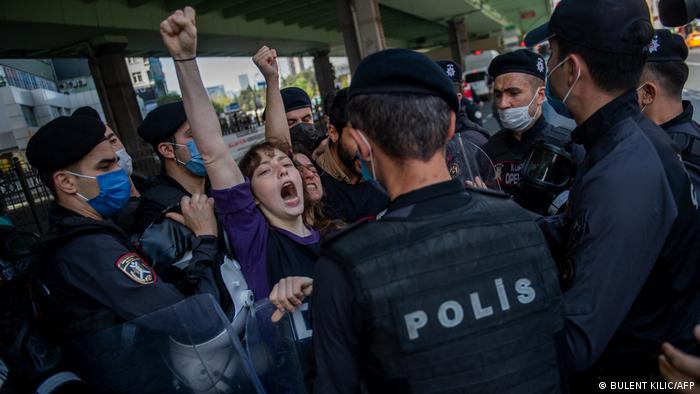 In Turkey, police in Istanbul arrested 212 people who attempted to hold a workers' rights rally despite a ban on gatherings due to the coronavirus pandemic. Another 11 people were arrested in Ankara for attempting to hold a protest, according to local media.

Battling one of the highest infection rates in Europe, Turkey has been under a complete lockdown since April 29.

Coronavirus: How Europe plans to reopen

European countries are in various stages of reopening, depending on their national health situations. DW takes a look at how governments in Europe are taking steps back toward normality.