German health officials have cautiously welcomed an apparent downturn in incidences of coronavirus cases in recent days. However, they warned it was still far too early to celebrate. 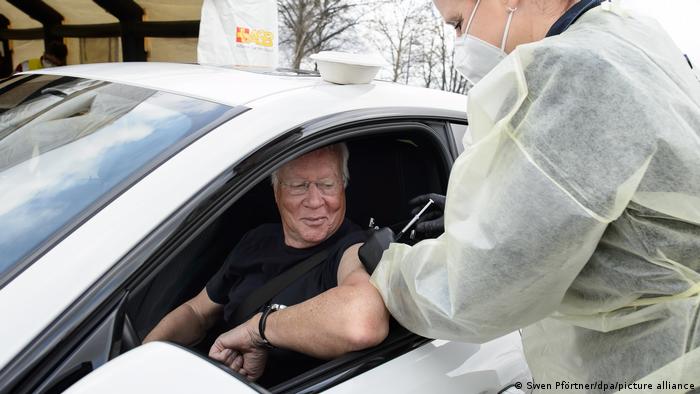 German Health Minister Jens Spahn on Thursday said that the number of coronavirus infections seemed to be on the downturn after a fall in infection rates over the past three days.

However, he added that the decline was not enough to be sure that Germany's third wave of the pandemic had been broken.

The minister noted that there had been an improvement across all parameters. However, he stressed that this had been only "very slight" and that it was important to turn the tide decisively. 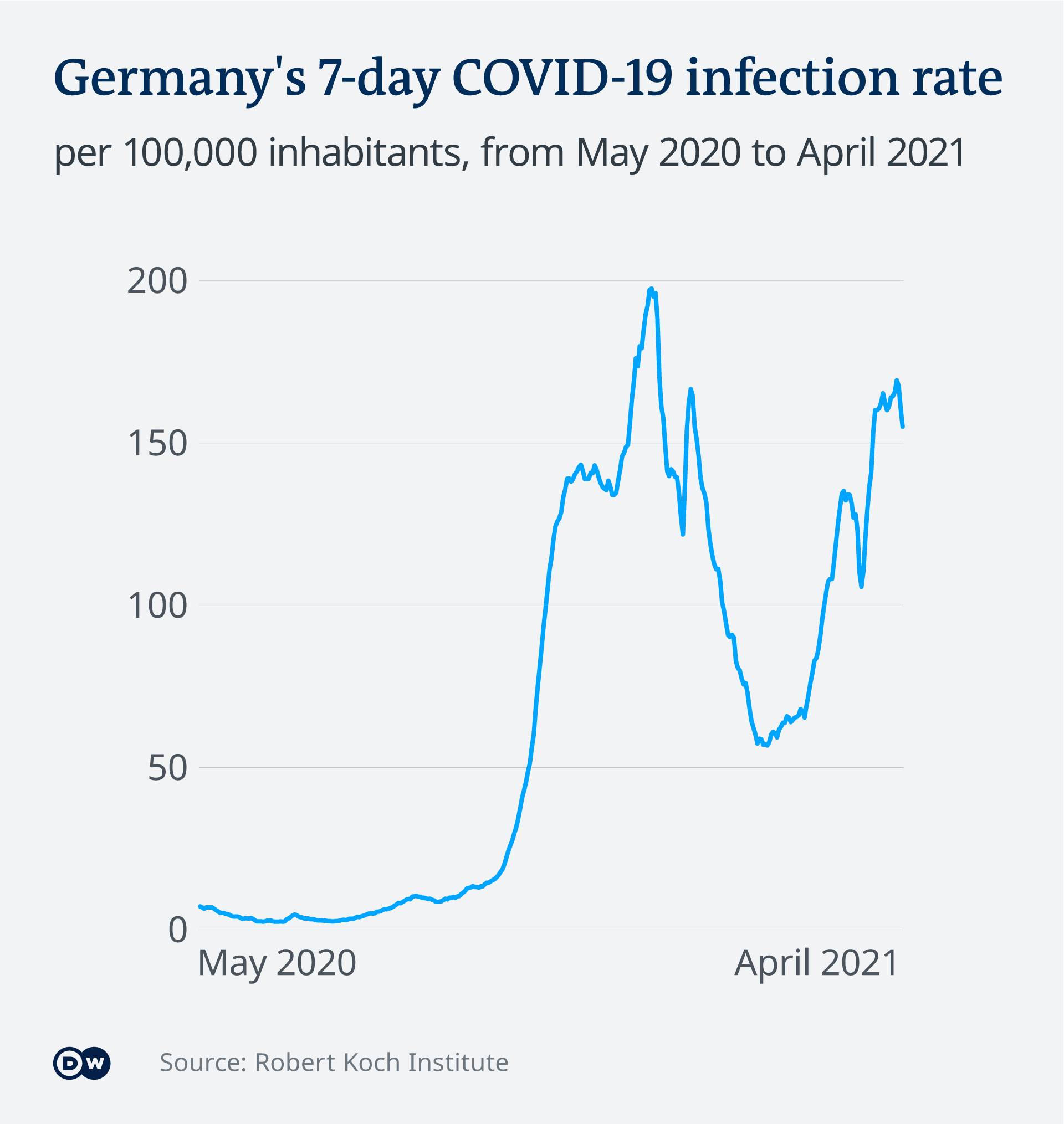 "In my experience now after 14 months, two or three days is not a trend," said Spahn, preferring to call it "a good signal."

"The figures must not only stagnate; they must go down," he said, adding that there were still too many people being treated in intensive care.

However, he said an accelerated vaccination campaign did appear to be helping, pointing to figures showing that more than a million people in Germany received a jab on Wednesday — more the 1% of the population in one day for the first time.

Spahn said almost 30% of the population had now received at least one dose of COVID vaccine, while 7.5% had been given the two doses needed for full protection. "That shows how much speed we have gained," Spahn said.

The seven-day average of coronavirus cases in Germany fell for the third day in succession on Thursday, to 155 per 100,000 people.

Data from the Robert Koch Institute (RKI) for infectious diseases showed the incidence figure, which the German government uses to determine lockdown policies, was 169 on Monday. However, it has fallen on each day since then.

Spahn also told the news conference he was confident that teens would be able to get vaccinations in the coming months. That came after news that BioNTech-Pfizer was to seek approval for its version of the vaccine for 12 to 15-year-olds imminently.

Are Germany's vaccination rules too rigid?

Speaking alongside Spahn, RKI chief Lothar Wieler supported the minister's assertion that it was too early to give the all-clear.

"Unfortunately, the pandemic is not over yet," Lothar Wieler said, adding that COVID-19 cases remained too high and were actually rising among those aged under 60.

Germany has been struggling to contain a third wave, with its efforts in the past months thwarted by the more contagious so-called British variant and a national vaccination campaign that has been criticized for being too slow.