COVID and ethics: Germany debates ′freedoms′ for the vaccinated | Germany | News and in-depth reporting from Berlin and beyond | DW | 24.04.2021

Ethical questions on how to treat individuals presumed immune to COVID have accompanied the pandemic from early on. Now, as Germans urgently want to resume their normal lives, the debate has intensified. 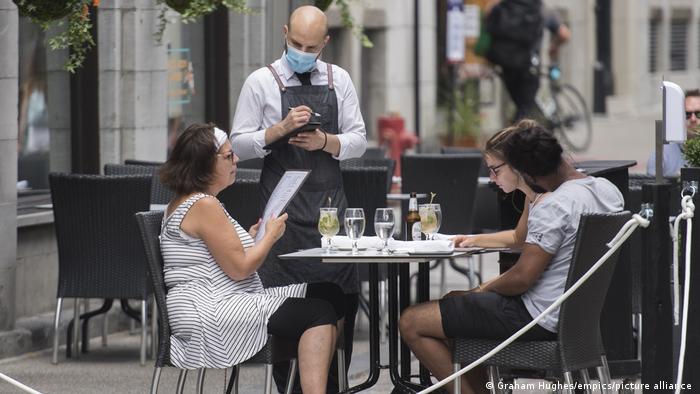 After the first wave of the pandemic, many countries lifted certain restrictions. An option for the vaccinated?

As Germany finds itself in the throes of the third wave of coronavirus infections and people tire of restrictions, the country is debating whether fully vaccinated people should receive certain exemptions.

The crux of the ethical conundrum is whether it is fair to treat vaccinated individuals differently from the majority of the population that cannot yet get their jabs. Under 10% of Germany's inhabitants have been fully vaccinated, while  over 20% have received one shot.

In early April, German Health Minister Jens Spahn proposed treating the fully vaccinated as if they had tested negative, thereby exempting them from most test and quarantine regulations and providing them eased participation in everyday life. Such individuals would still have to abide by mask and social distancing rules.

That proposal was grounded in a March report from the Robert Koch Institute (RKI), Germany's agency for disease control, which found the risk of viral transmission by vaccinated individuals 15 days after their last shot is lower than the risk posed by infected but asymptomatic individuals who have received a negative result from an antigen test. 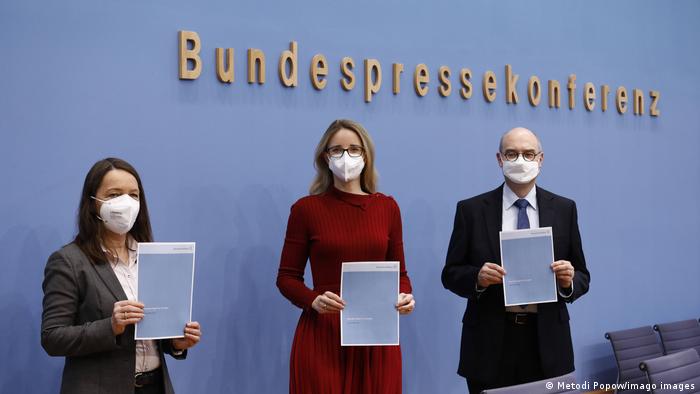 An ethical question of likelihood

Steffen Augsberg, professor of public law at Justus Liebig University Giessen and a member of the German Ethics Council, sees the central ethical issue as one that revolves around probability. "The more the probability increases that vaccinated individuals are not infectious, the more [one needs] to think in terms of repealing restrictions to freedom," he told DW.

Augsberg said across-the-board restrictions are appropriate only as long as more precise management tools are not available. Given recent developments, he would personally prefer a more flexible approach based on the assessed potential risk posed by individuals in social constellations. This could allow the fully vaccinated in places like nursing homes to once again gather together. 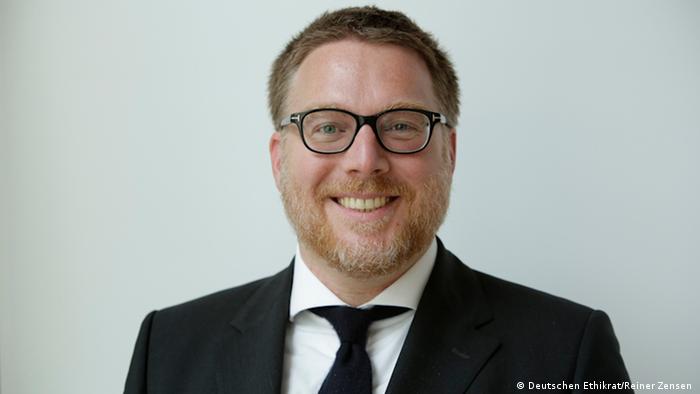 The isolation caused by the pandemic makes some Germans sympathetic to easing restrictions for the fully vaccinated.

Yet others point to the potential psychological toll on those who cannot obtain such freedoms, as they wait for months for their vaccination. "This will exert an enormous amount of social-psychological pressure and the biggest losers will remain children, teens and families," wrote youth psychotherapist Cornelia Beeking on Twitter. She herself has been vaccinated but rejects different treatment based on vaccine status.

Limited vaccine access in Germany is increasingly seen as the main factor making any differentiation based on vaccine status unfair.

Thekla Krausseneck also took to social media to voice her opposition to treating vaccinated individuals differently, even though she herself would benefit. The 34-year-old author based in Upper Bavaria was vaccinated early on because one of her housemates was pregnant, putting her into an especially vulnerable group.

"These freedoms being discussed are actually a lifting of restrictions on constitutional rights," she told DW. While she agrees that these should be lifted as soon as possible, she believes it is still too early to do so.

"If we now undo the suspension [of rights] for only a few, while others simply cannot get vaccinated, then this is precisely how constitutional rights end up being a privilege," she said. "Right now, vaccination is a privilege, and that is difficult." 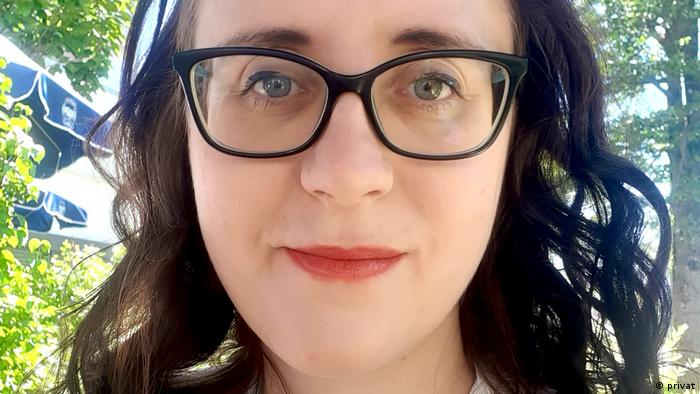 Thekla Krausseneck has called for solidarity in the COVID pandemic

However, Christiane Woopen, a medical ethicist at the University of Cologne, believes it is misguided for the state to continue imposing restrictions on vaccinated individuals due to limited vaccines. "There are in fact ways for unvaccinated individuals to also have freedoms, through testing or by providing proof of immunity from having been infected," she told the online news portal Redaktionsnetzwerk Deutschland.

People who cannot or are not allowed to be vaccinated in Germany, which currently includes children and pregnant women, pose a unique ethical challenge for the German government.

However, the situation is very straightforward when it comes to those who refuse to be vaccinated, law professor Augsberg said: "Whoever believes that vaccination is not for him or her cannot complain that people who get vaccinated have advantages earlier."

The experiences of other countries that are further along in their vaccination effort suggest that ethical questions could persist even as unvaccinated individuals become the minority.

Longer-term questions of treatment have arisen in Israel, where nearly 60% of the population is fully vaccinated. Unvaccinated individuals are still subject to restrictions, and some employers and educational institutions have reportedly barred the unvaccinated from returning, leading to accusations of "discrimination" and court cases.

At 26%, the share of fully vaccinated individuals in the United States is nearly four times that of Germany, yet the two countries are grappling with similar dilemmas. Ethical concerns in the US around a proposed "vaccine passport," a digital confirmation of vaccination, have frequently highlighted unequal vaccine access that further disadvantages underprivileged communities.

In terms of recommendations for vaccinated individuals, the US Centers for Disease Control and Prevention (CDC) has said they may gather privately without masks and travel without quarantine. However, unlike in Germany, pandemic-related restrictions have been lifted or eased across much of the US, and in some instances, no binding rules were ever implemented.

Germany also sets itself apart from the US with its very prevalent solidarity argument — that restrictions should be equally borne by all until they can be eased for most of the population.

It's a sentiment that Krausseneck expressed: "I think we as a society need to stand together, pull through."

Ethicist Augsberg, however, believes solidarity is being "overextended" if it is used to prevent easing restrictions in a way that poses no extra risk to society.

"When I personally am not disadvantaged in any way by someone else having an advantage, then the sheer feeling of dissatisfaction is not enough, in my opinion, to impose a restriction," he said.