As Turkey begins a strict three-week lockdown, many people are particularly angry about a nationwide ban on alcohol sales. Dissidents say the measure has nothing to do with the pandemic and fear a long-term prohibition. 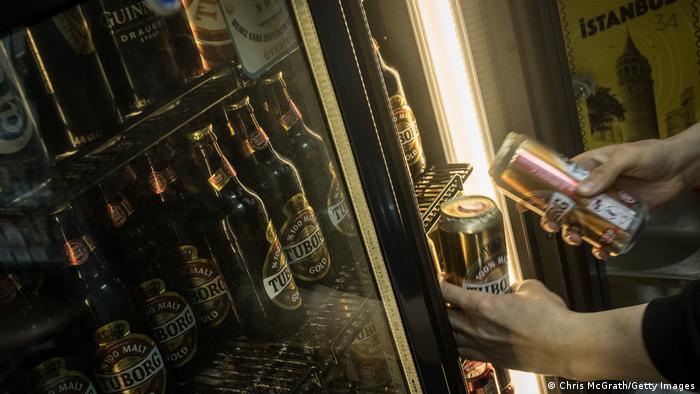 The number of COVID-19 infections in Turkey has been rising steadily for a while. Last week, more than 60,000 cases were confirmed in a single day. The seven-day incidence rate has risen to over 500 cases per 100,000 people across the country and over 850 in Istanbul, the largest city. The government has finally decided to impose a strict three-week shutdown.

Schools and nonessential stores are closed. Turks have to have a good reason for leaving their homes and need special permission to travel between cities. The restrictions are expected to be lifted on May 17, after Eid and just in time for the tourist season.

Generally, the population seems to be in favor of the strict measures, but some have expressed confusion about one rule. They do not understand why there is an outright ban on the sale of alcohol. Turkish Interior Minister Suleyman Soylu said that "no exception" had been made for the tekel bayi, kiosks that sell alcohol and tobacco goods, and they, too, would "remain closed" for three weeks. 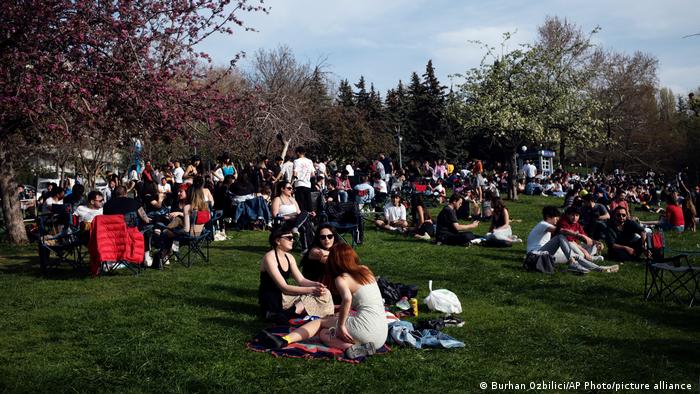 Residents of Turkey's capital, Ankara, flocked to the park for a final day out Wednesday

The government has argued that the ban will discourage drinking in groups and prevent large gatherings. But critics point out that the consumption of alcohol is already banned in nondesignated public places. Many fear that this move is an attempt to tighten alcohol regulations. There has been uproar and debate in social media, with users using #alkolumedokunma (#Don'tTouchMy Alcohol). One post joked that Turkey would go down in history as the first country to defeat a virus with a ban on booze.

"Something is happening here that we should take seriously: an encroachment on people's lifestyles and private lives, an attack on justice and freedom," said Muharrem Erkek, a legal expert with the Republican People's Party (CHP).

The Ankara lawyer Dogan Erkan said: "An intrusion on the lives of people who buy alcohol on the market and drink it at home has nothing to do with fighting the pandemic."

Erkan told his fellow Turks not to heed the ban — saying it had no legal foundation and pointed out that so far President Recep Tayyip Erdogan and the interior minister had only issued oral instructions. "These people are not superior to the law," he said, explaining that the ban appeared to be based on religious rules only but Article 24 of the Turkish constitution stipulated that the state's social, economic, political and legal order could not be based on such.

The constitutional law expert Metin Günday told DW that suppliers, traders and consumers of alcohol have a legal right to appeal the ban: "According to the constitution, the state has to protect young people from alcoholism but banning alcohol entirely is something completely different."

There have been many attempts on the part of Erdogan's government to restrict tobacco and alcohol sales in recent years. Smoking is now banned in closed spaces and in 2013, large sections of society were outraged by what was perceived to be a paternalistic decision banning kiosks from selling alcohol after 10 p.m. Since then, taxes on alcohol have increased and it has become increasingly difficult for stores and restaurants to obtain an alcohol license.

The development has also been a blow to drinkers of raki, which is known colloquially as lion's milk and considered to be Turkey's national drink. In 2010, a bottle cost the equivalent of €4.20, whereas now it costs €15.30 ($18.55).

The price increase hasn't hit the president, however. He is a great fan of ayran, a nonalcoholic yogurt beverage.