Greece and North Macedonia hoped to put their long-running name dispute to bed when they reached a historic agreement last year. However, businesses continue to bicker over which products can be labeled "Macedonian." 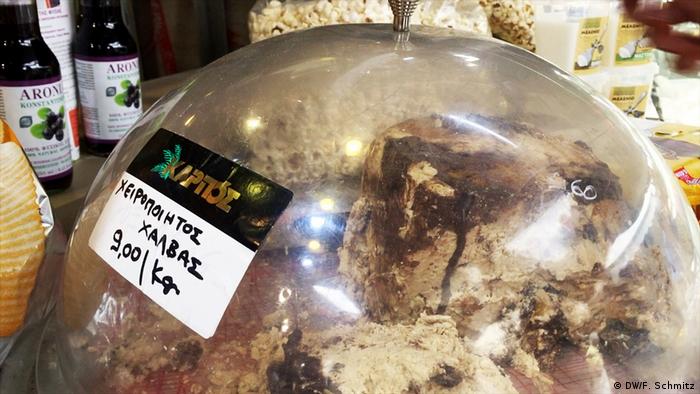 Halva or alva? Even sweets aren't exempt from the Macedonian name dispute

In the area surrounding Thessaloniki's Kapani market food aficionados can find Greek cheese, wine, herbs and also world famous halva — a sweet confection made from oilseed, sugar and honey. This treat was originally invented in the Middle East, though its recipe gradually spread over the centuries to present-day Greece and the Balkans.

North of Greece, in neighboring North Macedonia, the sugary treat is known as alva and considered part of the national culinary heritage. But many Greeks disagree and say this poses a cultural threat.

Read more: North Macedonia and Greece — what's in a compromise?

For almost 30 years, Greece and Macedonia were embroiled in a bitter name dispute, leading to deep-seated divisions between both peoples. In 2018, the Prespa agreement finally ended the name conflict, with Macedonia being renamed North Macedonia. Yet tensions remain. Talking DW, a Thessaloniki trader said that people in North Macedonia have "no right to use the name Macedonia" for their products. She said that to her, any goods referred to as Macedonian are Greek, though she also confessed she had no issue with alva from North Macedonia. People come to Greece from North Macedonia to buy the sugary treat, she says, and she is convinced they "do not have the know-how to produce alva."

But in North Macedonia's capital of Skopje, locals find such Greek assertions laughable. Speaking to DW, a young woman said that naturally, Macedonians know how to produce alva — even though, she admits with a smile, the Greek version tends to taste better. In any case, wine is the far bigger bone of contention when it comes to labeling. After all, both nations are major wine exporters. 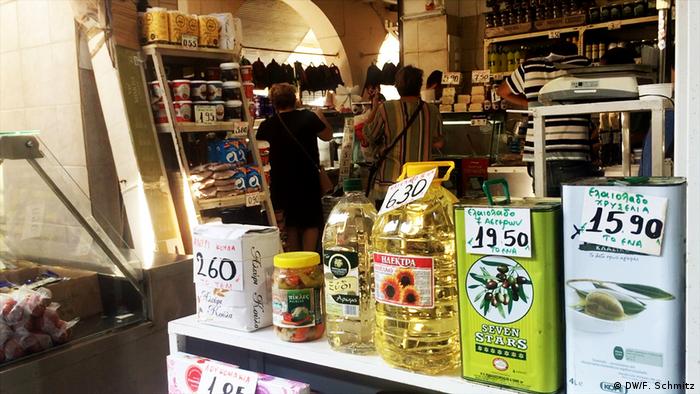 While the politicians have largely settled their dispute, businesses are still at odds over product labeling

"Macedonian wine is from Macedonia, not Greece," a tradeswoman in Skopje told DW. She said it is a crime Macedonia was renamed North Macedonia following the Prespa agreement: "There is no such thing as North Macedonia, this was forced on us." And even though not all of her compatriots think this way, many are still getting used to the new name. Similarly so in Greece. That's because in both countries, people do not have much trust in their politicians.

Former Greek Prime Minster Alexis Tsipras lost last June's snap parliamentary elections by a large margin, in part because of the divisive Prespa deal. And his North Macedonian counterpart, Zoran Zaev, has been losing support himself. Zaev had sold the Prespa agreement to his people by arguing it would help facilitate quick accession to the European Union, but it will be some time until that becomes reality.

North Macedonia, meanwhile, has been rocked by a high-profile extortion scandal: Special Prosecutor Katica Janeva, who had been tasked by the government to crack down on organized crime, is now behind bars for alleged involvement in graft. Zaev vowed to take an uncompromising stance on corruption, and the current scandal is one reason why many people in North Macedonia question whether the Prespa agreement was really such a good idea.

The new Greek government under liberal-conservative Prime Minster Kyriakos Mitsotakis, meanwhile, has adopted a more confrontational approach to its northern neighbor when it comes to product labeling. At an international trade exhibition in Thessaloniki earlier this month, Mitsotakis said only goods from northern Greece were "genuinely Macedonian." And when he met Zaev at the recent UN summit in New York, he made clear that "I would not have signed the Prespa agreement, but I will accept it."

He doesn't have much choice. The agreement has been ratified by both countries and they are obliged to honor the deal. Now, the two sides must find a way to settle their disagreement over goods labeling. 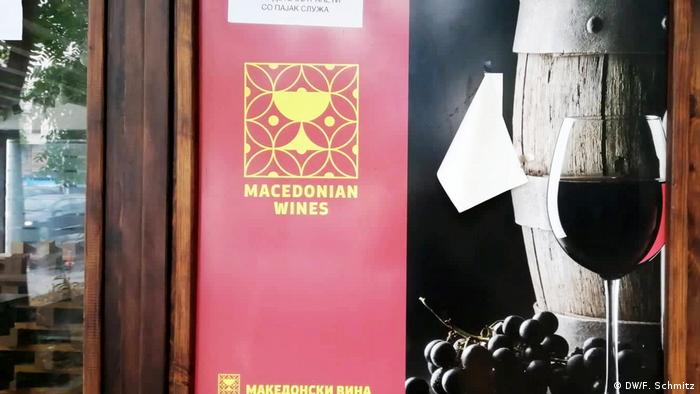 "The politicians have done their bit," said Georgi Filipov, the deputy head of an expert commission with representatives from North Macedonia and Greece, as well as from the EU Intellectual Property Office. The commission is aimed at helping the chambers of commerce in both countries find suitable solutions to the product labeling issue.

Filipov said the labeling dispute is a private sector issue, which is why there are no more talks on the political level. "We urged both sides to reach an agreement within the coming three years," he said. However, Filipov does not believe that a single agreement will resolve this complex issue. There remain challenges over how products list their country of origin, brand names and registered trademarks, he explained. What matters now is overcoming ideological obstacles, Filipov said, adding that similar problems have already been solved in other parts of the world before. "Businesspeople are part of the real world and maybe a bit wiser than politicians; they will find a solution," he said.

Flilpov could well be right. Today, roughly one year after the Prespa agreement, both countries are busily trading with one another. And most wine-related labeling issues seem to have been settled, too. "After the Prespa treaty and name change, all winemakers changed their labels," said Elena Mladenovska Jelenkovic, who manages the Macedonian Wine Association. "Every bottle labeled after the agreement now says it was produced in North Macedonia, it is impossible to get mixed up now." Both sides have agreed that wine may still be sold as "Macedonian" provided its country of origin – Greece or North Macedonia – is clearly identified on the bottle.

So far, only a few Greek vintners are concerned the name change will adversely affect their exports. Fani Argyropoulou of the Greek Pieria Eratini winery says there has been no drop in wine sales, though she believes some foreign customers may be a little bit confused by the new labeling. Even so, Argyopoulou says competition is good for business. "We are competing against other winegrowing regions in the world," she said. That's why, Argyopoulou argued, "every winemaker should strive for a distinguishing feature." That, in her opinion, is the best way to weather uncertain economic times.