Amid widespread protests, the Greek parliament has ratified a deal that would allow Macedonia to pursue EU membership. Many Greeks are still angry, saying the deal paves the way for Macedonia to claim Greek territory. 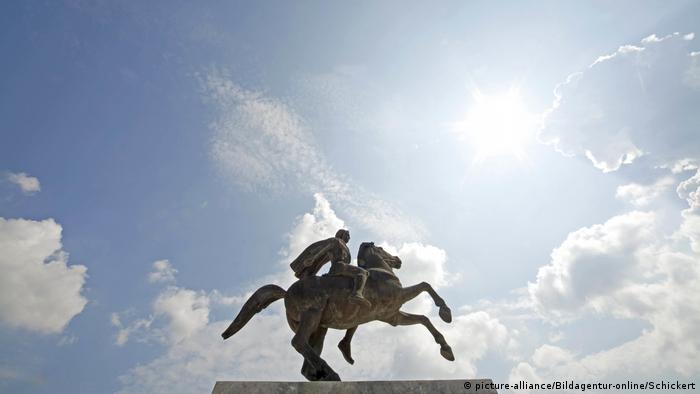 Greece's parliament voted on Friday in favor of a deal to end a diplomatic dispute with the former Yugoslav Republic of Macedonia (FYROM) that has plagued relations for nearly 30 years.

The Greek government had been under immense public pressure to back down from the agreement, which will allow its neighbor to change its name from the FYROM to the Republic of North Macedonia.

Greek Prime Minister Alexis Tsipras, who hammered out the deal with his Macedonian counterpart last year, hailed the ratification as a "historic day."

"Today we write a new page for the Balkans. The hatred of nationalism, dispute and conflict will be replaced by friendship, peace and cooperation," Tsipras said.

Macedonian Prime Minister Zoran Zaev sent his congratulations via Twitter: "Together with our peoples we reached a historic victory. Long live the Prespa Agreement! For eternal peace and progress of the Balkans and in Europe!"

European Council President Donald Tusk also welcomed the result: "They had imagination, they took the risk, they were ready to sacrifice their own interests for the greater good. Zoran, Alexis — well done! Mission impossible accomplished," he tweeted.

NATO Secretary-General Jens Stoltenberg said on Twitter the vote is "an important contribution to the stability and prosperity of the whole region."

"I look forward to the future Republic of North Macedonia joining NATO," he added.

What is in the deal?

According to the deal, Macedonia will:

What is the problem?

Since Macedonia gained independence in 1991, Greece has objected to Skopje's use of the name, saying it is in direct conflict with the Greek province that goes by the same name.

For Greeks, the province of Macedonia was the seat of power for Alexander the Great, who is considered a national hero. They believe that Macedonia has in the past blurred the lines of his Greek heritage.

Until the renaming process, Greece repeatedly blockedMacedonia's attempts join the EU and NATO. 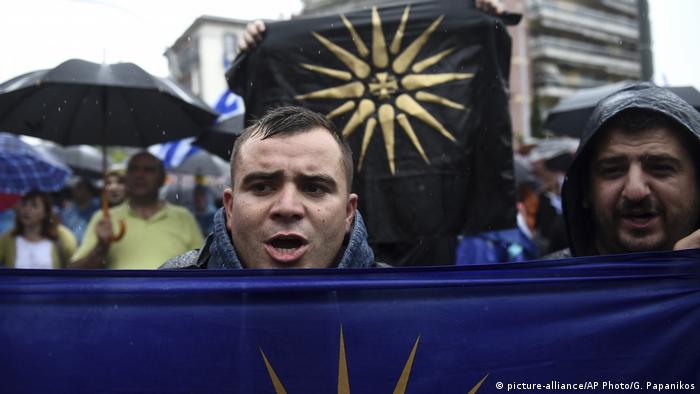 Greek protesters hold flags of the Vergina Sun, which Athens considers a relic of ancient Greece

Why are the Greeks protesting?

For months, thousands of Greeks have taken to the streets in Athens, Thessaloniki and elsewhere across the country to protest against the deal. Detractors have argued that the pact paves the way for Macedonia to appropriate Greek culture and, one day, make territorial claims.

Tensions have been notably high even in Greek parliament. The vote was initially to take place at midnight on Thursday, but was delayed because 230 lawmakers wanted to speak on the issue. Many of them were allotted six minutes to speak, in accordance with parliamentary procedures.

It also shook the Greek government, with Prime Minister Tsipras surviving two no-confidence votes weeks apart from each other.

What about the Republic of Macedonia?

Following lengthy negotiations, Macedonia agreed to hold a referendum. Some 90 percent of those who voted cast their ballot in favor of the name change in September. However, only a third of registered voters took part in the referendum.

A month later, Macedonia's parliament narrowly approved constitutional changes to allow the renaming process to begin. Earlier this month, it formally changed the constitution and approved the new name.

The country's main opposition party has led protests against a proposal to integrate Bulgarian minority rights. Such a move would be necessary to continue EU accession talks.