Germany has a reputation as a recycling role model - but low oil prices are making plastics recycling barely economically viable. What does this mean for the environment - and for the future of recycling in Germany? 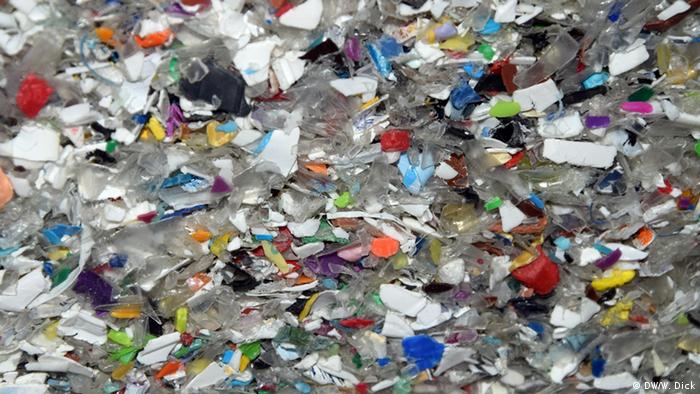 Lower oil prices are threatening to hurt Germany's plastic recycling - and could slow down progress on a new law governing use of recycled materials that is painstakingly inching its way through the legislative process.

Firms that process plastic recycling in Germany are struggling to compete when it comes to selling on recycled materials to manufacturers, as lower oil prices have made it cheaper to produce new plastics.

Peter Kurth, president of the Federation of the German Waste, Water and Raw Materials Management Industry (BDE), warned recently that so-called recyclate, or the raw material to be processed in waste recycling, is finding ever fewer buyers.

However, the BDE believes the German government's target of using recycled materials for 36 percent of plastic production will still be met.

Germany is one of the world leaders in terms of recycling - it recycled 71 percent of its packaging waste in 2012 according to data from Eurostat, third in the European Union behind Belgium with 80 percent and Ireland with 74 percent packaging recycling.

But the German government wants to further increase use of plastic made from recycled materials, with the current draft law doubling the target to 72 percent.

For manufacturers with eyes firmly fixed on costs, opting for the cheaper new plastics would be the more economically attractive option.

But - reflecting consumer preferences - many companies will continue to value the "Blue Angel" label for environmentally friendly products, which includes containing a minimum content of recycled materials. Such manufacturers are likely to still pay up for recycled plastics, despite higher costs. 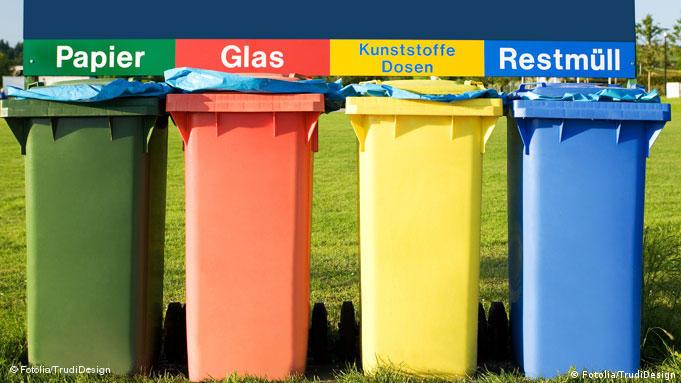 Germans are somewhat fanatical about sorting their rubbish

Rolf Buschmann, policy officer on technology and the environment for Friends of the Earth Germany, sees a knock-on effect from lowering oil prices on the processing of reused plastics.

"This is affecting of course any recycling initiative based on products made out of oil," Buschmann told DW.

He doubted this would affect Germany's status as a leading light in reusing materials - but does fear that it could hit the country's plans to double its plastic recycling rates.

"The problem is that recycling firms will not be able to make money from it anymore, and this will hinder plans to expand recycling rates," Buschmann said.

Economic factors have played a major role in pushing recycling forward - and with lower profit prospects, Buschmann fears companies will no longer push for recycling policies. 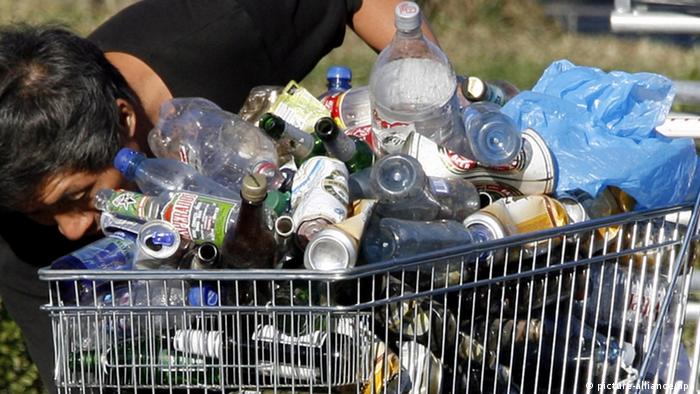 Buschmann explained that currently, German consumers finance recycling via license fees, which are added onto the price of products they purchase. Manufacturers are required to put the Green Dot logo on packaging that can be recycled, which consumers then sort into a special yellow bin or bag that is collected from households.

But the new law would enable recycling far beyond plastic packaging - including even items such as a plastic toy or a frying pan.

If passed, that law would require recycling firms to pay fees, as such waste items are not covered by the Green Dot licenses, Buschmann explained.

But Buschmann said that due to low oil prices, the recycling firms "might try to shift the start of the new legislation because they won't be able to fulfill the new goals in an appropriate time frame."

Low oil prices are putting recycling companies in competition with plastics producers, he explained. This sense of insecurity on the profitability of recycling may trigger reopening Germany's discussion on recycled plastic reuse rates, he added.

For the sake of recycling, Buschmann hopes this does not happen.

"We desperately need higher rates - which we would hopefully have with the new law," Buschmann said. He added that he had hoped the new legislation would already have been implemented by now. 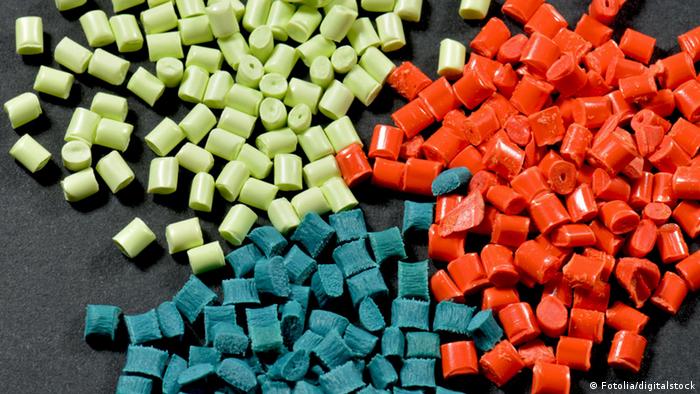 Plastic from recycled items is processed into granules, which is then sold to manufacturers

If lower rates of plastic were recycled, the environmental impacts would be clear.

New production of plastic requires more resources costs than recycling or reusing, Buschmann pointed out. "CO2 emissions, water and land use are higher when we continue to consume primary raw materials, and don't start to close the loop and change to secondary raw materials."

Franziska Krüger from Germany's Federal Environment Agency told DW: "Recycling is the first option for waste management in the waste hierarchy. So, we have to strengthen the recycling industry and to push the recycling rate of waste plastics."

Since recycling prevents solid waste from entering the environment, less recycling means more trash, in landfills - and in oceans.

Although Kurth warned that plastic recycling firms would face difficulties, he also told DW that he didn't think low oil prices place Germany's reputation as a leading recycler at risk.

"Germany has very good infrastructure, especially for the collection system of different waste streams," Kurth said. "So we are able to collect very high volumes of waste, not only at households, but also at companies."

The German Association for Secondary Raw Materials and Waste Management (BVSE) also weighed in, saying that they are not concerned over how lower oil prices would affect plastic recycling.

Dirk Textor, chairman of the plastic recycling body within the BVSE, said: "No one is happy about the low oil prices - but the demand for good quality [recycled] plastic is still stable."