Around a third of the world's food ends up in the trash. Cooperatives like Foodsharing in Berlin are trying to save food from being wasted. But the initiative is at risk, as government authorities are cracking down. 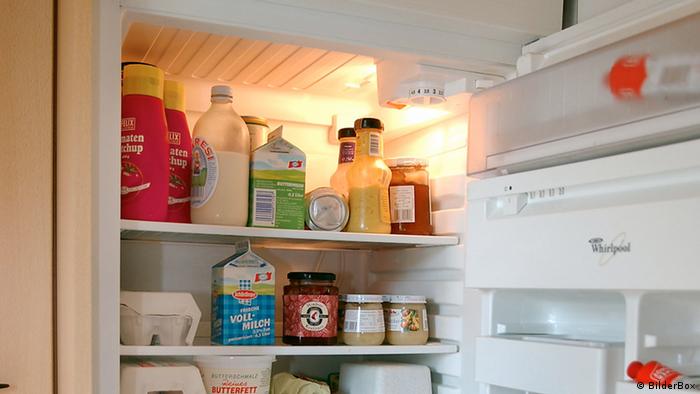 The smell of bread buns and cinnamon rolls wafts out of the bakery in the northern Berlin district of Prenzlauer Berg. It's closing time. The staff wipe down tables as two young women place the left over bread into bags, one at a time.

Sina Maatsch and Franziska Thiel are not customers, rather part of Foodsharing, a cooperative dedicated to stopping food waste.

"It's scary how much food is put in the garbage," says Thiel. She's concerned about all those. "If I can just save 1 percent, then I've made a step in the right direction and I'm also helping lots of people who then don't have to go hungry."

In Germany, each person wastes around 81 kilograms of food on average each year. So-called "foodsavers" registered with the cooperative try to stop that from happening. But the grassroots initiative in Berlin could be at risk.

Cracking down on food sharing 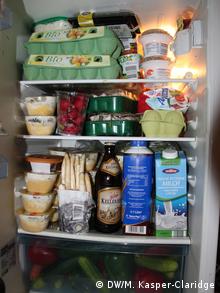 Every day, foodsavers make trips to shops, bakeries and supermarkets around the city to pick up leftovers - food that has not been sold or will soon pass its use-by date.

Members can choose whether to keep it themselves, or pass the food along to others. Or they can take it to one of around 25 "Fairteiler" (fair-share) fridges and cupboards around the city, which are open to the community. Since the cooperative was founded in 2012, it says it's already "rescued" nearly a metric ton of food in Berlin alone.

Food sharing initiatives have also had success in other countries around the world, including in the United States and the UK.

The model of using fridges has been copied in Spain through the "solidarity fridge," supported by the mayor of Galdakao in the northern Basque region.

But in Berlin, authorities claim the food-sharing fridges are classed as food businesses because they are public. This would mean they have to comply with European Union regulations - which are now being enforced by Berlin's department for consumer protection.

Outside MACHMit!, a children's museum close to the bakery, Maatsch shakes the lock that's now securing a fridge housed under one of the arches of a former church. It was once open to the community - but was closed in December.

Maatsch says because all members of Foodsharing are volunteers, it would be impossible to follow the EU regulations that apply to businesses dealing with food.

"These new rules that have been agreed likely mean the end of our Fairteiler because the conditions are very stringent - in our opinion, over the top," Maatsch told DW. 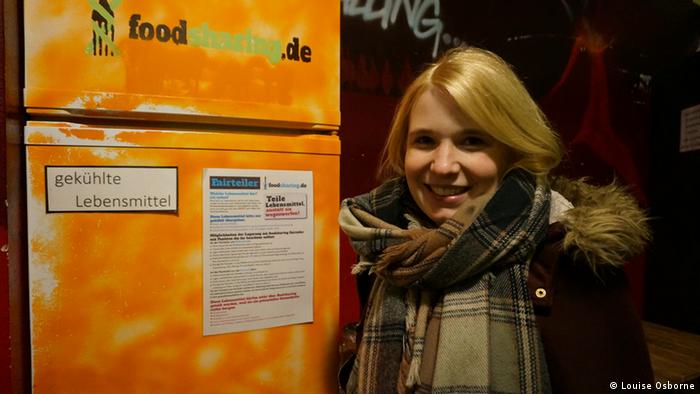 Maatsch worries that the Fairsharing initiative will be shut down

These include having one person who is responsible, and documents everything that is put into the fridge and what is taken out. "We know how much these fridges are used, and we couldn't do that," Maatsch says.

The cooperative is fighting back and has started a petition that has already garned more than 16,000 signatures. Legally, Maatsch and other members of the Foodsharing initiative argue that the fridges and cupboards are private, and so should not be subject to such regulations.

Sitting at her desk, surrounded by tendrils from the plants in her office in the southern Schöneberg district of Berlin, German Secretary for Consumer Protection Sabine Toepfer-Kataw sits typing.

Over the past weeks, she has received almost a thousand emails criticizing the decision to enforce the regulations that have led to some of the community refrigerators being closed. She says she's trying to answer as many as she can.

Toepfer-Kataw defends the actions. She says it is not the aim of the government to prevent the foodsharing initiative, rather to protect the health of the public. People who work in the food industry have to know where the food they are supplying comes from.

"There needs to be someone who is responsible," she says. "If there's something that's bad in one of the fridges, both the food safety authorities and the person who took the food must have someone they can get in touch with," Toepfer-Kataw told DW. "These rules apply for every food business." 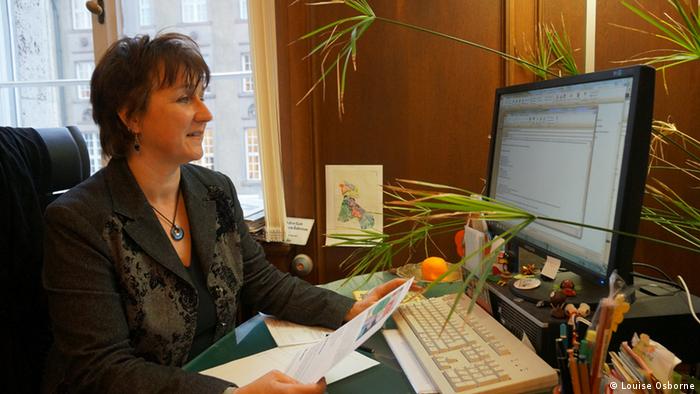 Toepfer-Kataw says "Fairteiler" can continue, but that someone needs to take responsibility for the food distributed

The future of food sharing

The problem of finding a way to try to save food from being wasted is something that communities, community groups and authorities alike have grappled with.

Following a grassroots initiative in France, the government recently imposed a law banning supermarkets from throwing away unsold food. Campaigners are hoping to get the EU to adopt a similar legislation.

Back at the bakery, Sina and Franziska thank the bakery owners for their leftovers. If all the community fridges around the city are closed, rolls like these may end up out with the trash in the future.

Even if they are unable to find a solution, Sina says foodsharing in some form will continue.

"At the moment there's no alternative - there's no place where one can exchange food, or where someone can bring food when it's no longer needed. That's simply missing in Germany."

An idea from students at a US university has led to special dumpsters on campus that collect the ubiquitous take-out pizza boxes and reduce trash. (08.01.2016)