The WWF's new Living Planet Report is ready for you to read - and for inspiring action. Its findings are heartbreaking, yet also encouraging. Its message is clear: the time to act is now. 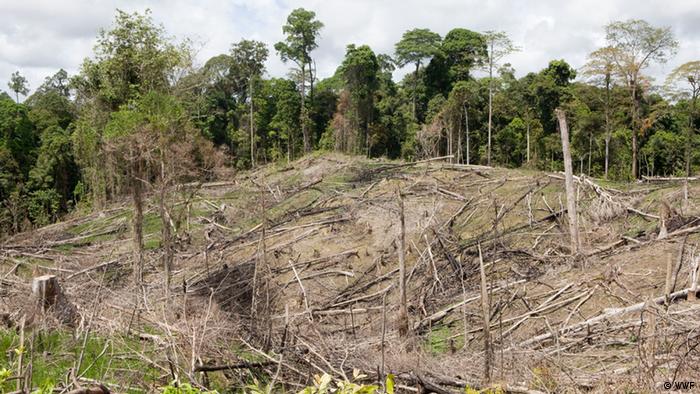 The World Wide Fund for Nature (WWF) has released its Living Planet Report, a biennial assessment of human impacts on planetary health published in collaboration with the Global Footprint Network and the Zoological Society of London.

Most of the results are quite discouraging. Levels of biodiversity around the world continue to decrease, while our increasing use of natural resources is damaging key environmental systems.

"The next 50 years will be even rougher than the previous 50 years - in many regions, ecosystems are already at the tipping point," WWF speaker Jörg-Andreas Krüger told DW at a press conference in Berlin.

WWF also highlights how scientists believe we have moved into a new geological era - the Anthropocene, an epoch in which "the climate is changing rapidly, oceans are acidifying and entire biomes are disappearing - all at a rate measurable during a single human lifetime," according to WWF.

Krüger spoke of "insane losses" for planetary systems - for example, 239 million hectares of rainforest since 1990, which is roughly twice the area of South Africa.

But instead of throwing our hands up in dismay, the overall conclusion is a push to take action. Whether it's ready to or not, humanity will have to manage its increasing population, an endangered nature and unexpected climate consequences that could be devastating.

But don't panic! According to the report, there is "plenty room for optimism." 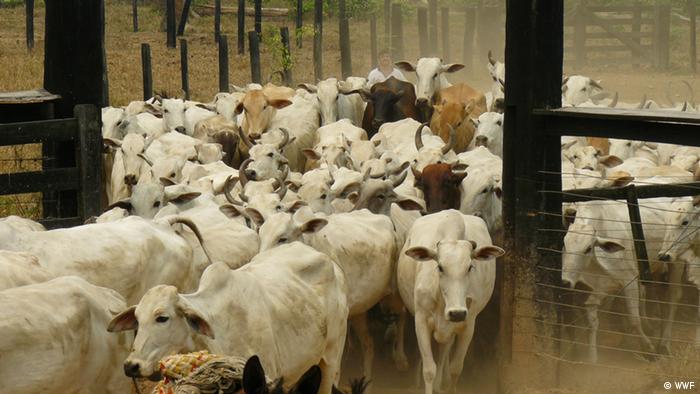 There are ideas and mechanisms aplenty to start addressing the problem, Krüger pointed out. "We're seeing small approaches everwhere which show how things can be better, and that gives me hope," he told DW. There are also positive developments in some countries and economic sectors, he added.

The Living Planet Index has assessed data from almost 4,000 vertebrate species for the last three decades. From 1970 to 2012, overall abundance of vertebrate population has decreased by 58 percent.

On average, the size of these vertebrate populations has been reduced by more than half, with an average annual decline of 2 percent.

The decline in vertebrate populations has been mainly due to human activities.  Loss and degradation of habitat is pointed out as the main threat - often fueled by resource extraction such as logging or mining, but also by unsustainable agriculture and residential development.

Species overexploitation - in direct forms like poaching, and indirect forms such as through by-catch - constitute other primary risks for biodiversity.

Pollution, invasive species, disease - and of course, climate change - round out the list.

The key role of ecosystems

The destruction of ecosystems not only impacts plants and wildlife, it also negatively affects humans - as ecosystems are our source for food, freshwater, clean air and energy.

The Earth's natural capital - that is, natural resources supporting human life - is not able to recover fast enough from pressure exerted by a growing human population over the past decades. WWF calls this the "great acceleration."

Some of the most devastating consequences of this are already becoming part of the global reality: conflict fueled by natural resource scarcity and food and water insecurity, among other impacts.

Our Earth is not enough

As of 2012, we would already need 1.6 Earths to cover consumption for that year. And "exceeding the Earth's biocapacity to such a degree is possible only in the short term," WWF warns.

Carbon is the dominant component of our ecological footprint, released mostly through the burning of coal, oil and natural gas - powerful but scarce fossil fuels.

Besides carbon footprint, WWF analyzed five other categories of consumption: Cropland needed for food and fiber, surface for livestock grazing, fishing grounds, forests, and land for building out infrastructure such as transportation and housing.

"Per capita ecological footprints of several countries are as much as six times larger than the available per capita share of global biocapacity [1.7 global hectares]," WWF writes. 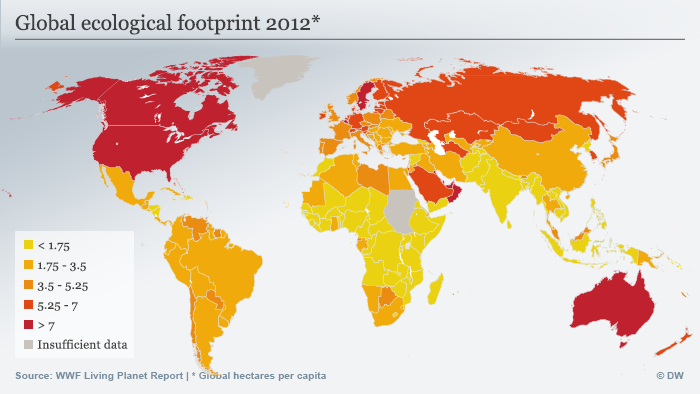 If you have read through to here, you probably agree that there is need for action. You are not alone.

The first step, WWF proposes, is to be aware of the impact of our daily actions. But beyond that, we need to look at the underlying causes for such negative impact.

"Sustainability and practical use of resources should be among the top behavioral maxims of humanity," said German WWF conservation head Christoph Heinrich. "This has to trickle down in every aspect of the government - but also in our own behavior," he said at the press conference in Berlin.

The only way of reaching the United Nations 2030 agenda for sustainable development is to combine citizen efforts with more engagement from companies and stronger governmental policies, the WWF asserts.

In order to move towards a more sustainable system, "a number of significant changes - both incremental and radical - would need to take place, in the areas of natural capital protection, governance, financial flows, markets, and the energy and food systems."

Moreover, the global transition toward sustainability can only happen through the use of renewable energies. There is no way around this, WWF insists.

Living Planet: Environment stories from around the world

The half-hour radio show and podcast Living Planet makes the environment matter to you. (07.07.2016)

Living Planet: Biodiversity - are we part of it, or a threat to it?