Lilibet Diana: What's behind the name of the new royal baby? 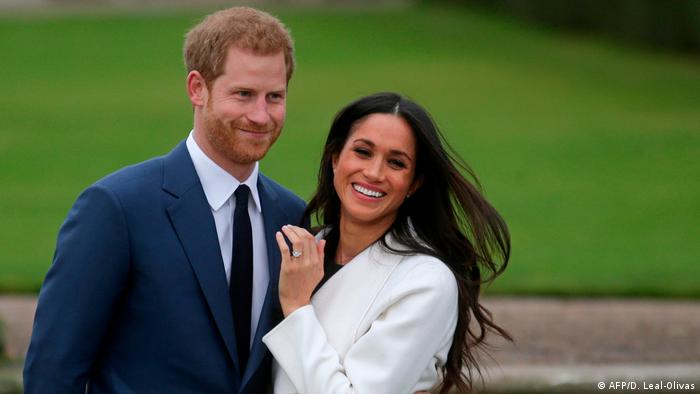 A new chapter is being written in the story of Prince Harry, Meghan Markle and the British royal family.

The couple, who infamously resigned from their royal duties and moved to the US, announced on Sunday through the website of their non-profit the birth of their daughter Lilibet Diana Mountbatten-Windsor, who was born on June 4 in Santa Barbara, California. Mother and child are well and back at home, they said.

"Lili," as the child will be called, is the second child of Harry and Meghan after son Archie Harrison.

Following the announcement of Lilibet Diana's birth, the British royal family said through a spokesperson that it was delighted about the birth of the baby girl. Harry's brother, Prince William, and his wife Kate, equally expressed their pleasure.

But the celebratory news also caused a stir on social networks. It came after an explosive interview in early March with Oprah Winfrey, in which the couple accused members of the British royal family of racism, among other things. The interview sent shock waves around the world.

"Lili was named after her great-grandmother, Her Majesty the Queen, whose pet name in the family is Lilibet," states Harry and Meghan's press release.

As fans of the British royal family certainly know, the nickname originated during the childhood of the future Queen Elizabeth II because she could not pronounce her own name as a toddler. Not only her grandfather, King George V, is said to have affectionately called the queen "Lilibet," it was also the way she was addressed by her husband, Prince Philip, who died just recently on April 9, 2021. 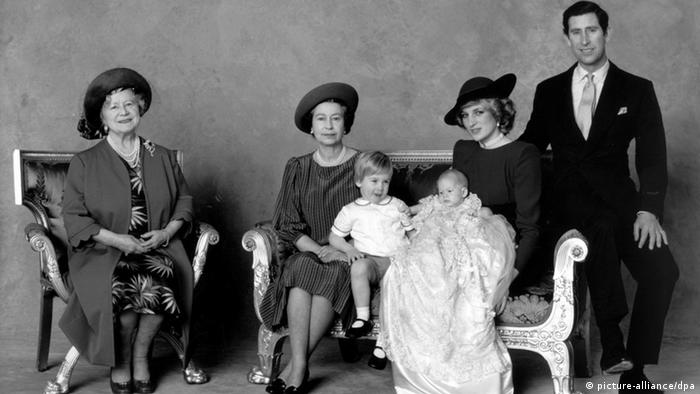 The two namesakes of the new royal Lilibet Diana: Queen Elizabeth II, sitting next to the young Prince William, and Princess Diana, holding Prince Harry as a baby in 1984

For some British tabloids and various social media commentators — some of which are ardent supporters of the royals and thus categorically hostile towards Meghan Markle — the new baby's first name poses an affront. Resenting Harry and Meghan's resignation from their royal duties as well as their public accusations, the critics say the name they chose to give their daughter insults the widowed queen.

Others, however, interpret the naming not as an insult, but as an offer of reconciliation from the "renegade" couple to the royal family.

The UK's Metro tabloid labeled the couple's tribute to the queen a "Gran Gesture," while the Daily Mail pondered whether the two had asked the reigning monarch for permission before the name was announced: "Lilibet: New Sussex baby given Queen's family nickname (but did they even ask her?)"

A special system of symbols among the royals

Regardless of the specific interpretation, what is striking is that the name of the daughter is not just a mere name. Naming her Lilibet Diana is being understood as a political act — as a sign to the royal family, but also to the legions of the population that support it, something that should be interpreted and decoded.

Where does this reasoning come from?

For one, there is the succession in monarchies. Lilibet Diana takes the eighth place in line and could potentially sit on the throne herself one day. However, like her brother Archie, she will at first not have a royal title.

Only once Queen Elizabeth II dies and her son Prince Charles becomes king would Lili officially become a princess as the king's granddaughter.

Much more important than the succession to the throne, however, is the other sort of system into which Lili is born. Depending on their position at court, royal family members must follow a strict etiquette of behavior and are constantly assessed and observed by millions of royals fans, as well as journalists from around the world. Every detail is interpreted as having meaning: Outfits, family photos and public appearances are all charged with significance. 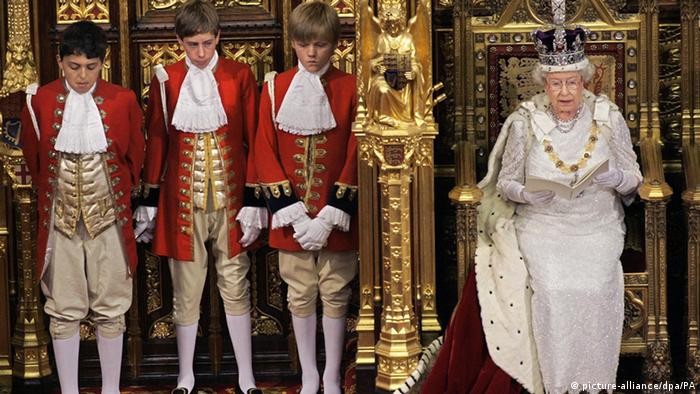 Sign of power: Queen Elizabeth II sits on her throne while wearing her crown during a speech in the House of Lords

Who may represent the royal family?

Especially in monarchies, this myth is crucial for rule. The insignia of power and the display of rule have been important since at least the Middle Ages in order to stage the natural, mortal person of the king as a supratemporal figure of authority whose powers were instituted by God.

The king thus had, as described by historian Ernst Kantorowicz, two bodies: a natural one and a political one.

If British tabloids are any indication, one thing is clear: This notion of royal bodies and gestures is still present today — even though the British royal family no longer exercises any relevant political power.

The idea of the public-political body, on the other hand, has persisted, as the dispute over the Lili's naming shows: By being given the nickname of the ruling queen, the daughter of the "renegade" royals receives, in the eyes of hardcore royalists, a position at the heart of the family to which she is not entitled.

The external controversy over the name is therefore related to a question of power: Who is allowed to present themselves as part of the royal family (and thus in positions of political power), and who is not?

It is against this background that Meghan and Harry's accusations of racism become relevant again, in which the question of political representation was precisely at issue: Parts of the royal family, as Meghan reported in an interview, apparently had concerns about the birth of their son. Or more precisely: about how dark his skin would be.

In the docu-series, Prince Harry tells Oprah how the royal family "bullied" him. Amid the COVID-19 pandemic, mental health is a crucial issue for countless people.

Prince Harry and Meghan Markle announced the birth of their second child, a baby girl. Here are a few other British royal babies who've smiled for the camera.