Meghan, Britain's Duchess of Sussex, has given birth to her second child, a baby girl. The new baby has been named after Queen Elizabeth and the late Diana, Princess of Wales. 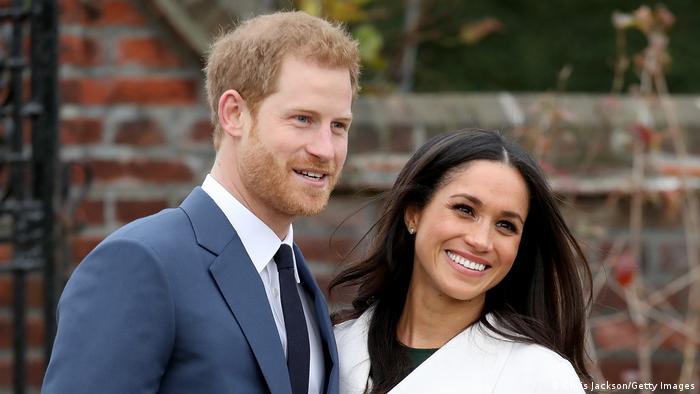 Prince Harry and Meghan Markle on Sunday announced the birth of their second child, a baby girl.

"It is with great joy that Prince Harry and Meghan, The Duke and Duchess of Sussex, welcome their daughter, Lilibet 'Lili' Diana Mountbatten-Windsor, to the world," the couple's press secretary said on Sunday.

"Both mother and child are healthy and well, and settling in at home," the press secretary said, adding: "The Duke and Duchess thank you for your warm wishes and prayers as they enjoy this special time as a family."

Her first name, Lilibet, is a nod to Her Majesty The Queen's nickname. Her middle name is in honor of her grandmother and Harry's mother.

The baby is the eighth in line to the British throne.

No photos of the newborn or the Sussexes accompanied the announcement.

Buckingham Palace said in a statement that Queen Elizabeth, Prince Charles, William and Kate are "delighted" with the news of the births of a baby daughter.

UK Prime Minister Boris Johnson was also among the wellwishers.

He wrote on Twitter: "Many congratulations to The Duke & Duchess of Sussex on the birth of their daughter."

The Invictus Games Foundation, an international sporting event for wounded and sick service people and veterans that was founded by Prince Harry wrote:

"Congratulations to our Patron The Duke of Sussex and to the Duchess of Sussex on the birth of their second child! Welcome to the #InvictusFamily Lilibet ‘Lili’ Diana Mountbatten-Windsor!"

The birth comes after Harry and Meghan's explosive TV interview with Oprah Winfrey in March.

The couple described painful discussions about the color of their first child's skin, losing royal protection and the intense pressures that led her to contemplate suicide.

Buckingham Palace said the allegations of racism made by the couple were "concerning."

The royal family said the issue would be addressed privately.

Harry and Meghan's departure from royal duties began in March 2020 over what they described as the intrusions and racist attitudes of the British media toward the duchess.