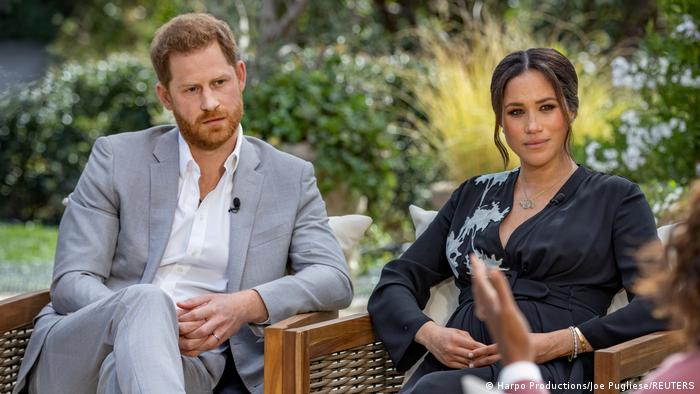 The interview was seen by millions across the globe

After reports of racism among the UK royals, Buckingham Palace announced on Tuesday that officials would take the issue raised by the Duke and Duchess of Sussex "very seriously" and address the matter privately.

The announcement follows an explosive interview that Prince Harry and his wife, Meghan, the Duchess of Sussex, gave to the US celebrity host Oprah Winfrey on Sunday.

In a statement "issued on behalf" of the queen, the palace announced that the royal family was "saddened to learn the full extent of how challenging the last few years have been for Harry and Meghan." 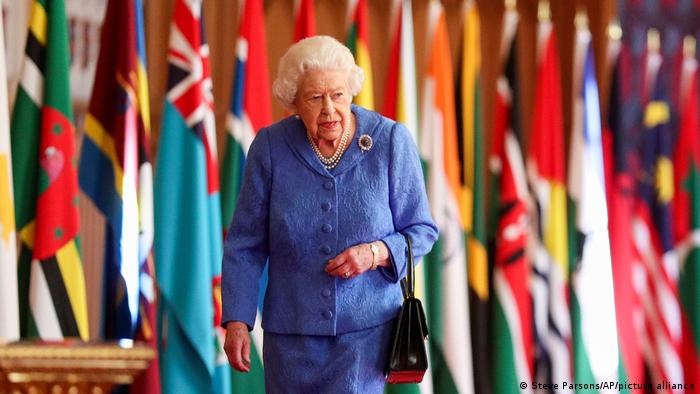 Though "recollections may vary," according to the statement, the account the duke and duchess gave in their interview of a family member uttering racial slurs would be "taken very seriously."

Meghan told Winfrey that Harry had been asked by an unnamed family member "how dark" their son's skin might be.

According to the Palace, the Sussexes, who married in 2018, will "always be much loved family members."

Pressure had been growing on Buckingham Palace to respond after Meghan — the first mixed-race member of the modern Royal Family — revealed the comments about their son's skin color.

The statement from Buckingham Palace came after crisis talks between senior royals.

Interview seen across the world

The interview was watched by 12.4 million viewers in Britain and 17.1 million in the United States, triggering a global backlash.

Harry and Meghan, who now live in California, spoke to Winfrey about racism, mental health, the British media and other members of the royal family.

Meghan said she "didn't want to be alive anymore'' as she struggled to fit in with the monarchy and that her request for help was rejected.

It has proved divisive among the British public, with some believing it showed how outdated and intolerant the institution was, while others decried it as a self-serving assault that neither Elizabeth nor her family deserved.

Harry & Meghan pull back the curtain on royal life

UK television host Piers Morgan said "didn't believe a word'' the duchess said, sparking the ire of viewers and even his fellow presenters alike. His comments about the Duchess of Sussex, made on his show, Good Morning Britain, sparked more than 40,000 complaints to the communications regulator, Ofcom, and mental health charities.

The former CNN host announced that he was quitting the show later on Tuesday.