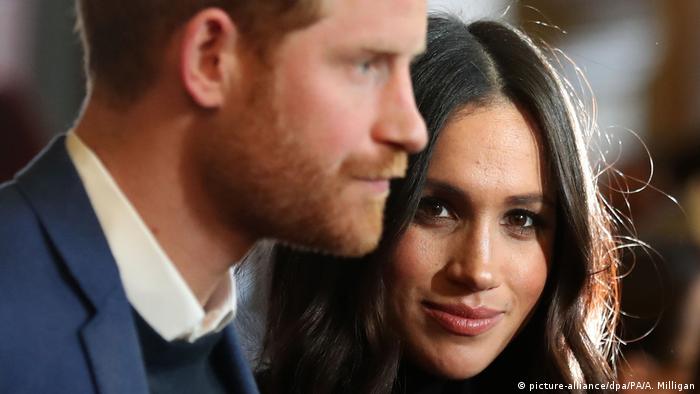 Prince Harry said separation from the British royal family had been very difficult for him and his wife Meghan Markle, according to excerpts from the couple's interview with Oprah Winfrey released on Sunday.

"My biggest concern was history repeating itself," Harry said, apparently referring to his mother Princess Diana, who was hounded by the British press and died at age 36 in a car crash in Paris.

"I'm just really relieved and happy to be sitting here talking to you with my wife by my side," Harry said. "Because I can't begin to imagine what it must have been like for her (Diana) going through this process by herself all those years ago."

"It's been unbelievably tough for the two of us, but at least we had each other," he added.

US broadcaster CBS network released two brief clips from Winfrey's interview of the couple, the first that the couple has given since moving to California last year.

The full interview is scheduled to air on March 7 on CBS and the following day in the UK.

Winfrey, in the promotional clips released, said that there was no subject that was off-limits, adding that the couple had said "some pretty shocking things here," including that their situation had been "almost un-survivable."

Harry and Meghan were seen sitting next to each other, opposite Winfrey holding hands during the interview that was conducted in a lush garden.

The couple were married in a huge ceremony at Windsor Castle in May 2018 and had their first child a year later. Meghan recently announced that they are expecting their second child.

The couple stepped away from royal duties in March 2020, complaining about the British tabloids' treatment of Meghan. They cited what they described as bullying and racist attitudes toward the duchess, who is African American.

They now live in Montecito, California, where they are neighbors of Winfrey.

Buckingham Palace on Friday announced that the couple had finalized their separation from the royal family and will no longer be working members of the British monarchy.

"The Queen has written confirming that in stepping away from the work of The Royal Family it is not possible to continue with the responsibilities and duties that come with a life of public service," the palace said in a statement.