In their final public appearance as senior royals, Prince Harry and his wife Meghan attended the Queen's annual Commonwealth service. The couple and their son are set to spend most of their time in Canada. 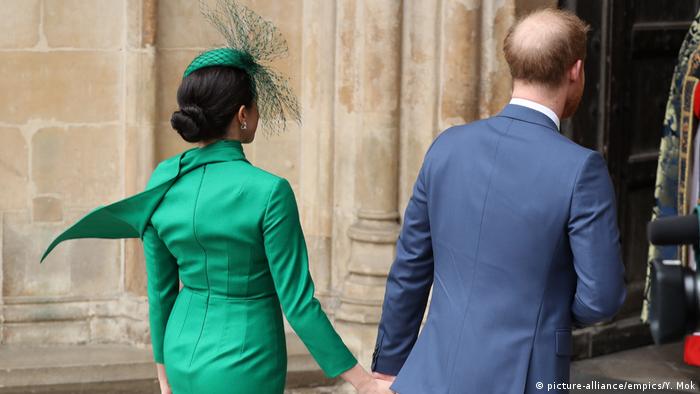 Queen Elizabeth II arrived at an event dedicated to the Commonwealth on Monday, with Prince Harry and Meghan to appear at the Westminster Abbey alongside Prince Charles, Prince William and other key members of the British royal family.

The annual church service marks the last scheduled public event for Harry and Meghan before they officially give up their position as working members of the royal family.

While seated in the church, the Duke and Duchess of Sussex did not take part in the procession that involved the 93-year-old queen walking through the building followed by other royals. Prime Minister Boris Johnson also made an appearance and read the Parable of the Good Samaritan, a story extolling the virtue of mercy, from the New Testament at the medieval church.

Prince Harry, 35, is the younger son of Prince Charles, making him sixth in line for the British throne. He married American actress Meghan Markle in May 2018. Rumors of conflict within the royal family soon appeared in the British press, and in January this year, the couple made a shock announcement that they would be stepping down for their senior roles. It was later confirmed that they would give up some of the income and perks awarded to them by the British taxpayers.

The couple is set to move to Canada and "work to become financially independent," according to their statement in January. The exact degree of their independence and planned sources of income remain unclear. The Canadian government has already stated they will not pay for the royals' security after they step down.

Harry and his wife, 38, would no longer bear the "royal highness" titles, although the 35-year-old would still be considered a prince and referred to as the Duke of Sussex. He is also set to maintain his place in the succession chain.

The Duke and Duchess of Sussex are said to be overjoyed at the news. The baby will be eighth in line to the British throne.