UK's Prince Harry and Meghan to give up senior royal roles

Britain's Prince Harry and his wife Meghan have announced they are to step back from their position as senior royals. The pair also say they plan to spend more of their time in North America. 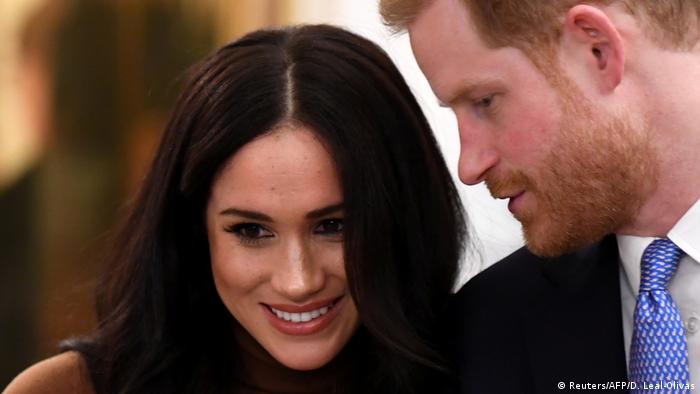 Prince Harry, the grandson of Queen Elizabeth II, and his wife Meghan on Wednesday said they would leave their roles as senior royals.

The pair also said they would seek to become financially independent, and that they would spend more of their time in North America.

"We intend to step back as 'senior' members of the royal family and work to become financially independent, while continuing to fully support Her Majesty The Queen," they said in a statement.

"We now plan to balance our time between the United Kingdom and North America, continuing to honor our duty to The Queen, the Commonwealth and our patronages," the pair wrote on Wednesday.

Pressure of being in spotlight

The pair, whose title is the Duke and Duchess of Sussex, spent their Christmas in Canada after speaking of the pressure of being in the public gaze following their wedding and the birth of their son Archie in May.

The US-born duchess, a former actress, lived and worked in Toronto while she was on the cast of the US TV drama "Suits."

In their statement, the couple said that spending some of their time in North America would give them the necessary space while preserving their link with royal traditions.

"This geographic balance will enable us to raise our son with an appreciation for the royal tradition into which he was born, while also providing our family with the space to focus on the next chapter," they said.

Buckingham Palace said it was in discussions with the couple over their plans, and that these were at an "early stage."

"We understand their desire to take a different approach, but these are complicated issues that will take time to work through," said a spokeswoman for Queen Elizabeth II.

The 35-year-old Harry is currently sixth in line to the throne, and speculation had been rife that he and Meghan, 38, were planning to partly withdraw from their public roles.

Last year, Harry admitted that he had had some disagreements with his older brother, Prince William, who is second in line to the throne. The couple also have a tense relationship with some British newspapers.