The case relates to a private letter Meghan Markle wrote to her father, published by the Mail on Sunday. Prince Harry issued a strongly worded statement denouncing the British tabloid press. 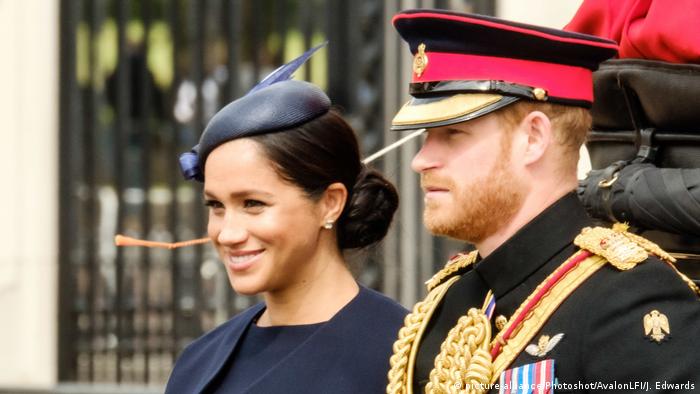 Meghan, the Duchess of Sussex, and her husband, Prince Harry, announced on Tuesday they have opened legal proceedings against the publisher of the Mail on Sunday for publishing a private letter Meghan wrote to her father.

Earlier this year, the tabloid published a handwritten letter Meghan wrote to Thomas Markle, in which she expressed her anguish about their broken relationship and his constant communication with tabloid press. He promptly shared the letter with the Mail on Sunday.

The couple engaged the services of libel lawyers Schillings to pursue the paper for "misuse of private information, infringement of copyright and breach of the Data Protection Act 2018," the firm told British outlets.

Harry published a letter on their personal website, justifying the legal action. He said the couple had been unable to stop the constant reports about the strained relations between Meghan and her father, and the publication of this letter presented their sole opportunity to fight back.

"This particular legal action hinges on one incident in a long and disturbing pattern of behavior by British tabloid media. The contents of a private letter were published unlawfully in an intentionally destructive manner to manipulate you, the reader, and further the divisive agenda of the media group in question," he wrote.

"Put simply, it is bullying, which scares and silences people. We all know this isn't acceptable at any level. We won't and can't believe in a world where there is no accountability for this.

"I've seen what happens when someone I love is commoditized to the point that they are no longer treated or seen as a real person. I lost my mother and now I watch my wife falling victim to the same powerful forces."

Harry's mother, Princess Diana, was killed in a car crash in 1997 after being followed by paparazzi through the streets of Paris.

Schillings told British outlets they had pursued the case after Associated Newspapers, the publisher of the Mail on Sunday, did not reach a satisfactory agreement with them.

Meghan Markle, Duchess of Sussex has a baby boy

Prince Harry's press office said Meghan, Duchess of Sussex went into labor early Monday. The baby boy will be seventh in line to the British throne. (06.05.2019)

Lego has said it plans no more promotions with British tabloid The Daily Mail. The Stop Funding Hate campaign is trying to get advertisers to stop contributing to divisive journalism in many UK newspapers. (12.11.2016)

ZDF commentators consistently described Meghan Markle and her guests as "exotic" and were fascinated by her black hair. The public broadcaster has been roundly condemned by news outlets and people on social media. (20.05.2018)

Queen Elizabeth's eight grandchildren, including Prince William and Prince Harry, stood by her coffin as members of the public filed by to pay respects. Meanwhile, US President Joe Biden has arrived to the UK.

Advice for King Charles from Londoners: 'Leave politics to the politicians' 12.09.2022

The key to boosting King Charles' approval ratings will be remaining in a traditional role, his subjects on the streets of London say. Others say he’ll have to face the unpopularity of the monarchy as an institution.