Lego has said it plans no more promotions with British tabloid The Daily Mail. The Stop Funding Hate campaign is trying to get advertisers to stop contributing to divisive journalism in many UK newspapers. 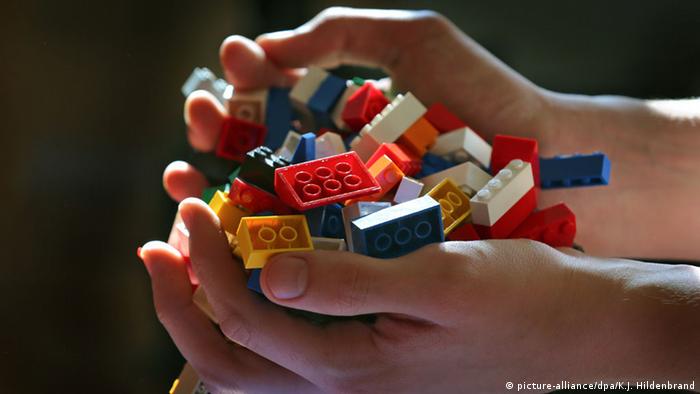 Activists praised a tweet in which the Lego Group announced that it had no further promotions planned with the right-wing British tabloid The Daily Mail.

That might be the biggest victory yet for the Stop Funding Hate campaign, which arose in the wake of the Brexit referendum and in the context of a long history of British newspapers' publishing stories considered to be biased, sensationalized or demeaning.

"We have finished the agreement with The Daily Mail and are not planning any future promotional activity with the newspapers," Lego's social media team wrote on Twitter Saturday.

A representative from The Daily Mail told The Independent that "our agreement with Lego has finished, and we have no plans to run any promotional activity with Lego in the foreseeable future."

In October, Britain's right-wing media cadre launched a vicious attack on the pop singer Lily Allen, who has called for Britain to do more for refugees. The salty-mouthed songstress cheered Saturday's announcement by Lego.

In a November 4 Facebook post, a concerned parent wrote that the the Danish toy company's buy-a-paper-get-some-blocks promos created sales for an outlet that he could not support, citing The Mail's ongoing sexism and xenophobia. In a front-page headline last week, the newspaper called judges who ruled that Parliament would still have to cast the final votes for a Brexit "enemies of the people."

"While I disagree with their political stand, I can accept their right to have it," Bob Jones wrote on Facebook. "But lately their headlines have gone beyond offering a right-wing opinion. Headlines that do nothing but create distrust of foreigners, blame immigrants for everything and as of yesterday are now having a go at top judges in the UK for being gay while making a legal judgment."

Stop Funding Hate has also launched campaigns to get British supermarket chains to stop advertising in right-wing tabloids such as The Mail, The Sun and The Daily Express and has received coverage in more mainstream UK media outlets. So far, most major advertisers have found the right-wing British tabloids too important to their business to acknowledge the Stop Funding Hate campaign.