PM Theresa May has said her government will stick to the Brexit plan despite a court ruling allowing parliamentarians to vote on when to start talks. May is in India in her first bilateral trip outside the EU. 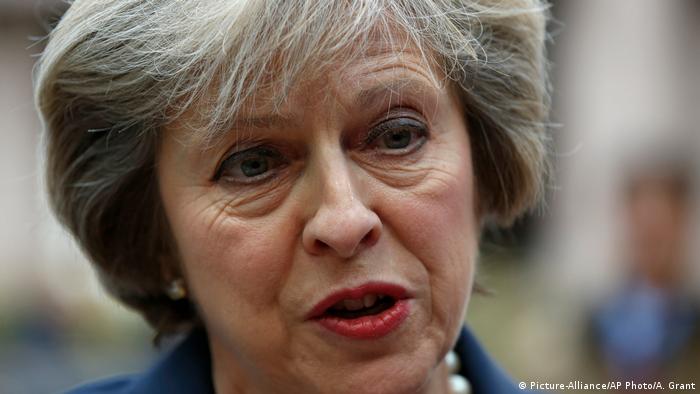 May said on Sunday that she valued the independence of the judiciary after British media criticized that the discussion in court could delay UK's exit from the European Union (EU).

"I believe in and value the independence of the judiciary, I also value the freedom of our press. I think these both underpin our democracy and they are important. Of course, the judges will look at the legal arguments," May told reporters on her flight to New Delhi.

"We think we have strong legal arguments and we will be taking those arguments to court," she added. She also said the June 23 decision by Britain's citizens to leave the bloc was important and that her government would deliver on it.

May's visit comes after a court ruling on Thursday which said the government would not be able to initiate formal talks on exiting the EU without the parliament's prior approval. The Supreme Court is scheduled to hear an appeal against the verdict in early December.

May had earlier said her government would trigger Article 50 of the European Constitution by March 2017 to initiate the formal discussions for the exit from the EU.

Experts say the verdict could allow lawmakers to soften the government's approach to negotiations. Tight controls over immigration are being weighed over remaining in the single market. Labour MP Jeremy Corbyn has demanded that the Brexit ensure guarantees for access to the single market for exporters, continued protection of workers' rights, safeguards for consumers and the environment and against losses of EU capital investment. He said his party won't block Article 50, but would "fight for a Brexit that worked for Britain."

Euroskeptic former leader of the far-right UKIP party, Nigel Farage however warned against a "half-Brexit" that went against the referendum result. "If the people in this country think that they're going to be cheated, they're going to be betrayed, then we will see political anger the liked of which none of us in our lifetimes have ever witnessed in this country," he told the BBC.

Against this backdrop, May's visit to India is expected to focus on key issues, including economic and defense ties, terrorism, visa regimes and technology. She is scheduled to travel to India's technological hub in Bangalore, where she will meet state leaders and business delegations.