UK Prime Minister Theresa May has said she wants a Brexit deal which grants "maximum freedom" in the EU single market while still controlling immigration. German Chancellor Angela Merkel has said the UK cannot have both. 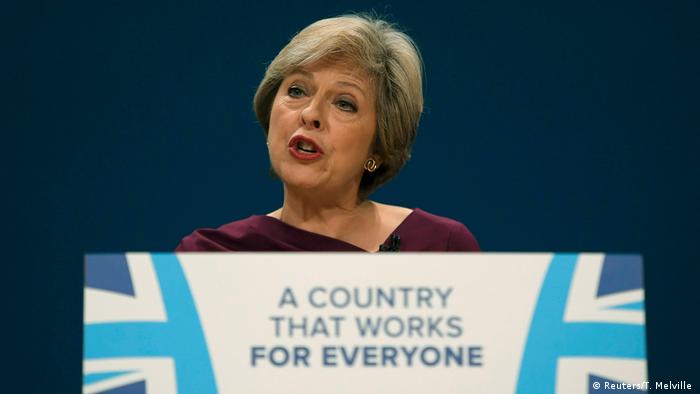 Theresa May further outlined her stance on upcoming negotiations on leaving the EU during a speech on the final day of the Conservative Party's annual conference in Birmingham.

She told her Conservative colleagues that the United Kingdom was aiming to retain some form of access to the European Union's single market, but again said that she would not accept unrestricted free movement of EU citizens in exchange.

"I want to give British companies the maximum freedom to trade with and operate within the single market and let European businesses do the same thing here," May said during the party conference.

However, the British leader insisted: "We are not leaving the European Union only to give up control of immigration all over again and we're not leaving only to return to the jurisdiction of the European Court of Justice." During her years as interior minister, May was a frequent and vocal critic of the primacy of European courts, although she nominally supported the "remain" side during the referendum campaign.

The UK's ambitions currently clash with the stance of European leaders, who have emphasized that Britain cannot have  access to the EU single market without allowing free movement of people. 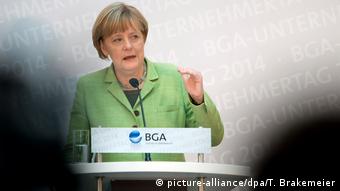 Responding to May's comments on Wednesday, German Chancellor Angela Merkel said that there would be no exceptions made during negotiations with the UK.

"Full access to the single market is coupled, and inseparably linked, to acceptance of the four fundamental freedoms, and they include free movement of people," Merkel said in a speech to German exporters. The EU's so-called "four freedoms" guarantee the free movement of goods, capital, services and people.

If one country were to be exempt from the rules, this would "lead to an extremely difficult situation" for the EU, Merkel warned.

Relatively few details have been revealed so far about the British government's negotiating strategy for leaving the EU, but May has now said on more than one occasion that border control represents a red line for her. May announced on Sunday that she intends to trigger Article 50 of the EU treaty - which triggers the formal exit negotiation process - by the end of March next year.

A 'change' for the Conservatives

During her address to the Conservative Party on Wednesday, May also called for a change of "vision" for Britain's ruling party - to guarantee "fairness and opportunity" for all. She said that the needs of the "working-class people" had not been addressed in an economy which had catered to the elite. She appealed in particular for a tougher line on tax evasion and avoidance.

May painted the June 23 vote to leave the EU as "a quiet revolution" made by millions who had not benefited from globalization or rapid economic changes.

"Just listen to the way a lot of politicians and commentators talk about the public," she said, addressing citizens. "They find your patriotism distasteful, your concerns about immigration parochial, your views about crime illiberal, your attachment to your job security inconvenient."

"They find the fact that more than 17 million voters decided to leave the European Union simply bewildering," emphasized the British leader.

The British electorate was split 52 percent in favor of leaving the European Union, with 48 percent opposed. More Brits voted both to leave and to remain than have ever voted for anything else in the country's history.

In her speech, May also called the opposition Labour party "divided and divisive" and portrayed the party as supporting "voices of hate" - references to Labour's heated leadership contest and the allegations of anti-Semitism in some corners of the party.

Some in the UK have accused the Conservatives of pandering to populists with calls for curbing immigration and promoting British workers over foreign ones. On Tuesday, Home Secretary Amber Rudd said that some companies may be required to reveal what percentage of their workforce was from foreign countries.

Mounting criticism surrounding this remark caused the pound to plunge on currency markets, but has caused stocks to soar as a weaker pound helps boost British exports.