A European court has ruled in favor of the Danish toy giant, finding that its building block design is protected. Critics say the firm is using its heft to crush competition. 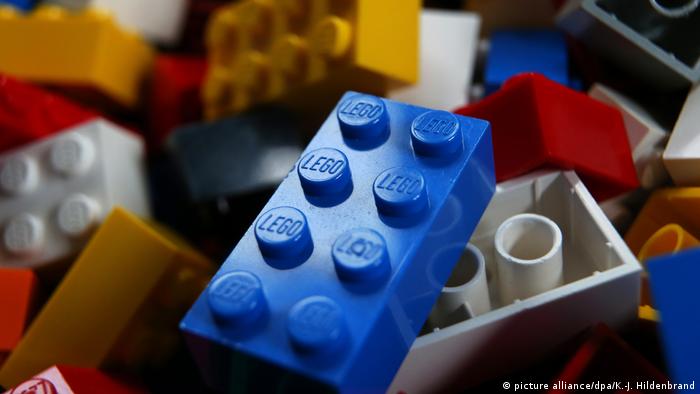 The General Court of the European Union, the bloc's second-highest court, struck down a 2019 decision by the European Union Intellectual Property Office (EUIPO) on Tuesday, ruling that the design of Danish toy manufacturing giant LEGO's building blocks are protected by patent.

Wednesday's decision came after LEGO appealed the EUIPO ruling, with judges writing: "EUIPO erroneously declared invalid a design of a brick of a LEGO toy building set. EUIPO failed to examine the relevance of the application of the exception relied on by LEGO and failed to take into consideration all the features of appearance of the brick."

EUIPO had sided with the German company Delta Sport in 2019, ruling that the design of LEGO bricks was dictated solely by their technical function and thus only protected for a limited time by their design patent — a rule designed to hinder monopolization.

Not just another brick

The brick in question, however, is newer than most LEGO fans may know and was not registered for design patent protection until 2010. The flat plastic plate has the width of three studs, yet these only run down the center of the plate, with the surface to either side being smooth, thus the design is clearly not limited to a technical function — a trick that LEGO has used to complete its building kits as a way to ward off would-be imitators.

The company registered the new brick after the court and the European Court of Justice (ECJ) ruled in 2008 and 2010, respectively, that the classic LEGO brick does not enjoy patent protection because its design is dictated by its technical function.

"The decision confirms our strong belief that the original design should be legally protected against copies," LEGO wrote in response to a query from German press agency dpa.

The court's decision could soon mean that smaller companies such as Delta Sport, Qman, Blue Brixx, Wange and Cobi will be forced to stop selling their products as originally designed.

The court's decision means that EUIPO must now review an exceptions clause declaring that "combination parts" exhibiting "innovative features" that are "a major marketing factor" can be protected even if these are of a technical nature.

The decision is not the last word on the issue, with Delta Sport having the right to appeal at the European Court of Justice, the EU's highest court. Critics of LEGO say the company is using its considerable size and wealth to crush rivals.

Some, however, like Thomas Panke, who was sued by LEGO for using its name on his YouTube channel on toy building blocks, see a bright spot: "A letter from LEGO lawyers can boost sales by 20 to 25 percent." Panke says the Danish company's attacks on competitors only give smaller players more press.