Krill can digest ocean plastics: ′That is certainly not good news at all′ | Environment | All topics from climate change to conservation | DW | 09.03.2018

Scientists have shown for the first time that krill can break down plastic through digestion. But what might sound like a solution to marine plastic pollution is actually very concerning, says the study's co-author. 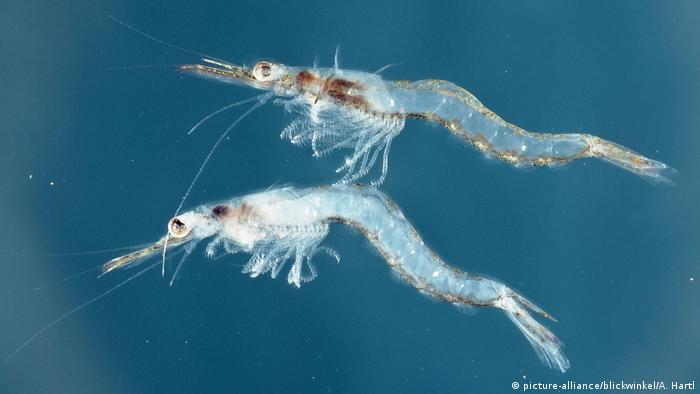 Krill are tiny crustaceans that look a little like shrimp

DW: Krill are among the smallest creatures in the ocean. But your study shows that they have an unexpected feature: They can digest plastic. How does that work?

Willa Huston: What we found is that Antarctic krill actually eat microplastics. The krill takes that in and digests it through their normal digestive processes, converting the microplastics into nanoplastics.

This is the first time that we've understood that krill actually degrade plastic down to smaller sizes — that was a real surprise to us.

How did you come across these findings?

We fed the krill plankton mixed with plastic. The more plastic they were exposed to, the more fragmentation of plastic we found. We actually completely fragmented the krill, and then captured every bit of tissue. We were then able to develop an algorithm to measure the nanoparticles of plastic all throughout their bodies. 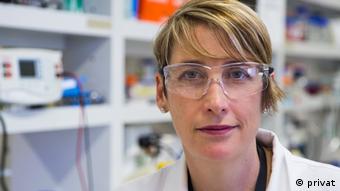 There have been several studies touching on plastic digestion. Why do you consider your findings to be groundbreaking?

Feeding studies in the past have thought that the plastic just passes through, and is excreted or just translocated through organs.

The new side is that the krill physically breaks down the plastic into smaller particles. They do excrete some of those fragmented microplastics, but they also do end up [staying] inside the krills' bodies and their organs.

Which means that any creature that then feeds on krill is taking up microplastics that are broken into nanoplastics.

What are the possible consequences of that?

Plastic is very long-lasting in the ocean. The plastics break up into smaller pieces, mainly by physical processes like light exposure and physical drift in the ocean.

But what we're showing is that, unfortunately, the krill are also breaking it up. That's actually problematic because that means that little tiny bits of plastic could be accumulating in tissues of [ocean] animals that we're all eating. 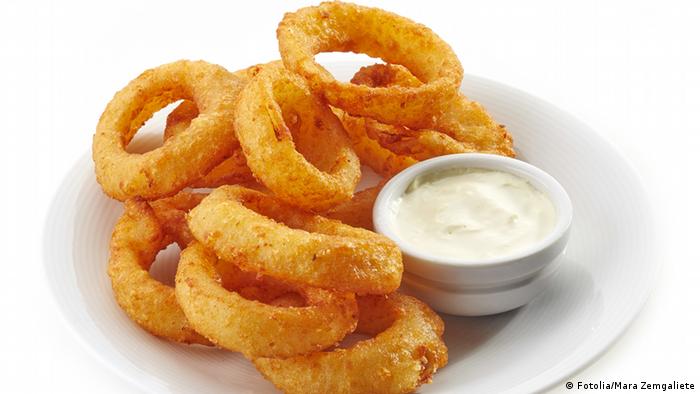 Sqid are among the marine animals that eat krill

And the plastic could end up in the human tissue as well?

We have absolutely no evidence for that. But this certainly is something that the study points to as being a possibility.

Read more: Beware of fish that eat microplastics - you may end up getting a double serve

So the krill fragmenting plastic is not a solution, but rather an additional problem?

It's very problematic; it certainly is not good news at all.

It adds another dimension to how we need to think about the biochemical cycling of plastic in the ocean. It is yet another complexity in the serious problem that we have with plastics in the world's oceans. Antarctic krill are a keystone feature in that ecosystem. The fact that krills might be taking in plastics in their bodies could be quite serious for plastics then accumulating up the food chain in the Antarctic. It's a really important thing that we think everyone needs to consider in their studies going forward.

The study "Turning microplastics into nanoplastics through digestive fragmentation by Antarctic krill" was published in Nature Communications.

The interview was conducted by Lisa Hänel and has been edited and condensed for clarity.