Would you like a side of plastic with your fish dish? Well, you might get it whether you like it or not. Ocean plastic pollution is pervasive. Scientists are trying to figure out the impact on human health. 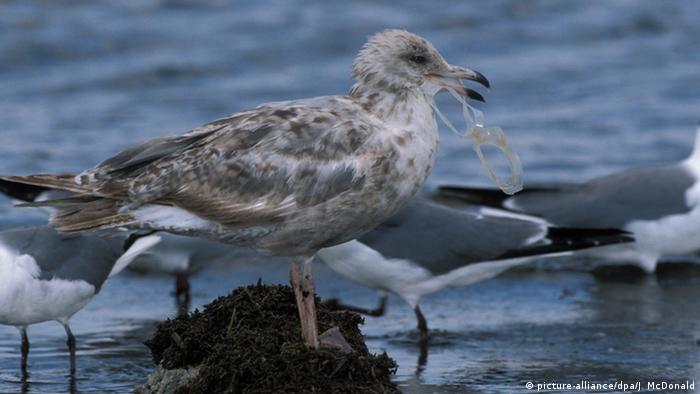 Litter-strewn beaches and trash-clogged coasts are unsightly, but it's what is invisible to the human eye that may pose a threat to animal and human health.

The oceans are a veritable stew of sesame seed-sized bits of degraded plastic, commonly known as microplastics. They are either broken down from larger pieces of plastic or were already small particles, such as beads in facial scrubs.

Each square kilometer of ocean has 63,320 such particles floating at the surface, according to one recent study. The 2016 United Nations Frontiers report estimates that East Asian seas are worst hit with levels some 27 times higher than average. Microplastics have been detected in environments as far-flung as Mongolian mountain lakes and the Arctic Circle. But what does that mean for human beings?

The jury is still out on if and how microplastic impacts various animals, including humans. But there is growing evidence to suggest it has the potential to mess with our health. So much so, that the UN has earmarked the tiny grains as one of six emerging environmental threats warranting further study.

"The scientific community is racing to understand the level of exposure and physiological impacts of microplastic contaminants on various organisms, as well as the risk to human health through consumption of contaminated food," stated the UN Frontiers report.

Bits of microplastic drift on ocean currents and into the paths of sea creatures foraging for food. Scientists have recorded zooplankton, which usually snack on algae, feeding on it. Microscopic themselves, plankton are a source of food for certain fish and other organisms, which are in turn a prey for seabirds and higher predators.

And so microplastics move into and up the food chain. According to another recent study, 25 percent of marine fish tested in markets in Indonesia and California were found to have plastic and textile fibers in their guts. 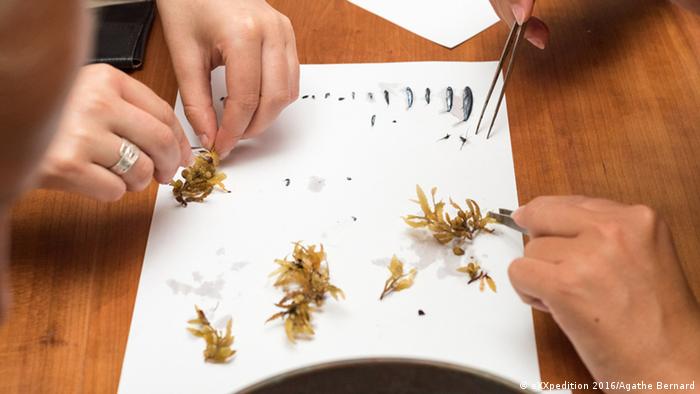 While microplastic in food may increase human exposure to chemicals found in the substance, so far there is no evidence that the risk is higher than exposure through other routes. But there is concern that microplastics bonded with microbes and persistent organic compounds (POPS) such as pesticides and flame-retardant materials, present a danger to marine life and humans, if ingested in sufficient quantities.

A life-long sailor, Gilliam worked at the UK's environment ministry on policy issues relating to plastic and endocrine disruptors, which are chemicals believed to disrupt hormones. Inspired by the ocean campaigners 5 Gyres, she co-founded eXXpedition in 2011, with oceans advocate Emily Penn. The duo wants to highlight the microplastic problem and encourage women to take leadership roles in ocean protection and science. Hence, the double XX chromosomes that determine female sex.

Research has shown that once these contaminants enter the marine environment, they build up over time (a process known as bioaccumulation). They magnify each time a predator consumes its prey, to concentrate in the tissue of species at the top of the food chain.

So determining how microplastic enters and then work its way up the food chain warrants additional scrutiny, says Dick Vethaak, a water quality and ecotoxicology expert at the Vrije University in Amsterdam.

"I consider microplastics to be a health hazard," Vethaak told DW. However, the ecological effects on marine life in the wild are understudied and inconclusive, at least for now, he explained.

"You need to know something about the levels of exposure in the environment before you can say anything about the risk. Exposure and hazards makes the risk," said Vethaak.

Gilliam's team and 5 Gyres are on a quest to detect those hazards and measure the level of microplastics in the ocean. The organizations' 72-foot (22 meter) sailing vessel Sea Dragon has been out on the high seas collecting water samples for analysis by the Global Microplastics Initiative - a project organized by US-based nonprofit Adventure Scientist, which promotes citizen science among outdoor recreationists. 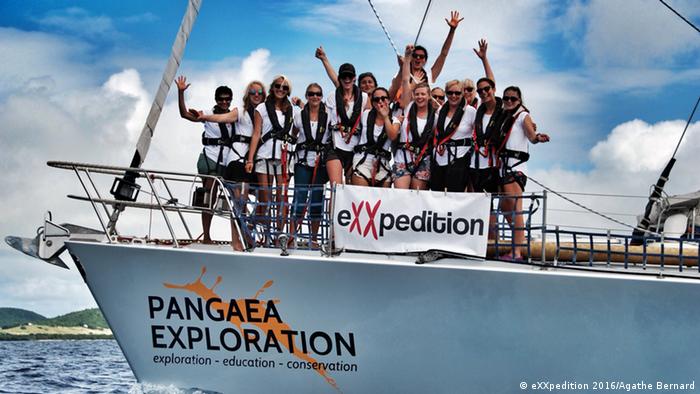 One thing is for sure, "microplastic is pervasive," says Katie Holsinger, the coordinator responsible for collecting the data. And it comes from multiple sources, including lax landfill management, practices, illegal dumping and overtaxed sewage systems. But one aspect of the research surprised Holsinger.

"Ninety percent of our water samples contain microfibers resulting from clothing or textiles," she said. Findings indicate that many of the synthetic garments designed to keep us warm in the outdoors are contributing to the ocean pollution problem.

A recent study commissioned by the eco-minded apparel company Patagonia Inc. concluded that a single fleece jacket sheds up to 250,000 microfibers with each washing. Based on the calculation that 100,000 fleece jackets were washed each year, researchers estimated the amount of fibers entering waterways equaled the amount of plastic found in up to 11,900 plastic grocery bags.

Given the piles of synthetic garments in need of scrubbing, it's not too hard to imagine that microfibers enter marine and freshwater systems undetected via the spin cycle. And if we want to avoid eating the results, this is one of the pollution pathways we have to tackle, say scientists.

"I think there's been a wake up," said Gilliam. "We need to solve this, the oceans are choking."

What would a 'Marshall plan' for Ukraine entail?