Coral behaves unexpectedly when it comes to consuming plastic. Although it's well known that they do swallow microplastic particles, what is really strange is that they seem to actually like it. 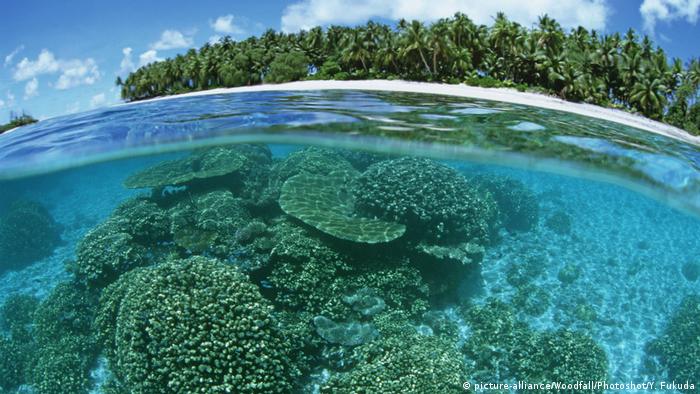 Take a moment and try to imagine being a piece of coral. How does it feel to be sitting there, below the ocean's surface, swinging gently in a soft warm current, in a colorful and vivid environment (let's pretend everything's still fine down there). You have fish passing by, a boat crosses over your head, maybe a diver drops down and starts to explore your underwater hood.

Now, let's get a little bit more realistic. From the boat, and maybe from the diver, pieces of plastic garbage tumble down into your neighborhood. Over time this happens more often, more frequently. Slowly the plastic starts to break down into smaller, later very tiny pieces. What would you do?

Because you are a coral you would probably start to swallow some of those tiny pieces of plastic, just like the species around you do. But now something really strange happens. You actually start to like the taste of those plastic bits. Not of all of them, but some.

Surprisingly, that's exactly what scientists at Duke University's Nicholas School of the Environment found out. I mean, scientists have known for a long time that marine animals mistakenly eat plastic debris. They thought it was mainly because the tiny bits might look like prey. But a new study suggests there may be an additional reason for the potentially harmful behavior: The plastic just plain tastes good.

"Corals in our experiments ate all types of plastics but preferred unfouled microplastics by a threefold difference over microplastics covered in bacteria," said Austin S. Allen, a PhD student at Duke.

So, the scientists figured that the plastic itself would contain something that makes it tasty.

"When plastic comes from the factory, it has hundreds of chemical additives on it. Any one of these chemicals or a combination of them could be acting as a stimulant that makes plastic appealing to corals," said Alexander C. Seymour, who co-led the study with Allen.

More research is needed. But these first, and indeed surprising results were published October 23 in the online edition of the journal Marine Pollution Bulletin.

Time running out to save the world's coral reefs:

When the world's largest emitter set an ambitious 2060 carbon neutrality target at the UN in September, it set off a chorus of hope that global heating might be kept below catastrophic levels.