What is the significance of Khorasan for the jihadist organizations like "Islamic State" and the Taliban? DW looks at the historical and religious import of a geographical area that once covered many present-day nations. 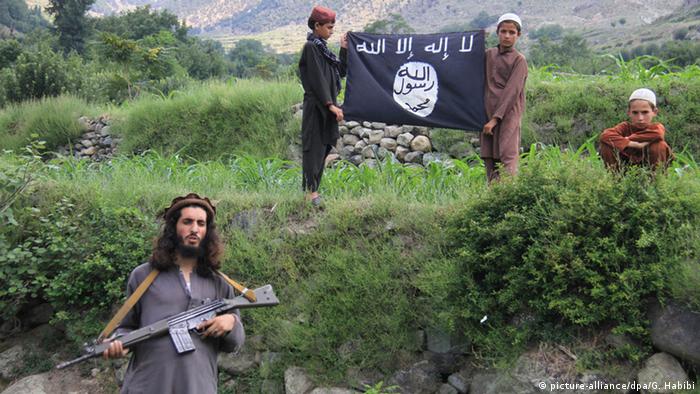 The "Islamic State" (IS) referred to "Khorasan" in a video following an attack on a train in the German city of Würzberg carried out by a young Afghan refugee who had pledged allegiance to the militant group. It wasn't the first time that jihadist groups have mentioned the little-known term.

When they do, they are not speaking of the present-day Iranian Khorasan, which was the largest province of the Shiite country until it was divided into three in 2004. For groups like IS and the Taliban, Khorasan represents a golden era of Islam, an empire, a historic region covering some Central Asia states, and parts of Iran and Afghanistan, where these groups want to establish a caliphate. 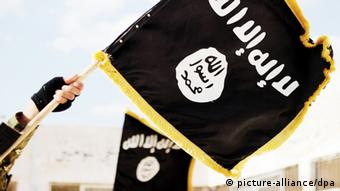 The 'IS' flag features heavily in its online propaganda, but what does the black flag represent?

"Islamic State believes that the black banners - just like its fighters carry - will rise from "Khorasan" just before the end of times," Arif Jamal, a US-based Islamism expert told DW. "Their belief is based on a number hadiths (sayings attributed to Prophet Muhammad)," he adds. "For example, a hadith in Sunan at-Tirmidhi 2269 says that black banners will rise from Khorasan and nothing shall turn them back until they are planted in Jerusalem."

Some Islamic scholars doubt the authenticity of the Khorasan hadiths, but they are quite popular among the jihadist and fundamentalist Islamic groups nonetheless.

Some years ago, a friend of mine had an interesting conversation with a renowned Pakistani religious scholar about the Islamic idea regarding a group of pious men that will defeat an army of the "infidels" before the "end of times." The religious cleric told him that the area that would most likely witness an "ultimate" Islamic upsurge lies in the present-day northwestern Pakistan and southern Afghanistan. He believed the Taliban could be the group of Islamic fighters mentioned in the hadiths.

But IS is vying for control over Afghanistan, after having established its Khorasan branch in 2014. It claimed responsibility for a deadly attack on Afghanistan's Shiite Hazara community on Saturday, July 23.

"The concept of Khorasan in the IS discourse is as vague as it is in the Islamic scriptures. Roughly, the geographic area includes Afghanistan, Iran, Pakistan, some parts of the Central Asian republics, China and India," Jamal said.

"But the significance of Khorasan for these groups is not historical or geographical. It is definitely religious. The modern Salafist jihadists believe that the end of times is fast approaching and the"'Armageddon" is around the corner," Jamal explained. 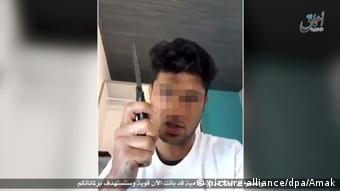 "A number of Muslim groups have used symbols like a black flag to associate themselves with Al-Mahdi, a messiah who Muslims believe will appear near the end of time. The Muslim Abbasid dynasty used the black banners and referred to their caliph as Al-Mahdi in an attempt to legitimize their rule," according to Jamal.

But Aslam Syed, a Bonn-based Islamic scholar and historian, says that the sayings attributed to Prophet Muhammad regarding Khorasan are not authentic.

"These are weak traditions and cannot be verified. Over the years, the Muslim rulers have manufactured them to justify their invasions to foreign lands. The prophet did not say anything about Khorasan," Syed told DW.

But Khorasan does represent an era of intellectual advancement in the Islamic history, asserted Syed.

"Khorasan was actually the cultural, intellectual and the theological center for the Muslims for a long period of time. When it was conquered by the Arabs, it was just a province. After that when the caliphate became weak in Baghdad, many dynasties – both the Shiite and Sunni dynasties – emerged out of it," said Syed, adding that the last Muslim dynasty from Khorasan was the Khwarazmian dynasty that fought against the Mongols.

Later, Khorasan was split into several areas; some became part of Afghanistan, the others were joined to Iran, Tajikistan and Uzbekistan, said the scholar. Khorasan, as a separate territory, came to an end in the 14th century. 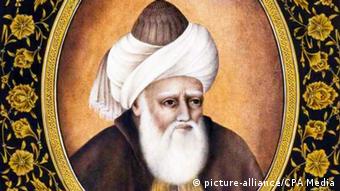 "Great Persian poets like Rumi and Rudaki, and philosophers like Avicenna all came from what used to be Khorasan. Hence, it does represent a glorious area, but not in the sense that is described by the Islamist groups," Syed underlined.

What jihadist groups like IS want, according to Syed, is to remove the national boundaries between Central Asian states, Iran and Afghanistan and merge them into a single entity like the Greater Khorasan.

Islamism expert Jamal is of the view that for Islamists, the idea of Khorasan also carries a strategic significance. "According to some Islamic sources, the prophet is said to have advised Muslims to go and live in Syria before the end of time. The center for the Islamic believers, according to the jihadist literature, would be a place called "Ghota," in Damascus. This explains why IS has chosen Syria as its headquarters."