Jerusalem: An eerily different Easter in the time of coronavirus | Middle East| News and analysis of events in the Arab world | DW | 09.04.2020

Jerusalem: An eerily different Easter in the time of coronavirus 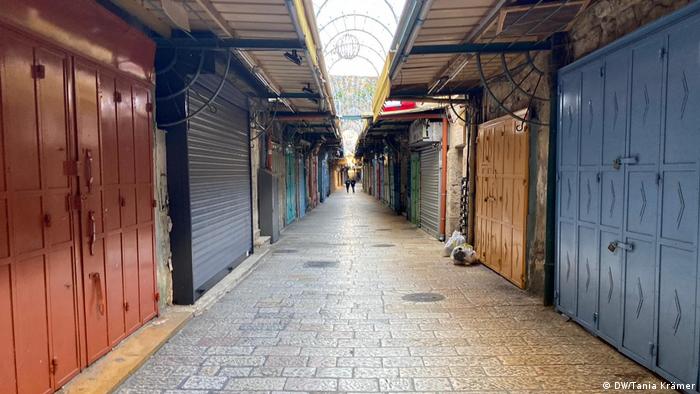 On a Good Friday afternoon, Christians in the Old City of Jerusalem traditionally remember the hour of Jesus's passing. Normally, during Easter and the Jewish Passover, local and foreign visitors would flock into the Old City. But nothing is normal this year.

Like other holy sites, the Church of the Holy Sepulchre, which is at the center of Easter celebrations, is closed to the public. Most shops along the Old City's alleyways have locked their iron doors except for a few like a bakery near Damascus Gate where some people await their turn. At a vegetable stand nearby, residents shop a little faster than usual.

'Simply no one around'

"We've become used to receiving so many pilgrims, for the last 2,000 years at least," says Arsen Aghazarian via Skype from the Armenian-Christian quarter. "But this year it will be tough, we won't see any visitors."

Easter in Jerusalem is usually one of the busiest periods with all the different Christian communities holding their processions and ceremonies. Here, Easter is often celebrated twice: by Catholics and by the Orthodox community, each according to their calendar. But now, the Via Dolorosa, the way of the cross that thousands of worshipers usually walk, — some carrying wooden crosses — following Jesus's path, is eerily quiet. 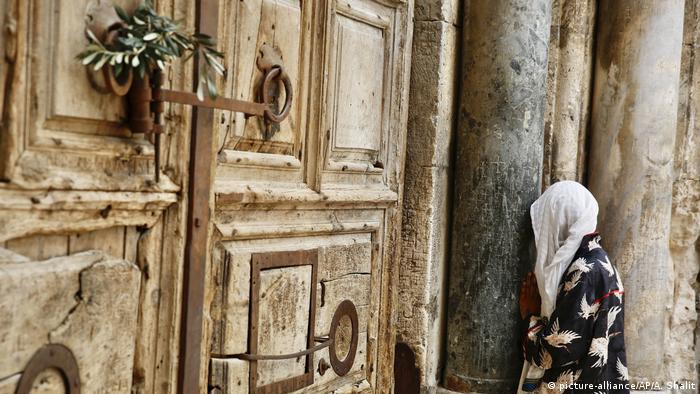 Special prayers to fend off the virus

Israel's caretaker-government has steadily tightened restrictions to stem the spread of the virus. Gatherings of more than 10 people have been banned. Residents should only venture out from their homes within a 100-meter radius or to buy essential items. Christian (and Islamic) leaders have adopted these emergency regulations.

"This year, in short, there are cancellations, postponements and modifications: It will be an Easter week with the most live-streaming to date," says Wadie Abunassar, media advisor to the Catholic bishops in Jerusalem. "There will be no public processions, especially not along the Via Dolorosa on Good Friday. This is to keep people safe."

The traditional Good Friday procession by the Franciscan order looks like it will go ahead, but in downsized form. The Palm Sunday procession which signifies the start of the Holy Week has been cancelled. Instead, the Latin archbishop Pierbattista Pizzaballa held a special prayer at the Mount of Olives to fend off the pandemic and blessed Jerusalem and the world.

Churches of Nativity and the Holy Sepulchre closed

During Seder evening, the beginning of the Jewish Passover, Israel imposed a brief curfew and banned travel between cities to encourage people to stay at home and to celebrate with their immediate family only. Over Easter, when extended families often gather and visit, people have been encouraged to curtail celebrations. 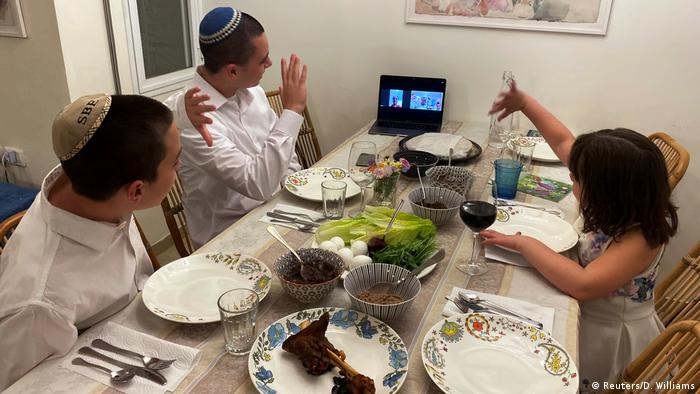 "This year, we will have to stay at home unfortunately. We will be calling our relatives through the internet or smartphone," says Arsen Aghazarian, a young Armenian Christian. He will mostly miss visiting the Church of the Holy Sepulchre, he adds. The church, which was built on the site where Christian tradition holds that Jesus was crucified, buried and resurrected, closed its wooden door two weeks ago — like most other churches in the Old City.

As for the Orthodox Easter, the traditional "Holy Fire" ceremony will be held, but only a limited number of religious leaders and clergy from the various communities will be invited to attend. Most ceremonies are expected to be broadcast live for people to follow from their homes.

Most Palestinian Christians in the occupied West Bank and the Gaza Strip will have to do with following Easter mass from home. Usually around Easter, many hope to get an Israeli travel permit to join the celebrations and to visit relatives in Jerusalem. But this year nobody is thinking about traveling. In the West Bank, the Palestinian Authority applied strict measures to prevent the further spread of the coronavirus shortly after the first cases were reported in Bethlehem at the beginning of March. Ever since, the city has been under lockdown and the Church of the Nativity has closed its doors to visitors.

There will be no lines of people waiting for permits in the Gaza Strip, a place which has been largely closed off by Israel for over a decade: "It will be a sad Easter," says Lama Qattan on the phone from Gaza City. "We are used to difficult situations, we had three wars, but this [the pandemic] is really frightening. We can't even visit close family and friends." 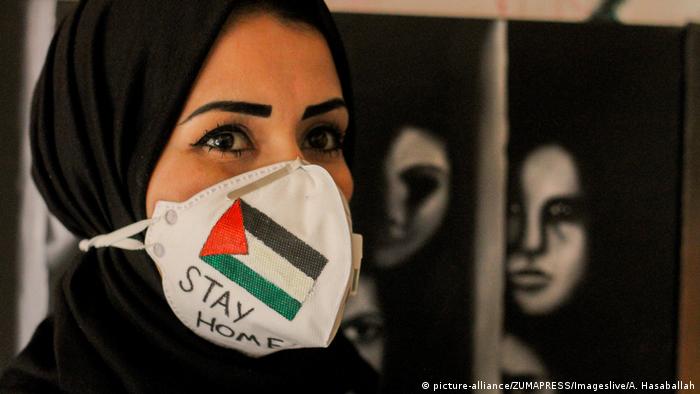 Densely populated with a creaking health care system: Locals in Gaza are being urged to stay at home

There is great concern among the public over a wider outbreak of COVID-19 in Gaza. In the densely populated area, keeping the recommended social distancing is almost impossible, and the already troubled health system would not be able to cope with such a pandemic. Although the ruling Hamas has not imposed a full lockdown, people have been asked to stay home. Mosques and churches have been closed.

Lama, who belongs to the small Roman-Catholic community in Gaza, rarely leaves her home.

"In times of crisis we visit each other or go to pray in the church, but this is not possible right now," she says. Instead, she phones her family to stay in touch and keeps her two children busy coloring Easter eggs. "We will only be able to celebrate when this nightmare is over. Until then we pray to God."

Coronavirus: For Christians, a strange Easter in Jerusalem