Two courts have dismissed bids by churchgoers to overturn bans on gatherings during the pandemic — including for Easter services. Catholic and Protestant leaders are urging congregants to stay "responsibly" in isolation. 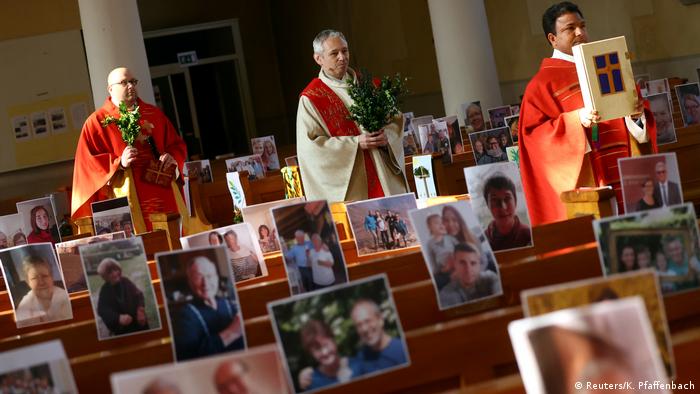 Administrative courts in Berlin and Hesse have ruled against Catholic churchgoers keen to assemble at Easter — despite bans on gatherings to slow the viral spread of Sars-CoV-2.

The Catholic bishop Rudolf Voderholzer asked dissenters if they "really wanted to boost the virus's spread."

On Tuesday, Berlin's administrative court rejected an emergency application from Catholic congregants who wanted a service for 50 people.

Earlier, administrative courts in Hesse and Saxony ruled that bans on gatherings are lawful.

"Beverage stores are open, the church is not. Whom do you want to explain that to?" Hahne told the Neue Osnabrücker Zeitung. He said not being allowed to physically attend services struck at the "core" of church practice.

Thomas Mertens, a lead virologist at Germany's pandemic advisory Robert Koch Institute, told the Catholic KNA news agency: "Infection can only be excluded in this space [a church] when religious services do not take place."