The Japanese move is likely to disrupt supply chains and escalate tensions with South Korea. Tokyo said the decision was taken for national security reasons, but Seoul views it as retaliation. 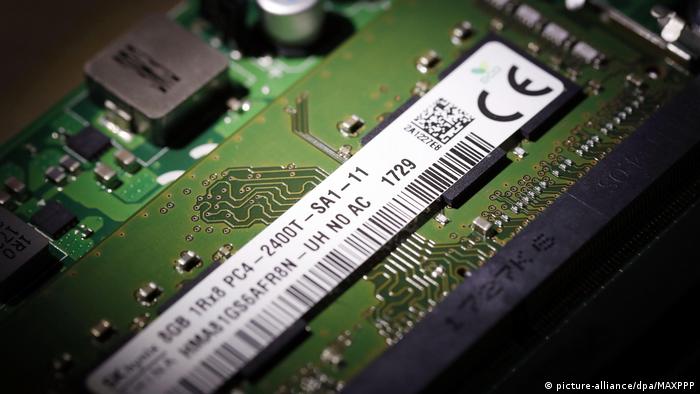 Japan's cabinet on Friday approved a plan to remove South Korea from a "whitelist" of countries with preferential export controls, a move that is likely to further fray already damaged relations between the two countries over wartime reparations.

The decision expanding a curb on exports of sensitive materials comes a month after Japan imposed a requirement for Japanese companies to receive case-by-case approval for the export of industrial materials used for semiconductors, smartphones and other high-tech devices.

The new measure, to go into effect August 28, will apply a stricter approvals process to an expanded list of materials that could be diverted to military use. It could require South Korean exporters to take extra administrative procedures to secure export licenses.

The move is likely to disrupt supply chains and the high-tech sector at a time of global trade tensions set off by a US-China trade war.

South Korea confirmed they would be reciprocating the move by taking Japan off their "whitelist." Finance Minister Hong Nam-ki said that the Japanese government's decision "fundamentally destroys the relations of trust and cooperation that the two countries established."

"For this, we express our strong protest and deep regret, and urge Tokyo to immediately withdraw its vengeful trade measures."

"Japan should withdraw its unilateral and unfair measures as soon as possible and come to dialogue."

Moon was unequivocal as he told his cabinet: "We won't be defeated by Japan again," conjuring memories of South Korea's troubled history with Japan, which colonized the Korean peninsula prior to World War II.

Seoul views its removal from the "whitelist" as retaliation for a South Korean court ruling last year that Japanese firms should compensate forced laborers used before and during the war.

Both nations are close US allies. The ongoing dispute between the two East Asian powers comes as the United States seeks to present a united front against North Korea at a time where denuclearization talks with Pyongyang have stalled.

China, who are in the midst of their own trade conflict with the US, were keen for a resolution to the spat between their Asian neighbors. Chinese Foreign Minister Wang Yi urged "sincerity and goodwill in a forward-looking manner, in an objective and fair manner, so as to properly handle the existing differences."

Protesters stood outside the Japanese embassy in Seoul with signs saying "No Abe", in reference to the Japanese Prime Minster Shinzo Abe.

"This is an economic invasion that attacks the vital point of our economy," said Park Seok-woon, president of the Korea Alliance for Progressive Movement.

Fighting it was in effect "South Korea's second independence movement" against Japan, he added.

Japan's Foreign Ministry has summoned the South Korean ambassador amid a deepening diplomatic dispute over wartime compensation. Earlier, an elderly man set himself on fire in protest outside Japan's embassy in Seoul. (19.07.2019)