Companies like Samsung will likely be affected by the new export controls, which followed a series of court rulings demanding that Japan pay compensation to victims of forced labor during WWII. 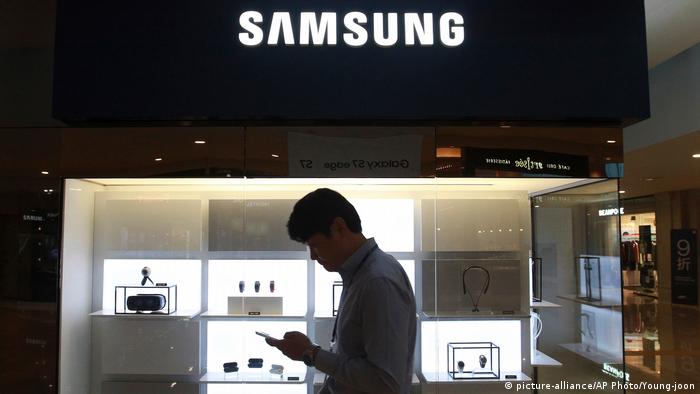 Japan announced on Monday that it would tighten restrictions on exports of high-tech materials used in smartphone displays and chips to South Korea.

The country's Ministry of Economy, Trade and Industry (METI) said the tighter exports controls would go into effect on July 4.

They will affect materials such as fluorinated polyimide, resist, and hydrogen fluoride, as well as the transfer of manufacturing technologies, by removing them from a list that allowed expedited export.

Under the new rule exporters will have to apply for permission for each batch they wish to export to South Korea, a process that would take approximately 90 days per request, local media reported.

South Korean tech giants such as Samsung Electronics, SK Hynix and LG Electronics would potentially be affected by the new restrictions.

Tokyo's decision likely came about in response to a series of rulings from South Korean courts, which ordered Japanese firms to compensate victims for forced labor during World War II.

"The export control system is built based on international relations of trust," Japan's METI said.

"After reviews by relevant ministries, it must be said that the relations of trust between Japan and South Korea have been significantly harmed," the statement added.

"As trust has been lost, we cannot have a dialogue and are unable to ensure that proper export controls are being taken," a spokesman for METI said.

Park Tae-sung, a senior South Korean trade ministry official, responded to the move by saying Japan was in violation of WTO rules.

"This export control measure by Japan is a measure that is banned in principle according to WTO agreements," Park Tae-sung told reporters.

"We find such measure by the Japanese government regrettable," he added.

The relationship between Japan and South Korea has been strained for decades as a result of Tokyo's brutal 1910-45 colonial rule over the Korean peninsula.

Japan has insisted that the issue of forced labor was fully settled in 1965, when both countries restored diplomatic relations.

Japanese whalers have restarted commercial whaling after a 31-year break. The decision prompted outrage among activists, but experts say it might actually seal the fate of Japan's whaling industry. (30.06.2019)