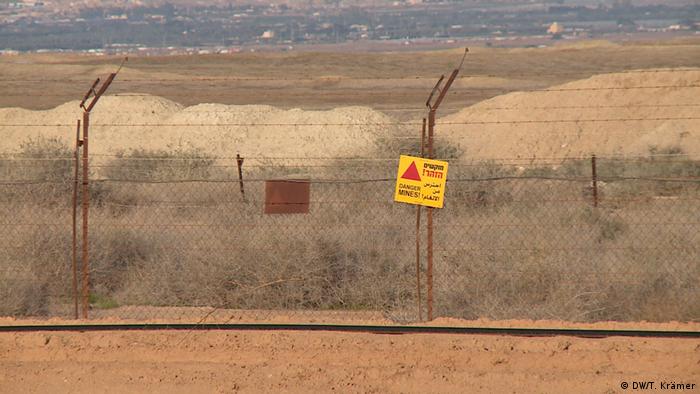 It's not even midday in the Jordan Valley and it’s already over 30 degrees Celsius in the shade. Ibrahim Daiq checks on the small green dates hanging from a small palm tree in his date grove on the outskirts of Jericho, a Palestinian city in the occupied West Bank. Everything looks fine for the upcoming harvest in September, he says. But what is coming next month is seriously worrying him.

In July, the Israeli government could enact legislation to annex the Jordan Valley and other parts of the West Bank. The potential move is likely to have huge repercussions in the region. "There is no clear path for peace in this decision," says Ibrahim Daiq. "We are very fearful about what is to come. It will just create a more insecure situation."

What is the situation in Jericho?

Jericho is in the heart of the Jordan Valley, a large area of the occupied West Bank that runs along Jordan's border and was captured by Israelis in the Six-Day War in 1967. 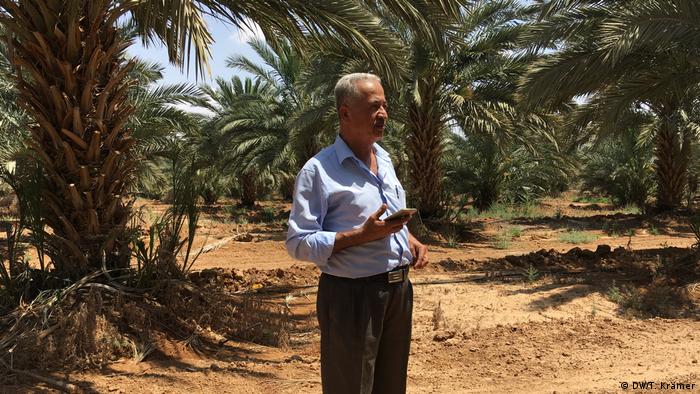 Israel’s annexation plan could change all that. The Jordan Valley could officially become part of Israeli sovereign territory. Some of the areas annexed may include Palestinian villages and Bedouin tribes. In an interview with Israeli newspaper Israel Hayom, Prime Minister Benjamin Netanyahu said Palestinians living in annexed areas would not receive Israeli citizenship.

Jericho itself, however, is likely to remain under Palestinian administrative control. But residents are concerned that there might be more restrictions and that access to other parts of the West Bank will become even more difficult.

Why make the move?

The Jordan Valley is an important economic and agricultural area for both Israelis and Palestinians, although Palestinians have difficulty accessing many areas. Successive Israeli governments have also seen it as a security belt against Arab States to the East.

The latest elections, and US President Donald Trump's controversial peace plan, have given Israel more room to exert its control. The new coalition agreement between Netanyahu's Likud party and Defense Minister Benny Gantz's Blue and White party allows for the annexation of the Jordan Valley and respective Jewish settlements as early as July.

While the US plan still envisions negotiations between Israelis and Palestinians to establish a Palestinian state, it offers Palestinians very limited enclaves and overall Israeli security control.

"The Trump Netanyahu deal — it's a game changer," says longtime Palestinian negotiator from Jericho, Saeb Erekat, in an interview with DW. "They want to cancel all agreements, they want to cancel the terms of reference, international law, resolutions of the Security Council and dictate a solution."

Currently, an Israeli-US mapping team is detailing annexation drawings, even under criticism from both sides. Some Israeli settlers, for example, oppose it because it includes the notion of a Palestinian state.

"In July, sovereignty should be applied over the Jordan Valley, the northern Dead Sea and the Jewish settlements in Judea and Samaria [West Bank] regardless of the Trump plan," says David Elhayani, mayor of the Jordan Valley regional council settlements. He hopes that the rest of the plan will never come to fruition.

The Palestinian leadership, which cut off diplomatic ties with the Trump administration in 2017, has rejected the US proposal altogether. Last week, in response to the annexation plans, President Mahmoud Abbas called off security coordination with Israeli and American security agencies.

Erekat says annexation could have serious repercussions. "The Palestinian Authority was born to take Palestinians, through negotiations, from occupation to independence," he states.

"Now Netanyahu and Trump are saying, no, no, no, you will continue to be under occupation, but we will give it another name."

For many Palestinians, the idea of an independent state has gradually faded away. Since Israel occupied the area in 1967, it has controlled water resources, land and movement of its inhabitants.

Whatever the extent of the probable annexation, it would further squeeze cities like Jericho. "It is already difficult to move within our country," says Najwa Amar, a student from Jericho. "We already feel like foreigners in our own land. That's unacceptable."

Several EU countries, the UN and several Arab States have criticized the annexation plans as a violation of international law and as a potential end of a two-state-solution. Most countries are expected not to recognize the potential move by Israel.

But among Palestinians, many don't bet on any strong international stance to prevent any annexation plans at all.

It keeps date farmer Daiq worried about what will happen before the harvest. "The whole issue just brings more disillusion and pessimism that it's all over," he sighs.