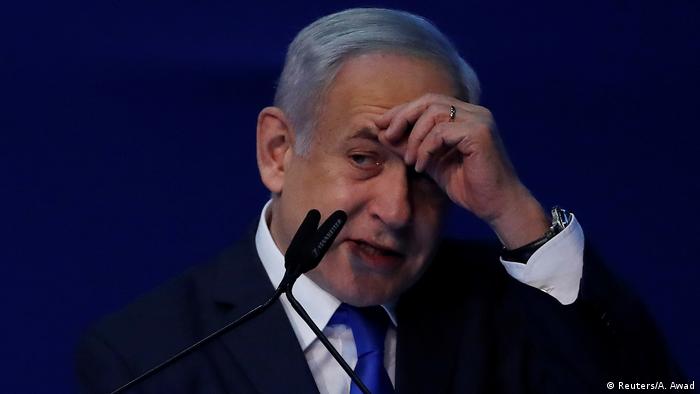 Prime Minister Benjamin Netanyahu was sworn in last Sunday for the fifth time in hislong political career as the head of on Israeli government. This Sunday he appeared in an East Jerusalem district court for the start of a widely anticipated trial on charges of fraud, breach of trust and bribery. Netanyahu has denied any wrongdoing and repeatedly described the allegations against him as a witch hunt aimed at him and his family.

"I remember very well when three years ago, the police came to Netanyahu's residence for the first time," said Aviad Glickman, a court reporter who has covered Netanyahu's case from the beginning for Israeli TV Channel 13. "It's like a kind of closure now that it [trial] finally starts. But it is also the first time in Israel's history that a sitting prime minister will be in court."

The trial was supposed to start in mid-March but was postponed because of the coronavirus crisis. In a widely criticized decision, then-Justice Minister Amir Ohana, a close ally of Netanyahu, announced emergency measures to freeze all court procedures except for urgent cases. But now, as courts are resuming their work with some hygiene restrictions in place, a panel of three judges will read out the charges against Netanyahu and three other defendants. A request by Netanyahu's lawyers this week not to require his attendance on Sunday was rejected by the court.

Netanyahu can choose whether to attend future sessions depending on the stages of the trial, legal experts have said.  But the prime minister will certainly have to accommodate additional days in court during the trial.

"To do their jobs well, his lawyers have to consult with him all the time and he has to be briefed on every detail when he is not there. This will be particularly important during the phase of cross-examinations and testimonies," said Amir Fuchs, legal researcher at the Israel Democracy Institute.

In what is known as case 1,000, Netanyahu faces charges of fraud and breach of trust.  He is accused of receiving gifts such as cigars, pink champagne, jewelry and air tickets worth about a million Israeli shekels (€260,00, $283,400) from wealthy friends such as Hollywood producer Arnon Milchan and Australian billionaire James Packer.

In case 2,000, Netanyahu is accused of having attempted to get more favorable coverage from one of the leading newspapers, Yedioth Ahronoth, while offering its publisher, Arnon Moses, to weaken the circulation of another daily in return. Netanyahu's defense team rejects that such attempts were made. The prosecution has indicted Netanyahu for fraud and breach of trust while the publisher faces charges of bribery.

Case 4,000 is considered the most serious among the three cases. It alleges that Netanyahu made regulatory decisions that could have benefitted Shaul Elovitch, a major shareholder in the Israeli telecommunications firm Bezeq. In exchange, Elovitch allegedly ensured favorable reporting on behalf of the Netanyahu family on Walla, a news website Elovitch owns. In this case, the prime minister and Elovitch are both charged with bribery. 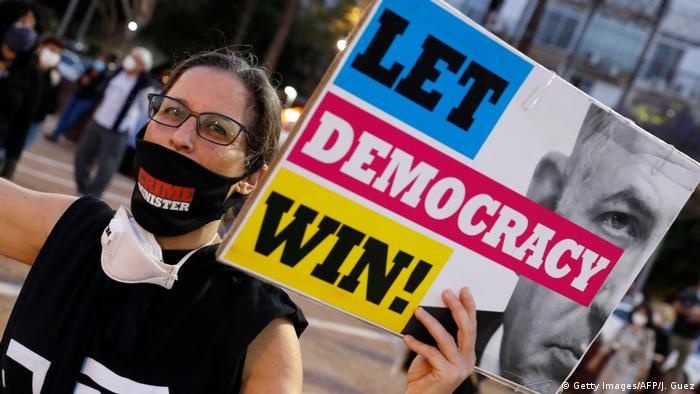 Protests for and against Netanyahu

Netanyahu's cases and persona have long divided Israelis. Rami Matan, a retired army colonel, goes out regularly to protest against Netanyahu and hoped to see a different prime minister after the last election.

"Sure, he is innocent until proven guilty. But it's not right and not moral that a PM will lead the government in the afternoon and in the morning defend himself in court," Matan said after a protest of army veterans in front of the prime minister's residence in Jerusalem. "He should fight in court for his innocence, but please, leave the government, leave us and the country alone."

Netanyahu and his supporters have blamed the left, the media, the police and the judiciary for plotting against him.

"On the right, people think it's all fake, it's all to frame him, while on the left, people just want to see him go," says Uri Dromi, director of the Jerusalem Press Club and former spokesperson for the Rabin and Peres governments. "Then you have those who say, 'Ok, there is a court system, we believe in it, now the trial starts, let them do their work and see what happens.'"

It is not the first time that Israelis see a politician in the dock — or even in jail should the cases ultimately end with a guilty verdict. But almost all such officials stepped down before being indicted, as former prime ministerEhud Olmert did. He was subsequently convicted and had to serve a prison sentence. Under Israeli law, ministers have to step down if indicted, but prime ministers are not required to do so until they are found guilty and have exhausted the appeal process.

Netanyahu, who has been prime minister for over a decade, has always refused to step down. After three inconclusive elections within a year and long political deadlock, he still managed to bolster his position as both Likud's leader and as prime minister. His handling of health issues during the coronavirus pandemic afforded him high approval rates in public surveys.

For the next 18 months, he will lead the new "national emergency government" that he formed with his former political rival, Benny Gantz (Blue and White).

The trial is expected to last more than a year.

The prime minister faces charges of bribery, fraud, and breach of trust in three separate cases. The indictment hearings follow a deadlocked federal election that has left Netanyahu struggling to stay in power. (02.10.2019)