Former Israeli premier Olmert has received early release from prison, but he may still not be in the clear. Police are investigating him for trying to publish secrets. 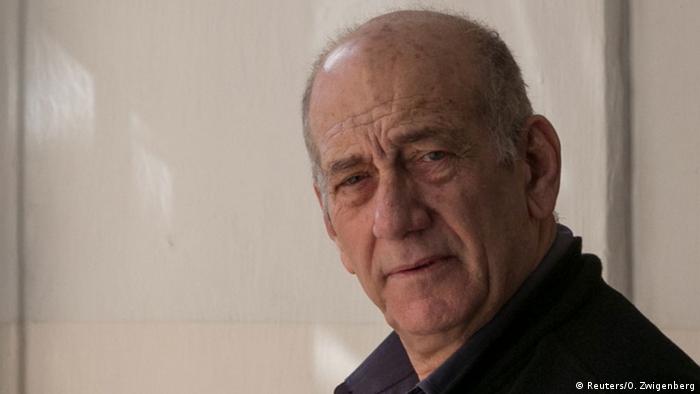 An Israeli prison parole board ruled to release former Prime Minister Ehud Olmert from prison on July 2 after completing two-thirds of  a 27-month graft sentence.

The 71-year-old Olmert, who was premier between 2006 and 2009, was convicted of corruption in 2014 and entered prison in February 2016. He was the first ex-prime minister to go to prison.

Prosecutors said they opposed Olmert's early release, but a six-person parole board said the former premier had been "punished for his deeds and paid a heavy price."

"The inmate underwent a significant rehabilitation process in prison and displays motivation to continue it," it added. "All this significantly diminishes the risk he will deviate again from honest practice."

The decision comes a week after Olmert was hospitalized after complaining of chest pains.

Even when the former premier is released early, he may not be in the clear.

Police earlier this month started a criminal investigation into whether Olmert snuck a chapter of his memoirs out of prison that may contain secret or sensitive security information.

As part of that investigation, police raided the Yediot Aharonot publisher and seized Olmert's manuscript.

Olmert resigned in September 2008 after being indicted for graft in connection to real-estate projects during his time as mayor of Jerusalem in the early 2000s. He remained in office until March 2009, when current Prime Minister Benjamin Netanyahu came to power.

The former premier took power in 2006 after then-Prime Minister Ariel Sharon suffered a stroke. He was widely credited with trying to advance the ultimately unsuccessful Annapolis peace talks with Palestinians after giving concessions on East Jerusalem and the West Bank.

However, towards the end of his term Israel launched the 2008-9 war in Gaza in response to Hamas weapons tunnels and rocket fire into Israel.

The UN and human rights groups criticized Israel's handling of that war, which destroyed infrastructure and left more than 1,000 Palestinian civilians dead.