Sara Netanyahu was accused of overspending state funds on catered meals at the premier's official residence although it employed a full-time chef. A plea bargain saw her avoiding a harsher sentence. 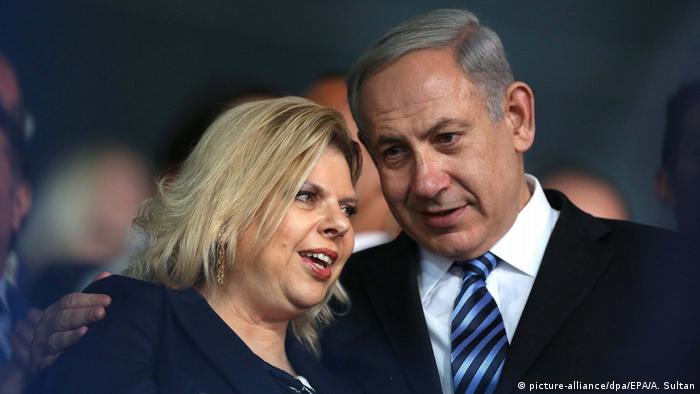 The 59-year-old was expected to receive a five-year-sentence, but the court accepted a plea bargain that saw her admit to lesser charges.

She had been accused of obtaining more than $100,000 (€89,000) from the state for ordering hundreds of meals from restaurants, bypassing rules that forbid using such funds if a cook is employed at home.

The lavish meals allegedly came from a number of well-known restaurants in Jerusalem, including an Italian restaurant, a Middle Eastern grill and a sushi restaurant.

Her lawyers said the food had been ordered against her will. 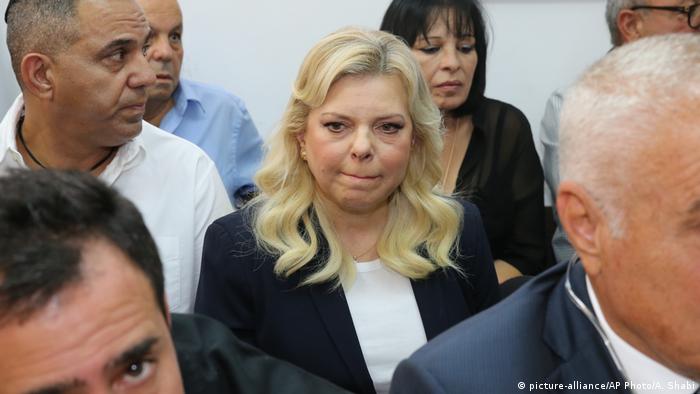 "The deal reached between the sides is worthy and appropriately reflects the deeds and their severity on the criminal level," Avital Chen, the magistrates' court justice, said after the Sunday verdict.

It is not the first time Sara Netanyahu, an educational psychologist, has come before a court over alleged misbehavior.

In 2016, a labor court in Jerusalem found her guilty of abusing an employee at the official residence and ordered her to pay $47,000 in damages, and in 2018, the Netanyahus won a libel suit against an Israeli reporter, Igal Sarna, who claimed Sara Netanyahu had once thrown her husband Benjamin out of a car onto the side of the road during an argument.

She has also long faced other allegations from employees of extravagance, abusive behavior and mistreatment.

The prime minister is himself embroiled in a series of corruption investigations. Both he and Sara say the charges are politically motivated and fabricated by a hostile media.

He came to the defense of his wife in a Facebook post on Saturday that described Sara as a "real heroine" who was "a punching bag for the media."

Sara married Benjamin Netanyahu in 1991 in a second marriage. They have two sons.