The first hearing, on Tuesday, has been put back two months after courts were put on emergency schedules. The Israeli prime minister is accused of receiving improper gifts and offering political favors. 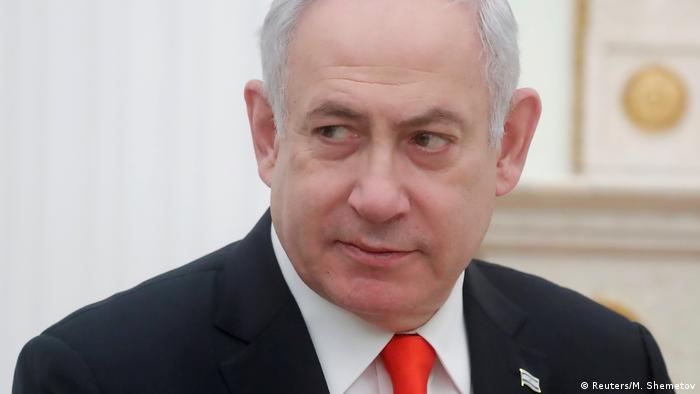 Israeli Prime Minister Benjamin Netanyahu's corruption trial was on Sunday delayed for two months due to concerns about coronavirus.

The first hearing at Jerusalem's District Court had been due to start on Tuesday but has now been postponed until May 24, according to a statement from the court.

Israeli courts have been put on emergency schedules as part of efforts to prevent the spread of the virus that causes COVID-19.

In a statement, the court noted that given the coronavirus pandemic it had been instructed to hear "only urgent matters."

Netanyahu, the first Israeli premier ever to be indicted in office, is accused of bribery, fraud and breach of trust in three corruption cases.

The prime minister allegedly offered political favors in return for positive press coverage and helped wealthy business contacts in return for gifts. He denies wrongdoing and says he is the victim of a media-orchestrated witch hunt.

Netanyahu's lawyers had previously appealed for a delay, saying they needed more time to review evidence. But the request was rejected.

Despite the charges, Netanyahu's right-wing Likud party won the most seats in the March 2 elections and he is aiming to form a new government

But Likud and its allies fell short of the 61 seats needed for a majority. It was Israel's third inconclusive vote in less than a year.

Netanyahu has now called on his main challenger, Benny Gantz of the centrist Blue and White party, to form an emergency, national unity government to tackle the coronavirus crisis.

Israel has 200 confirmed cases of the virus with tens of thousands of people self-isolating at home.

Netanyahu announced a new series of restrictions late Saturday, including the barring of public gatherings of more than 10 people.

Germany and Israel: A rocky road to friendship

Sixty years ago, two men, Konrad Adenauer and David Ben-Gurion, met at New York's Astoria Hotel. There, they laid the foundation for a highly unlikely relationship between Germany and Israel. (13.03.2020)

UN human rights officials have said over 100 firms doing business in the West Bank are supporting the Israeli occupation of internationally recognized Palestinian territory. Israel said the UN is advocating a boycott. (13.02.2020)

Criticizing the US Middle East peace plan, the EU's foreign policy chief said the bloc needs a strategy to end unrest between Israelis and Palestinians. He said he hopes both sides could accept the EU as a mediator. (14.02.2020)