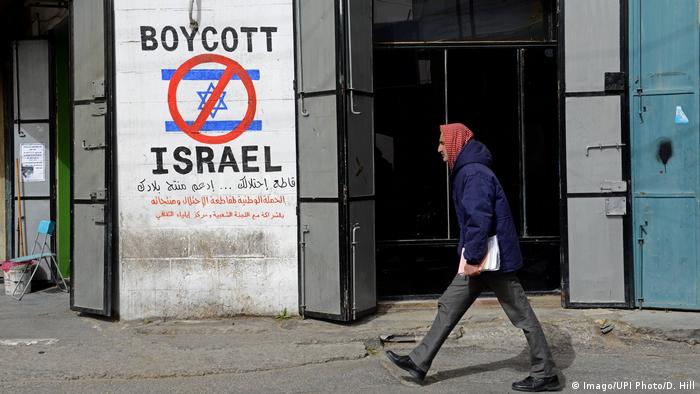 The UN Human Rights Office on Wednesday released a long-awaited report listing 112 businesses it said profited from Israeli settlements in the West Bank.

The majority of the companies on the list are based in Israel and include banks, construction companies, markets and telephone operators.

Israeli settlements in occupied Palestinian territory in the West Bank are considered to be in violation of international law.

In 2016, the UN Human Rights Council (HRC) called for a database listing all businesses supporting the settlements or engaging in "specific activities related to Israeli settlements in the occupied Palestinian territory."

According to the HRC, the businesses listed are involved in activities that "raise human rights concerns," including facilitating settlement construction or providing security services, banking and demolition equipment.

On Wednesday, a spokesman for UN Commissioner for Human Rights Michelle Bachelet said the report was not a "blacklist," and was not intended to accuse the companies operating in the settlements of violating international law.

However, the list could affect the companies' international image. Companies named could also be targeted for boycotts intended to put pressure on Israel over the settlements.

The report also said the companies would not be listed permanently.

Vacation rental portal Airbnb has already acknowledged listing properties in the West Bank and said last April it would donate profits from bookings in the territory to humanitarian aid organizations.

"Instead of the organization dealing with human rights, it only tries to disparage Israel," he said.

Palestinian Foreign Minister Riad Malki said the report was a "victory for international law and for the diplomatic effort" to "dry up resources" of "illegal settlements" in the Palestinian territory.

Israel has previously accused the Human Rights Council of collaborating with the Palestinian-led  "Boycott, Divestment, Sanctions" (BDS) movement, which advocates a political, cultural and economic boycott of Israel.

"Whoever boycotts us will be boycotted," said a statement from Netanyahu.