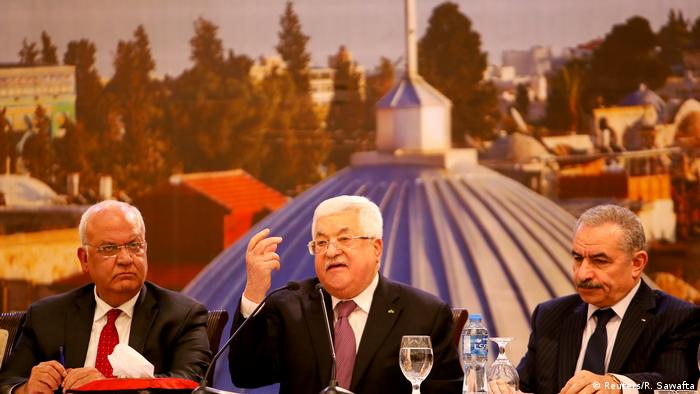 The Israeli–Palestinian conflict has been raging for decades. Neither wars, terror attacks, uprisings, international treaties, peace agreements nor repeated promises to honor UN resolutions have changed a thing. There is deep mistrust between both parties, and practically no willingness to strike any kind of historic compromise to achieve peace.

In light of this gloomy status quo, the announcement by a US president to present a fresh peace plan to get things moving again should have been cause for cautious optimism.

But it's not. President Donald Trump is not exactly known for visionary peace plans. And so, unsurprisingly, his suggestions to resolve the Israeli–Palestinian conflict offer no new ideas or solutions. On the contrary, what Trump has hailed as the "deal of the century" is actually a misnomer. It is not a deal in the actual sense of the word, it does not reflect a compromise between two equal partners. Instead, it is an attempt to impose Trump's ideas on the Palestinians.

The president's so-called deal largely caters to Israel's security interests, save for a few symbolic concessions to the Palestinians. The Palestinians, who were not even consulted in the formulation of the plan, would be the clear losers should this proposal be implemented. They could lose areas currently under Israeli occupation or controlled by settlers though annexation — even though the Palestinians are entitled to these lands by international law.

Trump's plan supposedly envisions an independent Palestinian state, though they must be subordinate to Israeli security interests and completely demilitarize. Jerusalem is to become Israel's "undivided" capital — as Trump unilaterally declared in 2017 — and the Palestinians may retain some eastern neighborhoods as their future "capital."

Trump declared that his plan might be the last opportunity Palestinians ever have to get their own state. He was, in others words, telling them to seize this last, final chance. Trump's plan, however, will not create two equal states. Instead, it will seriously disadvantage the Palestinians.

This approach is immoral and degrading because it unfairly favors the more powerful Israeli side. But the approach is also highly dangerous as it effectively leaves Israel free reign to annex further Palestinian territory.

Israeli Prime Minister Benjamin Netanyahu will be pleased with Trump's plan — it's been a while since any Israeli leader received such broad backing from Washington. This could lend him momentum in the election campaign, and might distract from the corruption charges he faces.

Massive criticism is expected from Arab and Muslim leaders, even though not all of it will be genuine. Extremist elements, meanwhile, will happily instrumentalize this plan to carry out terrorist attacks and perpetrate violence. None of this will do anything to bring peace to the Middle East.