Palestinian leader ends all agreements with Israel, US 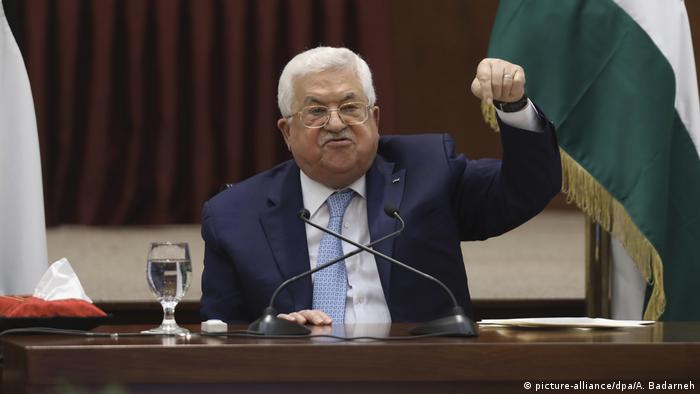 Palestinian President Mahmoud Abbas on Tuesday declared an end to all agreements and understandings with Israel and the United States, according to Palestinian news agency Wafa.

"The Palestine Liberation Organization and the State of Palestine are absolved, as of today, of all the agreements and understandings with the American and Israeli governments and of all the obligations based on these understandings and agreements, including security ones," Wafa cited Abbas as saying at an emergency meeting.

Speaking after a meeting of the Palestinian leadership in Ramallah, the 85-year-old leader said Israeli annexation of any parts of the occupied West Bank would ruin chances for a two-state solution.

Abbas has made multiple previous threats to end security cooperation with Israel without ultimately following through. He did not give any details about what his latest declaration would mean in practice.

Abbas added that Israel would now have to "shoulder all responsibilities and obligations in front of the international community as an occupying power over the territory of the occupied state of Palestine," according to Wada.

The United States, as a "primary partner with the Israeli occupation government," will be "fully responsible for the oppression of the Palestinian people," Abbas said.

The Palestinian leader's statement came in response to Israel's plans to annex settlements and the Jordan Valley in the occupied West Bank.

Israeli Prime Minister Benjamin Netanyahu on Sunday swore in a new unity government with former rival Benny Gantz. Under the coalition agreement, the government can discuss annexing parts of the West Bank from July.

The annexation plans are in accordance with US President Donald Trump's Middle East plan, which was released in late January. But Trump's plan drew sharp criticism and Palestinians have rejected it out of fear it will recognize Israeli claims to parts of the West Bank that they want for a future state.

The Palestinian leadership has been boycotting the US government since President Donald Trump unilaterally recognized Jerusalem as Israel's capital in late 2017.